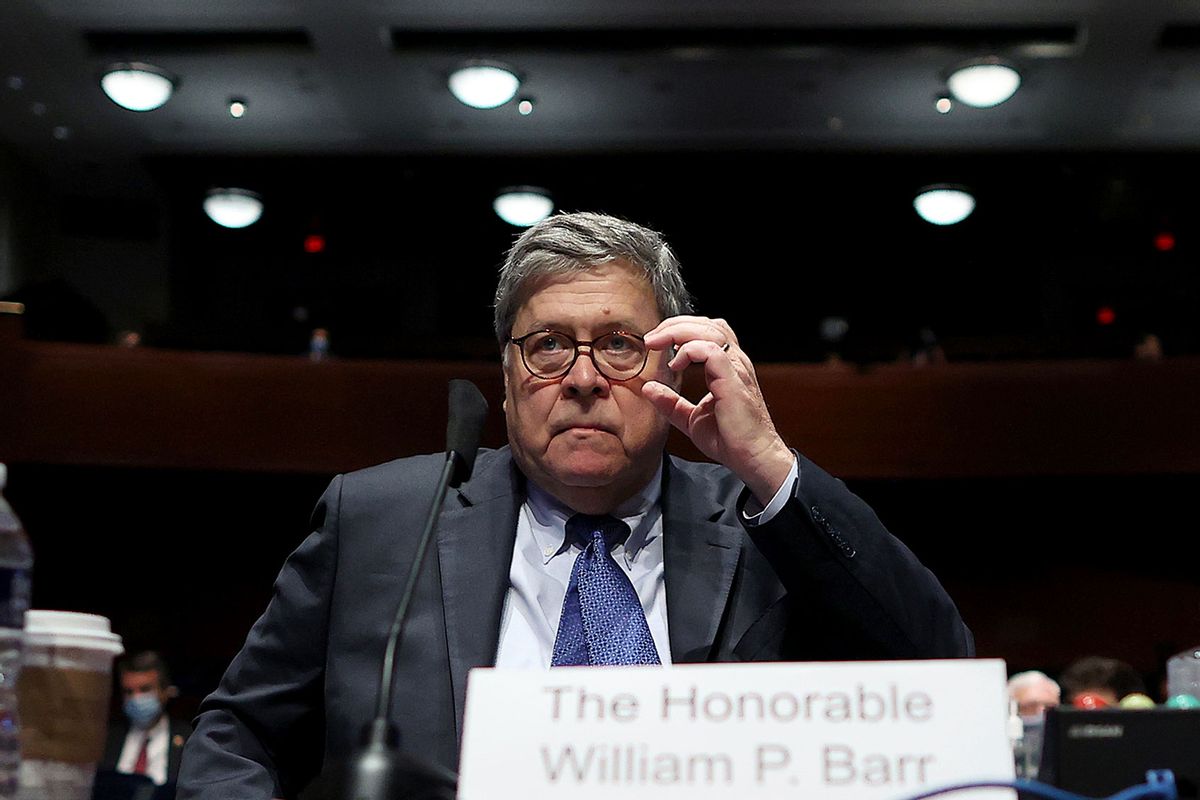 US Attorney General William Barr testifies before the House Judiciary Committee hearing in the Congressional Auditorium at the US Capitol Visitors Center July 28, 2020 in Washington, DC. (CHIP SOMODEVILLA/POOL/AFP via Getty Images)
--

Former Attorney General Bill Barr has been subpoenaed as part of Dominion Voting Systems lawsuit against Fox News, which claimed in the aftermath of the 2020 election that the company's software has been compromised by voter fraud.

The subpoena was reportedly circulated last week along with subpoenas of other officials, including Secretary of Georgia Brad Raffensperger, who rejected Donald Trump's request to "find" just enough votes in his favor to overturn the election.

In the wake of the 2020 election, Trump baselessly claimed that Dominion's voting machines had systematically switched Trump's votes with Biden's votes, giving the president an unfair advantage. That claim was at the heart of the select committee's first hearing on the Capitol riot last month, which featured closed-door testimony from Barr, who at first legitimized Trump's election denials but later refused to go along with them.

"I told them it was crazy stuff and they were wasting their time on it, and they were doing a great disservice to the country," Barr said of Trump's conspiracy theories about Dominion's voting machines, which were trumpeted in 2020 and 2021 by multiple anchors on Fox News. "I saw absolutely zero basis for the allegations, but they were made in such a sensational way that they obviously were influencing a lot of people."

Raffensperger has also testified in the hearings, confirming previous reporting that the former president vaguely threatened the Georgia official with a criminal inquiry if he refused to look into claims of fraud. At one point, both former Trump attorney Rudy Giuliani and former Trump campaign lawyer Sidney Powell erroneously claimed that Raffensperger had received "kickbacks" for "its contract to provide voting machines to the state."

In its $1.3 billion lawsuit, Dominion has argued that Fox News knowingly broadcasts that bogus allegation in a bid to win back viewers after calling Georgia for Biden on Election Day.

"The false accusation that Dominion had bribed Georgia officials – a claim for which Powell never offered a shred of evidence – was manufactured out of whole cloth in order to discredit Georgia Republicans after they publicly rebutted," the company wrote in its complaint.

Fox News responded to Barr's subpoena in a statement, calling Dominion's lawsuit "outrageous, unsupported and not rooted in sound financial analysis." The lawsuit, Fox News said, is "a flagrant attempt to deter our journalists from doing their jobs."

"We are confident we will prevail as freedom of the press is foundational to our democracy and must be protected."

In addition to Barr and Raffensperger, Dominion has also subpoenaed Christopher Krebs, a top cybersecurity official at the Department of Homeland Security during the Trump administration. Krebs made headlines in November 2020, after he was fired by the former president for stating that the 2020 election was "the most secure in American history.