Paul Ryan “found himself sobbing” during the January 6 insurrection: book

“I spent my whole adult life in that building,” Ryan said of the Capitol. "It really disturbed me, foundationally" 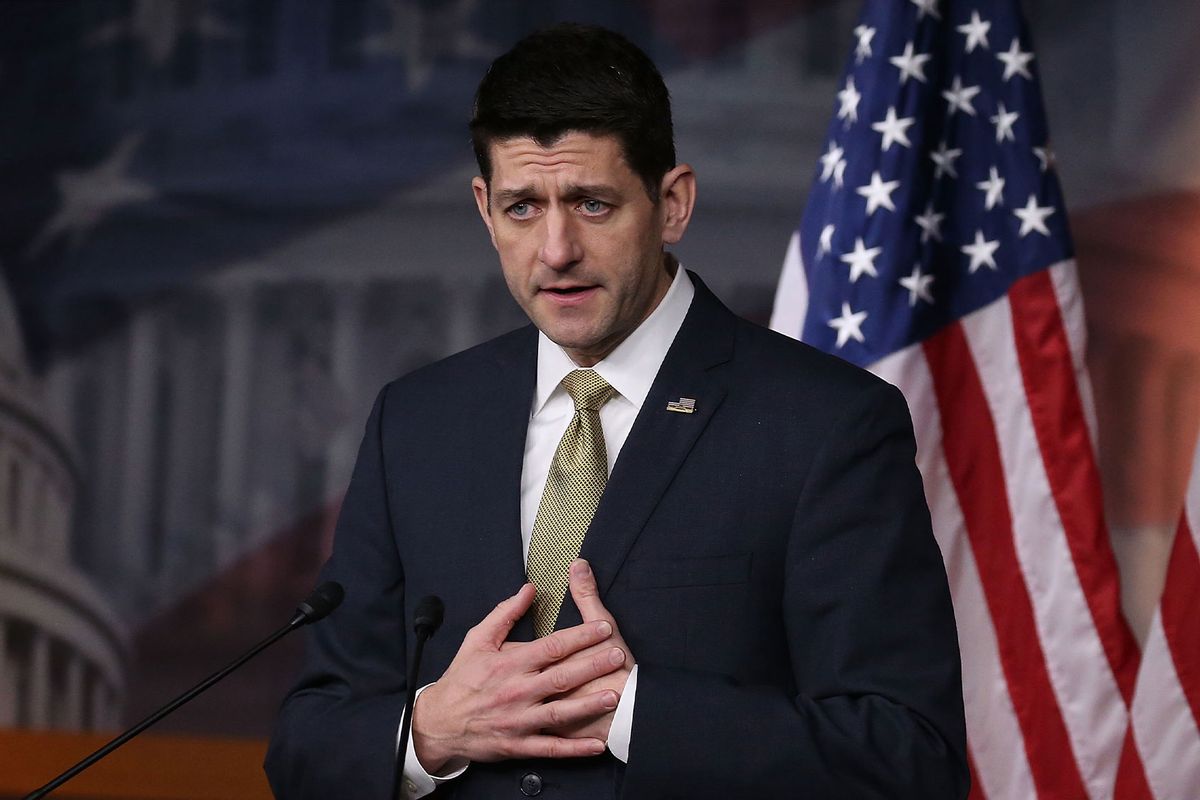 Former House Speaker Paul Ryan, a Republican, "found himself sobbing" as he watched the Capitol riot unfold on January 6, according to a new book.

In journalist Mark Leibovich's new book, "Thank You For Your Servitude," Ryan claimed he felt "disturbed" by the events that day, CNN reported.

"I spent my whole adult life in that building," Ryan told The Atlantic's Leibovich. "And I saw my friends, a lot of cops, some of my old security detail – I'm still friends with a bunch of those guys. It really disturbed me, foundationally."

The Wisconsin Republican also said that "something snapped in him" that day.

"Ryan figured the president would b**ch and moan and maybe make a big show of 'fighting' for his supporters for a while," as Leibovich explained in the book. "Everyone could feel good and victimized. But eventually Trump would just leave; hopefully, he would know to do this on his own. And everyone could then just get on with their lives."

Once viewed as a rising star in the GOP, Ryan spent roughly two decades in the Capitol serving as one of Wisconsin's representatives in the U.S. House. During the 2012 presidential race, the former official campaigned as a running mate to then-presidential candidate Sen. Mitt Romney, R-Utah, who lost the election to Barack Obama. Ryan was later Speaker of the House in 2015, retiring just four years later.

Since his retirement, Ryan has mostly stayed out of the political fray. However, that hasn't stopped him from leveling critiques at Donald Trump and the GOP from the sidelines.

Last month, the former House speaker argued that congressional Republicans "didn't have the guts" to impeach the former president in the aftermath of the insurrection. Trump later responded by calling Ryan a "pathetic loser."

RELATED: Trump lashes out at Paul Ryan after he urged Republicans to move on

Ryan has also repeatedly cast doubt over the former president's baseless claims of voter fraud in the 2020 election.

The House select committee is expected to hold two separate hearings this week as the investigation into Donald Trump's incitement of the Capitol riot continues. The hearings are set to feature testimony from former White House Counsel Pat Cipollone, who reportedly had an insider's perspective into Trump's failed plans to subvert the election. The hearings are also expected to feature testimony around various right wing groups' schemes to take control of voting machines.