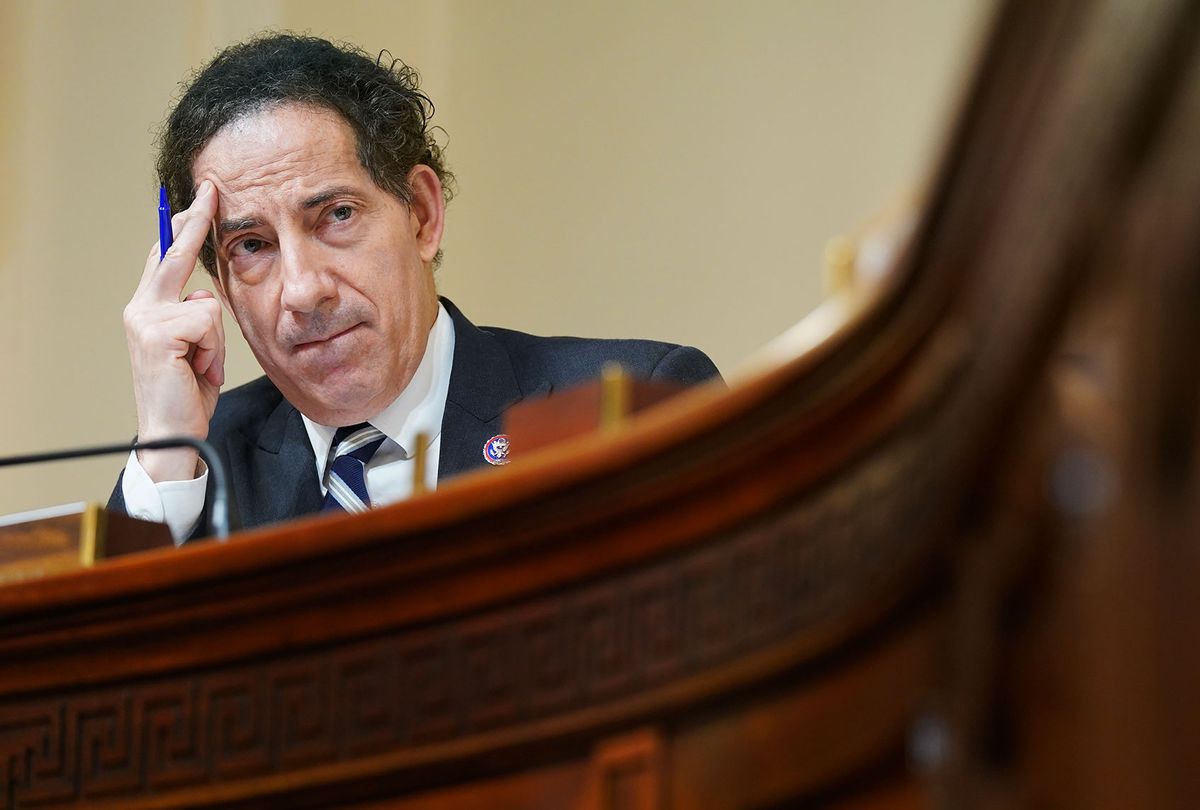 Rep. Jamie Raskin said Sunday that more explosive testimony before Congress in the week ahead will help the American public better understand that what former President Donald Trump perpetrated on and before Jan. 6, 2021, was a series of actions and decisions unprecedented in all of American history.

Asked on "Face the Nation" by host Robert Acosta whether the next scheduled hearing on Tuesday would "blow the roof off the house," something Raskin had previously said, the Democrat from Maryland responded: "Well, not literally, certainly. But I think what I meant is that when you add all of this up together, it is the greatest political offense against the union and by a president of the United States in our history. Nothing comes close to it."

Raskin, a member of the House select committee investigating the Jan. 6 attack on the U.S. Capitol, is set to lead the Tuesday hearing, which will be the seventh by the committee thus far.

"The attempt to overthrow the result of a presidential election through a political coup, and the mobilization of an armed violent mob, cannot really be compared to anything else a president has done," said Raskin. "It makes the Watergate break-in look like the work of Cub Scouts."

On Friday, the Jan. 6 committee received sworn testimony behind closed doors from former White House counsel Pat Cipollone, who held that position before, during and immediately after the Jan. 6 insurrection. According to Politico on Sunday, Rep. Stephanie Murphy, D-Fla., also a member of the committee, said Cipollone — despite claiming attorney-client privilege a number of times throughout the questioning — provided "a lot of relevant information" while under oath.

"I think there was a lot of information that fit into this bigger puzzle that we're putting together," Murphy said.

"We're going to get to use a lot of Mr. Cipollone's testimony to corroborate other things we've learned along the way," Raskin said. "He was the White House counsel at the time, he was aware of every major move I think that Donald Trump was making to try to overthrow the 2020 election and essentially seize the presidency."

Read more on the Jan. 6 committee: