Donald J. Trump, meanest of mean girls: He so doesn't want to be our friend anymore

Trump's evident criminality is no big surprise at this point. But his whiny, wounded immaturity is astonishing 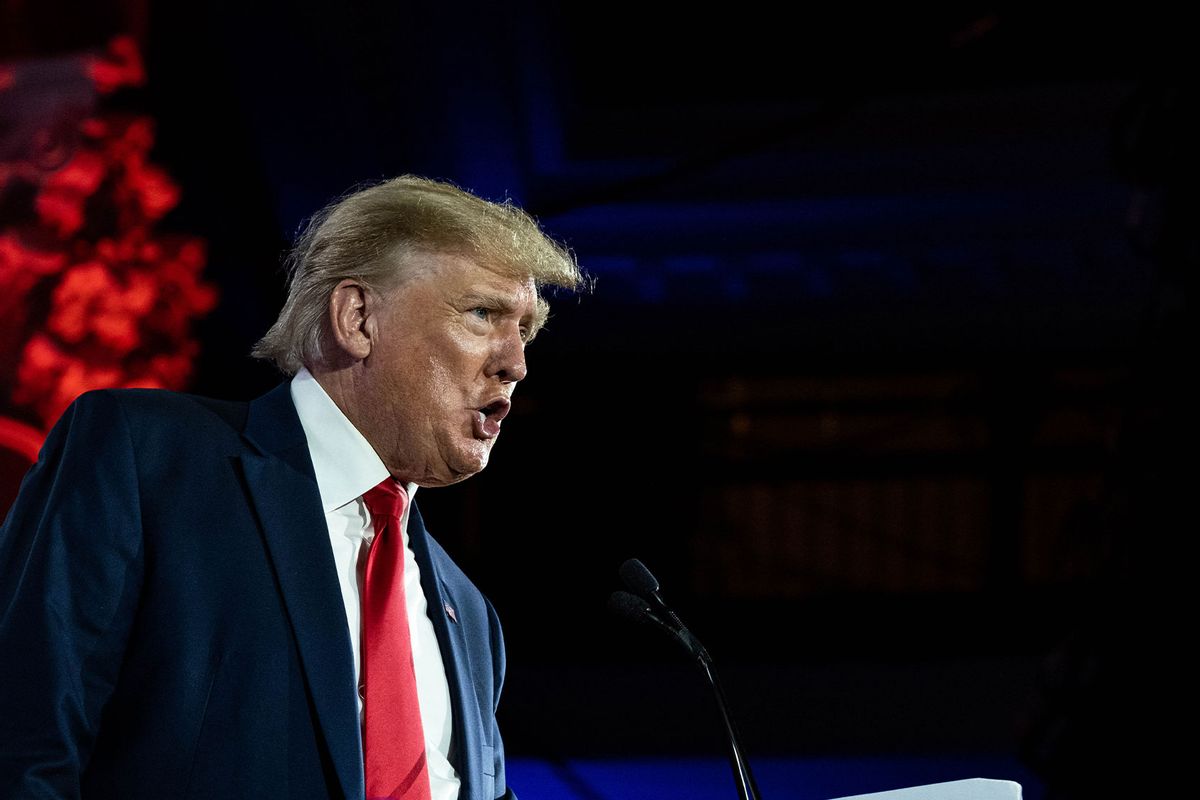 Testimony before the House Jan. 6 committee has often been cringeworthy, primarily because what Donald Trump was actively trying to do — his steadfast intent, in the face of all evidence and most of the advice from the approximately sane people around him — is abundantly clear to anyone who has an open mind.

But it gets especially excruciating when we have to hear accounts of Trump getting all hissy and hurt, his tantrums turning to vindictiveness, like an immature, petulant high school student. (Most likely a ninth-grader with emotional problems.)

None of that behavior is surprising, because Donald John Trump has always shown everyone around him — and indeed everyone, period — precisely who he is, a shameless man-boy who lies and cheats to get ahead and takes pleasure in bullying others, all the while bleating about how others treat him unfairly because they accurately point out that he's a liar, cheat and bully.

He's a human Möbius strip of misdirection, misinformation and misappropriation of funds from his supporters.

We've always known that Trump was happy to encourage violence among his followers, so while it was shocking to hear about him reportedly throwing White House lunches and dinners against the wall or onto the floor, or about his henchmen's alleged efforts to influence witnesses, mob-style, it wasn't exactly surprising.

Everybody's talking about Cassidy Hutchinson's bombshell testimony — but let's go back to the Jan. 5 session when Trump tried to browbeat Mike Pence.

In its sessions so far, the Jan. 6 committee has covered a lot of ground. While everyone and their uncle is talking about former White House aide Cassidy Hutchinson's bombshell testimony during the surprise hearing on June 28, let's not forget the session that focused on Trump's relationship with his fanboy vice president, whom we now know Trump was willing to see hanged in front of the Capitol by the armed mob he had summoned to Washington and whipped into a fury.

In meeting with Mike Pence and John Eastman — the attorney full of imaginative schemes who later on just wondered about that pardon — on Jan. 5, 2021, the eve of You Know What, Trump reportedly pressed the veep to do his bidding in his usual mature manner: "You can either go down in history as a patriot, or you can go down in history as a pussy." (We don't know whether any of the White House china wound up on the floor during this encounter.)

When Pence correctly responded that he had no constitutional authority to stop or reject the certification of the electoral votes, according to the account in "Peril," by Bob Woodward and Robert Costa, Trump tried to appeal to some untapped adolescent side within the pious Hoosier, asking him: "But wouldn't it almost be cool to have that power?"

While it's a bit of a stretch to call Mike Pence a hero, his backbone had apparently been stiffened by conversations with former Vice President Dan Quayle and retired federal judge J. Michael Luttig (man of exceedingly slow answers), and he continued to resist. That was when Trump pulled out his big guns, threatening Pence with the horror of taking away his friendship:

When Pence did not budge, Trump turned on him.

"No, no, no! Trump shouted, according to the authors. "You don't understand, Mike. You can do this. I don't want to be your friend anymore if you don't do this."

One is reminded of the queen bee character played by Rachel McAdams in Tina Fey's spot-on 2004 film "Mean Girls." She wouldn't have been so pathetically direct about it, but manipulating others by leveraging her "friendship" was certainly how she rolled.

But that wasn't the final card pulled by Mean Girl Trump in the climactic Pence meeting. When the vice president refused to play along with Trump's plot to subvert the Constitution and undo the outcome of a legitimate election, Trump called on his public, via social media and speeches and anything else he could think of, to "tell on" Pence and ramp up the pressure for him to "do the right thing." What's more, he kept that up well after he had to know that Pence was in real physical danger at the Capitol.

People inside the White House, including the former president's daughter Ivanka, have testified that Trump phoned Pence on the morning of the insurrection and during a final heated conversation called him a "wimp" and a "pussy."

Trump's deepest fear, through all this, was that he might wind up being thought of as a loser. As reported by the New York Times, the day before Trump and his many co-conspirators — in the West Wing, in the "war room" at the Willard hotel and in the Capitol itself — kicked off the insurrection for real, he admitted as much to people around him:

The president has told several people privately that he would rather lose with people thinking it was stolen from him than that he simply lost, according to people familiar with his remarks.

That is so, so high school. And there it is again, the knowledge that what he was doing was based on a lie (in case "Just say the election was corrupt and leave the rest to me and the Republican congressmen" wasn't enough for you). Trump always planned to say the 2020 election was stolen if he didn't win. He started undermining the process in the eyes of his supporters back in the 2016 primaries and then when he lost the popular vote to Hillary Clinton by nearly 3 million.

People of my generation are always hoping that members of the younger generation will step up and save us from ourselves. Cassidy Hutchinson, a well-spoken 25-year-old, did just that. It was remarkably brave of her to do the right thing, to tell the truth about what she saw and heard in the mob social club of the Trump White House. (It's also reasonable to ask what she thought she was doing there in the first place.)

The ultimate lesson of these hearings so far is clear: The former president of the United States still thinks it might be "cool" to destroy democracy, and if you don't want to go along with that he definitely won't be your friend anymore — and might just encourage his followers to string you up.

As Salon columnist and longtime White House correspondent Brian Karem noted recently, if our democracy is to survive, this dangerous mean girl must finally face the consequences of his actions. Seeing Trump and his enablers prosecuted would only be a first step toward our national recovery, but a vitally important one. It might make sure that future presidents don't emulate his example — and remind them that "being our friend" isn't actually part of the job.

Read more on our 45th president and the Jan. 6 committee: