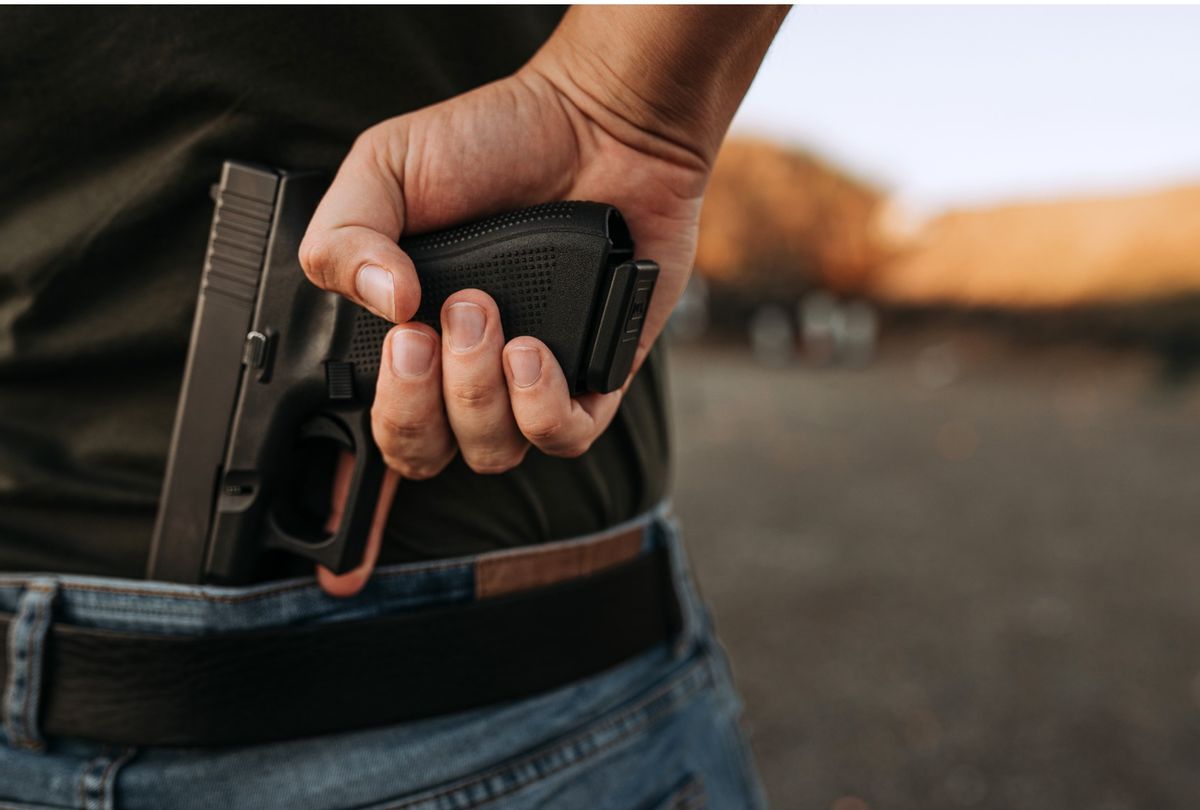 Dolores County Sheriff Don Wilson never expected to use Colorado's red flag law when it was passed in 2019. He thought the law made it too easy to take a person's guns away.

The statute allows law enforcement officers or private citizens to petition a county court to confiscate firearms temporarily from people who pose an imminent threat to themselves or others.

"All it is is one person's word against another," said Wilson, whose sparsely populated territory is in southwestern Colorado near the Utah border.

Then, in August 2020, a Dove Creek man threatening to kill his neighbors and himself pointed a semi-automatic rifle at a deputy. Wilson petitioned for and was granted an extreme risk protection order to remove the man's weapons, though the sheriff said his mistrust of the red flag law has not changed.

"If a gentleman pulls a rifle on my deputy and then comes and threatens to shoot up my courthouse and kill me, kill the judges, and kill the district attorney," Wilson said, "I've got a problem with that person having a gun."

The Uvalde, Texas, school shooting prompted a bipartisan gun control agreement in Congress that could provide funding to encourage more states to pass red flag laws. But in response to conservative objections, the bill Congress passed included funding for crisis intervention to states whether or not they establish red flag laws.

Similar opposition was seen in Colorado, where Dolores County and at least 36 other counties declared themselves "Second Amendment sanctuaries" after the red flag law was introduced.

But 2½ years later, those declarations appear to have had little effect on whether protection orders based on the law are filed or enforced. Petitions for protection orders have been filed in 20 of the 37 sanctuary counties, often by the very sheriffs who had previously denounced the law, according to a KHN analysis of the petitions obtained through county-by-county public records requests.

"These are sheriffs and law enforcement who were originally saying, 'We want nothing to do with this law,'" said Lisa Geller, state affairs adviser for the Johns Hopkins Center for Gun Violence Solutions. "But in practice, they are using it, and this is not something that's unique to Colorado. Law enforcement ended up realizing, 'Hey, this is the best tool we have to protect ourselves.'"

Nineteen states and Washington, D.C., have implemented some form of red flag law while, according to the website SanctuaryCounties.com, more than 62% of U.S. counties are now covered by either state or county Second Amendment sanctuary resolutions.

Research shows red flag laws save lives. Duke University researchers found that for every 10 gun removals, one death is prevented. An analysis from the University of Indianapolis found similar reductions in suicide rates after red flag laws were passed in Connecticut and Indiana.

Another analysis, by researchers with the Injury & Violence Prevention Center at the Colorado School of Public Health, found that in the first year of the Colorado red flag law, 85% of protection orders granted by judges had been filed by law enforcement.

"A lot of that is because the law enforcement petitions may have been more complete," said Dr. Marian Betz, an epidemiologist and deputy director of the center. "They had the information that judges needed to move forward with it."

Studies in California, Oregon, and Washington state also found the majority of petitions are filed by law enforcement. Although California's red flag law has been in effect for more than five years, two-thirds of the Californians in a 2020 survey had never heard of it.

Betz and her team found the same hurdle in Colorado. "I hope there will be some improvement in awareness and education, both for the public and also for law enforcement," she said, "making it easier for people to understand how they work and when you might want to get one and how you would do that."

In Colorado counties where sheriffs have declined to use the red flag law, protection orders have been filed by other law enforcement agencies. Weld County Sheriff Steve Reams has been one of the more vocal critics of the law and made national news saying he'd rather go to jail than enforce it. Nonetheless, 12 petitions were filed in Weld County, including two by municipal police departments.

"My stance is still the same," Reams said. "Under no circumstances am I going to take someone's guns in violation of their constitutional rights."

Reams describes the law as "shallow" and doing nothing to address the mental issues that might contribute to violence. "Our goal is to address the person and try to figure out how to get the person the help they need," he said.

The process for citizens to file extreme risk protection order petitions can be challenging. Many of those reviewed by KHN showed filers didn't understand the red flag law, including one petition that was filed in the wrong county.

Other petitions filed by citizens were clearly outside the intent of the law.

Prisoners in county jails filed petitions against their sheriff jailers, including one who accused the sheriff of slavery. A Larimer County woman falsely claimed she had a child in common with a police officer in a bid to have his guns taken away.

But judges rejected all those petitions, bolstering supporters' argument that protections against misuse are built into the law.

"We documented the rare few cases of people misusing the law, but those petitions were not allowed," said Betz, the Colorado epidemiologist. "That shows that the system worked."

During the debate over the Colorado bill, opponents argued that the law would allow vindictive people to take guns away from others for no good reason.

"We're just really not seeing that," said Boulder County Sheriff Joe Pelle. "What we are seeing is that law enforcement has a tool to use in cases where someone is truly a risk to themselves or others and shouldn't have a firearm."

Even before the Colorado law was passed in 2019, Alamosa County's Board of County Commissioners passed a Second Amendment sanctuary resolution reinforcing the county's commitment to the right to bear arms. Afterward, Sheriff Robert Jackson issued a statement in support of the resolution, saying the red flag bill lacked due process, didn't address mental health concerns, and would put his deputies at increased risk.

Since then, Alamosa County judges have granted two petitions under the law, one from the county sheriff's office and one from the Alamosa Police Department.

Jackson said his concern was over the ability of private citizens to file for protection orders. Law enforcement, he said, files only after looking into the facts.

Douglas County Sheriff Tony Spurlock, one of the most outspoken proponents of the Colorado law, said his office filed four protective orders in the first year of the law.

"Most of the time when we have people who have extreme mental health crises, unfortunately, there's an outcome of either suicide or homicide," he said. "The four cases that we've done, all four of those individuals are alive today and are productive members of our society and are working toward a healthier life."

Spurlock said many sheriffs still refuse to make use of a law that's saved lives. He said he has asked some of them pointed questions about what it means to be a Second Amendment sanctuary, such as whether armed robbers and rapists are entitled to guns.

"Then they get pissed at me," Spurlock said. "My number of friends is dwindling."