Trump's former national security adviser says, speaking as an expert, that pulling off a coup "takes a lot of work" 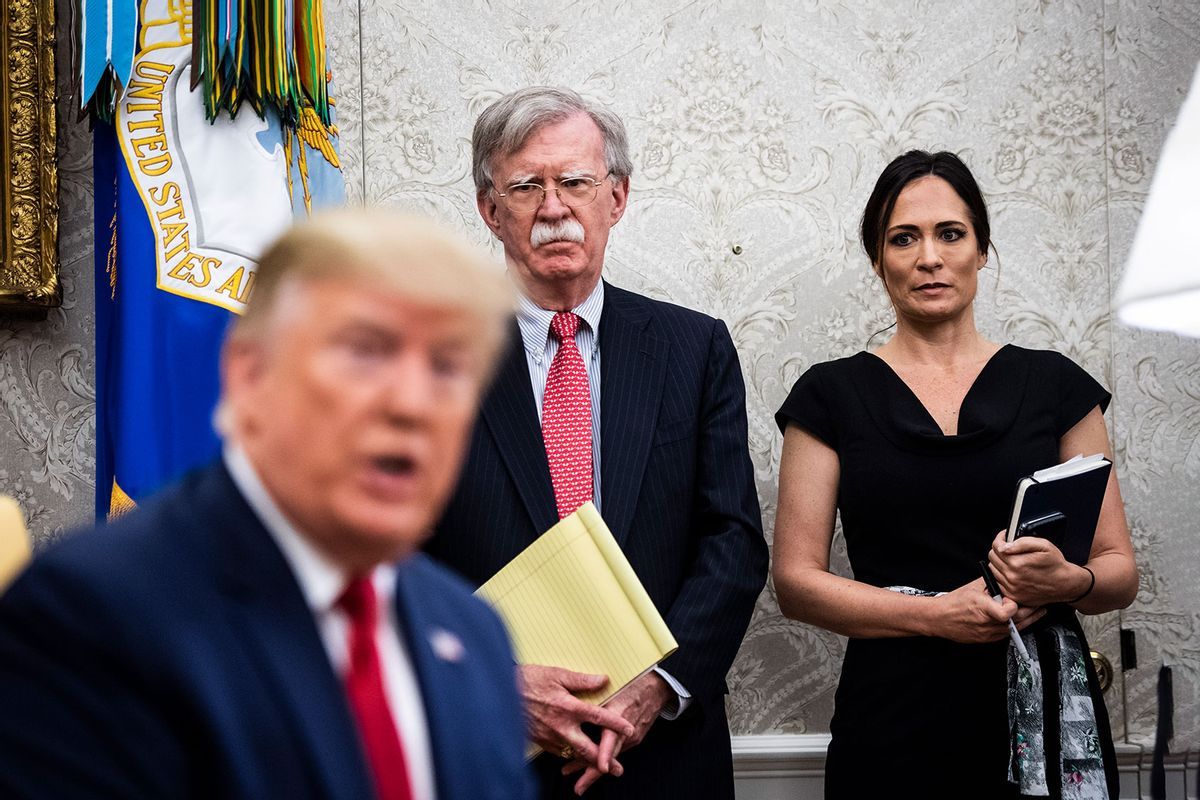 Former national security adviser and UN ambassador John Bolton admitted during a televised interview Tuesday that he has helped plan coups in other countries.

Bolton, who served as Donald Trump's national security adviser and before that as ambassador to the UN under George W. Bush, appeared on CNN to discuss the congressional committee investigating the Jan. 6, 2021, attack on the U.S. Capitol.

Trump considered a military coup: Would he have gotten away with it?

After Bolton claimed that Trump's lies about the 2020 presidential election that provoked last year's Capitol attack were not part of "a carefully planned coup d'état aimed at the Constitution," host Jake Tapper said that "I don't know that I agree with you, to be fair, with all due respect. One doesn't have to be brilliant to attempt a coup."

Bolton responded that "I disagree with that. As somebody who has helped plan coups d'état, not here, but, you know, other places, it takes a lot of work. And that's not what he did."

Tapper followed up on the coup comments, and Bolton — who also held previous roles in the administrations of Ronald Reagan and George H.W. Bush — initially said, "I'm not gonna get into the specifics."

Bolton then pointed out that in his recently released book, he wrote about the failed effort to overthrow Venezuelan President Nicolás Maduro in 2019. At that time, the Trump administration backed opposition leader Juan Guaidó.

However, as reporters and others such as Rep. Ilhan Omar, D-Minn., were quick to highlight, Bolton has a long history of supporting such efforts.

In 2004, while Bolton was serving in the State Department, the U.S. faced allegations of backing the overthrow of Haiti's president. A former French ambassador told The New York Times this year that the U.S. and France had "effectively orchestrated" the coup.

Bolton has a long history of advocating for coups and supporting regime change plots. He advocated for regime change in Iraq ahead of a war he helped orchestrate and said in 2018 that the United States should overthrow the government of Iran.

Critics of Bolton shared a range of reactions on social media.

Philadelphia Inquirer columnist Will Bunch tweeted: "I've been investigating U.S. imperialism for decades, and ... he ... just ... blurted ... it ... out."

"America in one clip," said Jordan Zakarin of "More Perfect Union," describing Bolton as "a bloodthirsty right-wing war hawk" who was given a platform to "brazenly admit to secret war crimes without worrying about any consequences whatsoever."

"It's just a little oopsies, a meme for a few days," Zakarin added, declaring that "this is even more embarrassing for CNN."