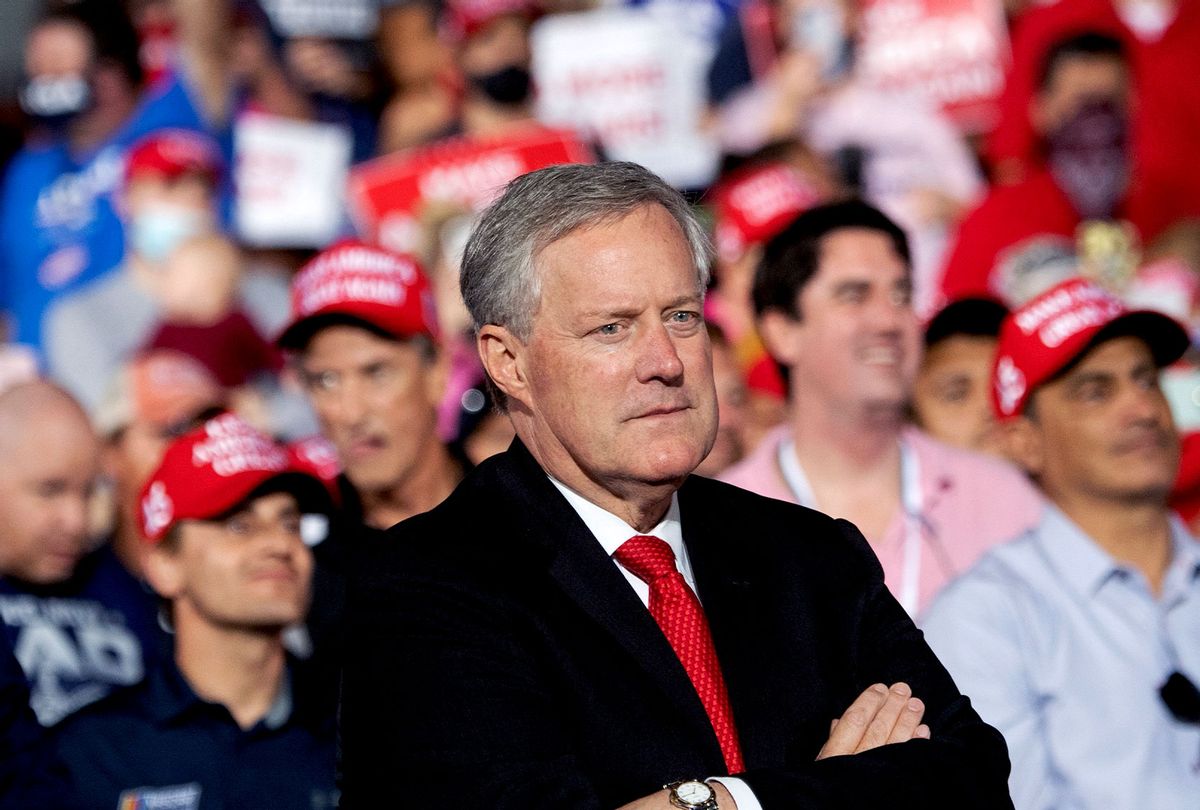 Chief of staff Mark Meadows revealed on Dec. 2, 2020 that Donald Trump did not intend to leave office despite losing the presidential election to Joe Biden, a former top White House official revealed on CNN.

Former White House communications director Alyssa Farah Griffin recounted on CNN a conversation she had with Mark Meadows on that day while wondering who allowed Sidney Powell, Mike Flynn and former Overstock.com CEO Patrick Byrne into the White House for the "unhinged" Dec. 18 meeting.

"Who waived them?" Griffin asked. "Which is putting them through security to get onto White House grounds. We don't even have that answer now."

"I suspect it was Mark Meadows and I say that because I can tell you before I resigned, I said 'Sir, I'm planning to move on, I want to put in my notice.' And he said to me, 'What if I could tell you we're actually going to be staying?' You can interpret that as hypothetical, but there were people around the president telling him that and that's what led to this absolute insanity," Griffin said.

She noted she "moved up my resignation to the next morning and I said, 'No, of course, we're not.' I told all my staff we lost"

She resigned on Dec. 3, making Dec. 2 the date of the reported conversation.