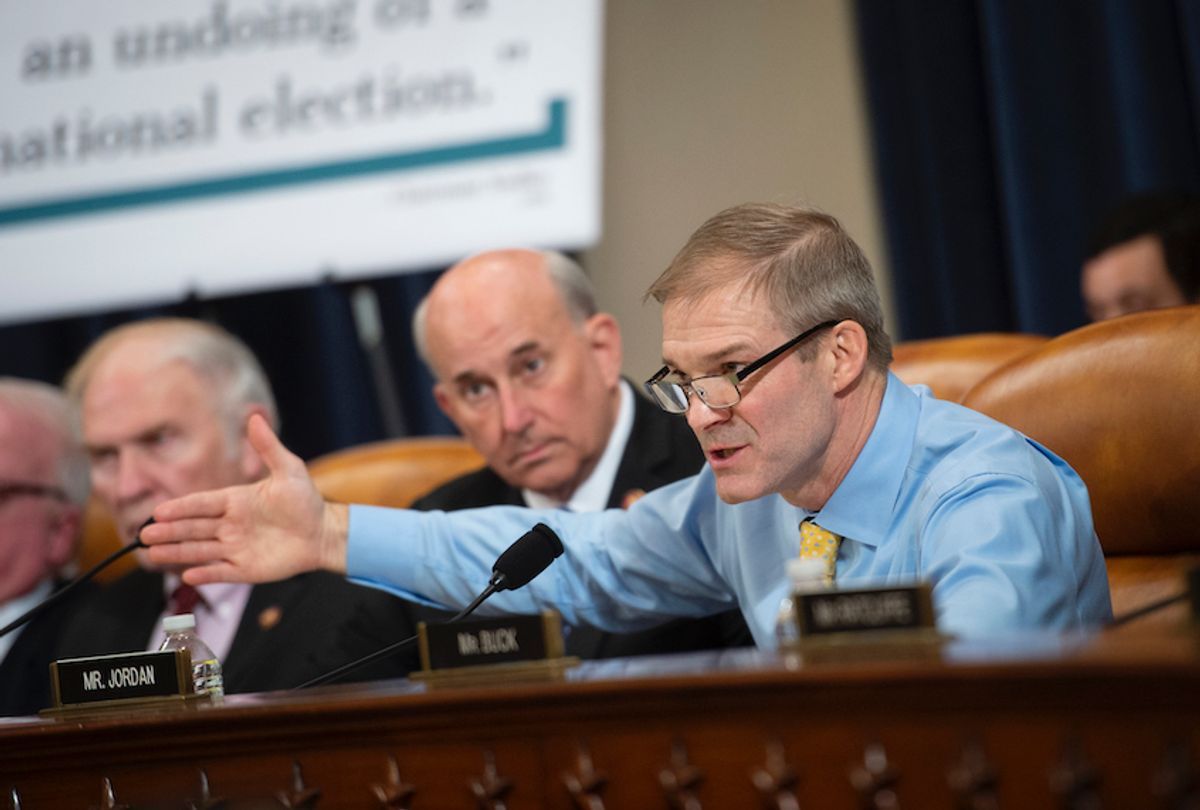 With the U.S. Supreme Court having overturned "Roe v. Wade" after 49 years, the United States no longer has a national standard on abortion rights, but rather, a wide range of state laws — and on July 1, the "Indianapolis Star" reported that a ten-year-old Ohio girl had an abortion in Indianapolis, Indiana because of abortion restrictions in her own state. Other media outlets reported that she was allegedly raped, and on July 13, the "Columbus Dispatch" reported that a man had been arrested and charged in the case.

Democratic Rep. Eric Swalwell of California, during a July 14 hearing, discussed the case with anti-abortion activist Catherine Glenn Foster, president and CEO of Americans United for Life — and Foster denied, much to Swallwell's shock, that the pregnancy's termination qualified as an abortion.

When Foster was asked if a "ten-year-old" would "choose to carry a baby," Foster responded, "I believe it would probably impact her life. And so therefore, it would fall under any exception and would not be an abortion."

Sounding shocked by her response, Swalwell interjected, "Wait, it would not be an abortion if a ten-year-old, with her parents, made a decision not to have a baby that was the result of a rape?"

Foster replied, "If a ten-year-old became pregnant as a result of rape and it was threatening her life, then that's not an abortion. So, it would not fall under any abortion restriction in our nation."

Swalwell directed his next question to another witness at the hearing, Sarah Warbelow, legal director of the Human Rights Campaign — asking her, "Miss Warbelow, are you familiar with disinformation?.... Did you just hear some disinformation?"

Warbelow responded, "Yes, I heard some very significant disinformation…. An abortion is a procedure; it's a medical procedure that individuals undergo for a wide range of circumstances, including because they have been sexually assaulted — raped in the case of the ten-year-old. It doesn't matter whether or not there is a statutory exemption; it is still a medical procedure that is understood to be an abortion. Beyond that, I think it's also important to note that there is no exception for the life or the health of the mother in the Ohio law. That's why that ten-year-old had to cross state lines in order to receive an abortion."

Far-right MAGA Republican Rep. Jim Jordan of Ohio has claimed, in a tweet that he deleted, that reporting on the ten-year-old was a "lie," and Swalwell called him out for it during the hearing.

"Speaking of disinformation," Swalwell told Warbelow, "Jim Jordan called a ten-year-old rape victim a liar…. I know that he did that because he hates the president…. This law…. will bring us government-mandated pregnancies for ten-year-olds."