A Washington police officer who was in Trump's motorcade on Jan. 6 has corroborated details of Trump's Jan. 6 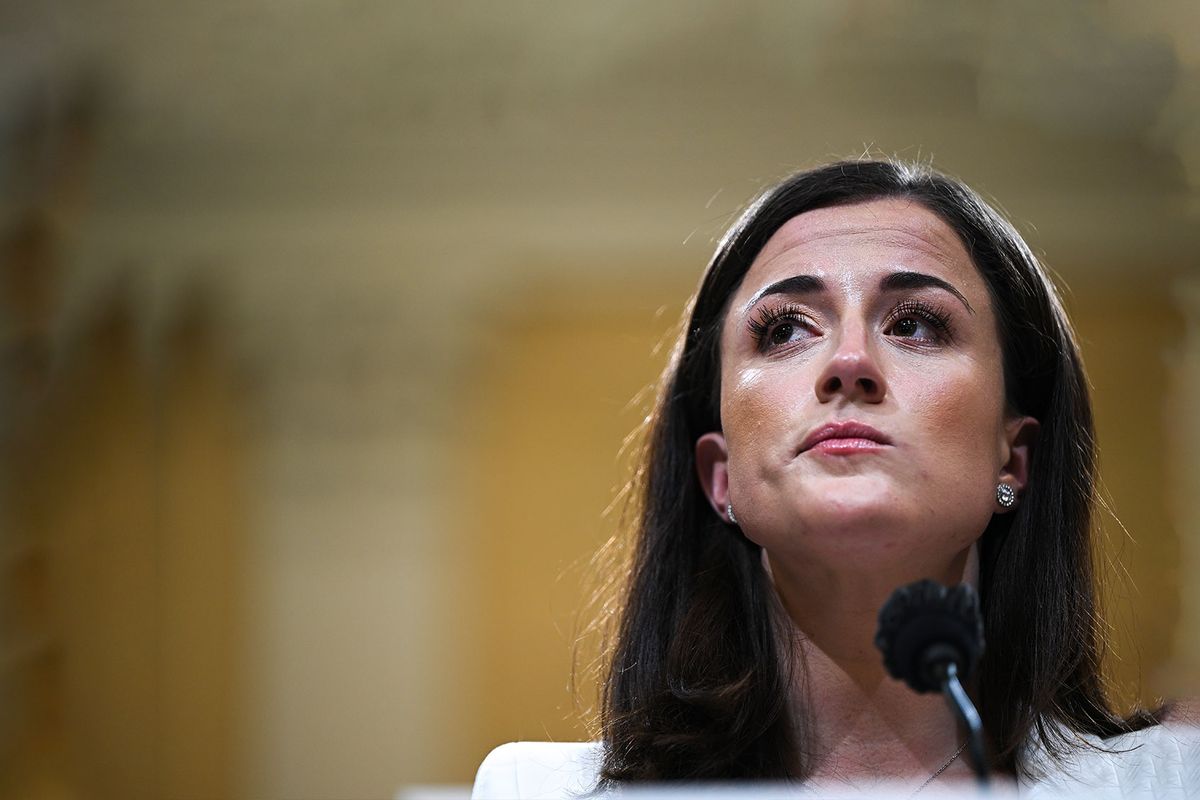 Cassidy Hutchinson, a top former aide to Trump White House Chief of Staff Mark Meadows, testifies during the sixth hearing by the House Select Committee to Investigate the January 6th Attack on the U.S. Capitol in the Cannon House Office Building on June 28, 2022 in Washington, DC. (Brandon Bell/Getty Images)
--

CNN reported on Thursday that a police officer in Donald Trump's Jan.6 motorcade confirmed testimony by Cassidy Hutchinson before the House Select Committee Investigating the Jan. 6 Attack on the U.S. Capitol.

"I looked at Tony, and he had said, 'Did you f*cking hear what happened in the Beast?' I said, 'No, Tony, I just got back. What happened?' Tony proceeded to tell me that when the president got in the Beast, he was under the impression from Mr. [Mark] Meadows that the off-the-record movement to the Capitol was still possible and likely to happen, but that Bobby had more information," she testified.

READ: Exclusive: All 50 Senate Republicans weigh in on Jan. 6 hearings – only 8 are watching

"So once the president had gotten into the vehicle with Bobby, he thought they were going up to the Capitol, and when Bobby had relayed to him, we're not, we don't have the assets to do it, it's not secure, we're going back to the West Wing, the president had very strong, very angry response to that," Hutchinson said.

"Breaking news, a source telling CNN a Washington police officer who was in Trump's motorcade on Jan. 6 has corroborated details of the heated exchange Trump had with his Secret Service detail when he was told he could not go to the U.S. Capitol and he wanted to go," CNN's Erin Burnett reported.

"This development comes as a government watchdog reveals the Secret Service erased messages from the day of the insurrection — after investigators asked for them," Burnett added.