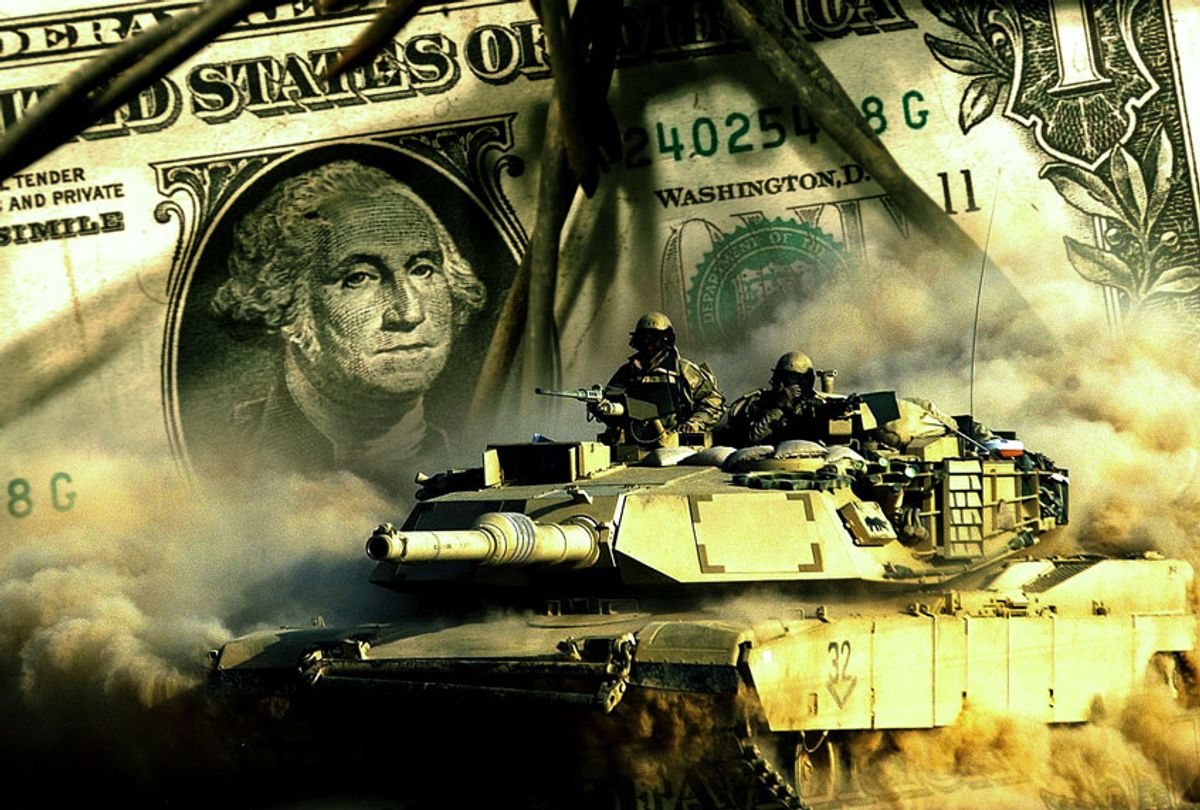 Progressive campaigners rebuked members of Congress who on Wednesday night voted down a pair of amendments to the latest National Defense Authorization Act that would have significantly limited the U.S. military budget.

With the U.S. House of Representatives set to vote this week on the NDAA for fiscal year 2023, progressive Reps. Barbara Lee (D-Calif.) and Mark Pocan (D-Wis.) sought to include two amendments in $839 billion bill.

One of the measures would have reduced the overall Pentagon budget by $100 billion, while the other would have rescinded the $37 billion in additional Pentagon funding added in committee to President Joe Biden's topline request. The former measure was defeated by a vote of 78-350, while the latter was voted down 151-277.

"With the United States spending more on its military than the next nine highest spending countries combined, there's no serious argument that additional dollars for the Pentagon makes us safer," Weissman continued. "The good news is: the American people are on to the racket and mobilizing to demand a reallocation of funding away from the Pentagon and to prioritize human needs."

"Today's votes on the amendments led by peace and common-sense champions, Reps. Barbara Lee and Mark Pocan, are the earlier indicators of that mobilization," he added. "An overwhelming majority of the Democratic caucus—along with more than a dozen Republicans—voted to roll back the Pentagon spending increase added in the Armed Services Committee, showing that the congressional willingness to meet the military-industrial complex's demand for more, more, more is fast eroding."

"Two critically needed amendments offered by Reps. Lee and Pocan would have cut this outrageous amount," he noted. "Either would have been a welcome shift to a status quo that continues to think more weapons and more war will make us safe. Unfortunately, neither received enough votes to pass."

"Right now, there is no shortage of urgent crises that our government must address," Eikenberry argued. "People across the country face crumbling infrastructure, critically underfunded schools, and a failing healthcare system—all while facing rising costs to pay for essential items like gasoline, food, and housing."

"The harsh reality is that these billions weren't simply given away to the Pentagon—they were taken from communities for whom even a fraction of these funds could have made a fundamental difference," he added. "Despite the outcome of today's vote, it's never too late for members of Congress to come to their senses and budget for our actual needs over weapons-makers' wants."