Biden under scrutiny for fist bump with Saudi Crown Prince

"The bloody fist bump seen around the world," responded one human rights defender. 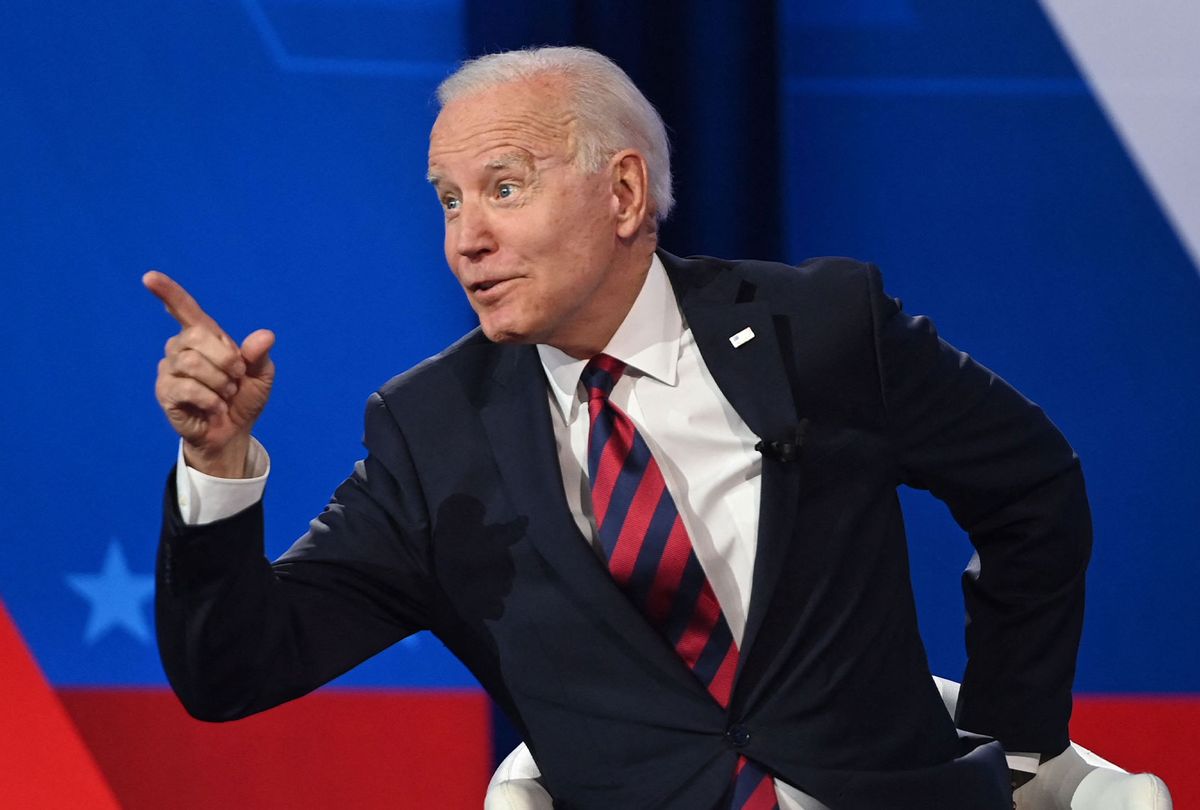 Making a mockery of his own campaign vow to treat the repressive Saudi kingdom as a "pariah," U.S. President Joe Biden on Friday greeted Saudi Crown Prince Mohammed bin Salman—who intelligence agencies believe approved the murder of journalist Jamal Khashoggi—with an amiable fist bump as he arrived at the royal palace in Jeddah.

Already furious over the president's decision to meet with the crown prince despite his role in the brutal 2018 murder of Khashoggi and subsequent cover-up attempt, human rights defenders responded with outrage to the greeting, which the Saudi regime swiftly blasted out on social media.

"The bloody fist bump seen around the world," said Sarah Leah Whitson, executive director of Democracy for the Arab World Now (DAWN). "You have humiliated our entire country."

Hatice Cengiz, the fiancée of Khashoggi—a U.S. resident who wrote for The Washington Post before he was tortured, killed, and dismembered with a bone saw inside the Saudi Consulate in Istanbul—replied on Twitter:

The meeting between Biden and the Saudi crown prince, commonly known as MBS, is expected to touch on a range of issues, from the U.S.-backed Saudi war on Yemen to oil production in the midst of Russia's ongoing assault on Ukraine. Biden on Thursday refused to commit to bringing up Khashoggi's murder during the meeting.

In an interview ahead of Biden's visit, Cengiz told the Associated Press that Biden is "backing down" on human rights in the interest of boosting oil production. Just under three years ago, during his 2020 presidential campaign, Biden promised to make the Saudi leadership "pay the price" for the Khashoggi murder and "make them in fact the pariah that they are."

"It's a very huge backing down actually," Cengiz said Thursday. "It's heartbreaking and disappointing. And Biden will lose his moral authority by putting oil and expediency over principles and values."

MSNBC's Mehdi Hasan noted in a segment Thursday night that "even by Saudi standards, Mohammed bin Salman is a truly brutal ruler—the worst of the worst."

"Whatever we are getting from this meeting—maybe, maybe a slight fall in gas prices—is it really worth selling out the family of Jamal Khashoggi, the people of Yemen, and our own moral authority and values?" Hasan asked.