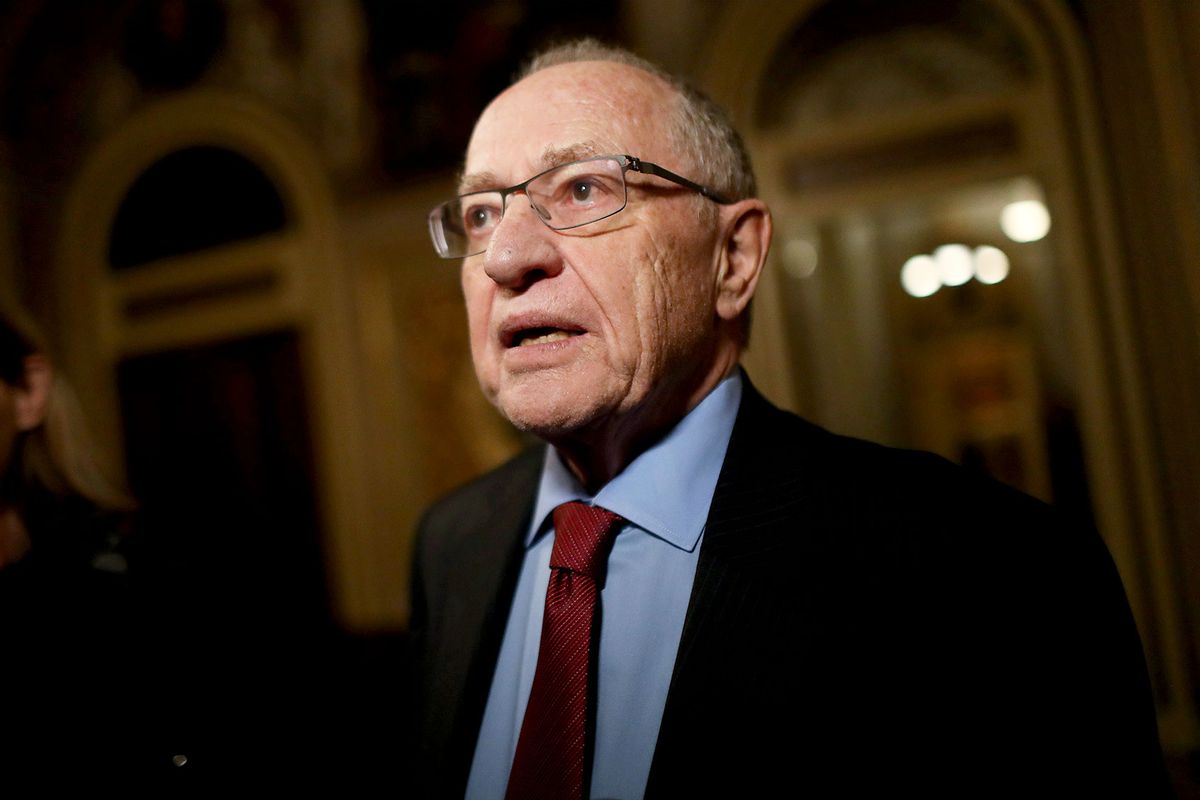 Attorney Alan Dershowitz speaks to the press in the Senate Reception Room during the Senate impeachment trial at the U.S. Capitol on January 29, 2020 in Washington, DC. (Mario Tama/Getty Images)
--

In an interview with Newsmax host Greta Van Susteren late Friday, former Harvard Law professor Alan Dershowitz came down on the side of former Donald Trump adviser Steve Bannon after a jury took only three hours to convict him on two charges of contempt of Congress for ignoring a subpoena.

According to Dershowitz, who recently jumped back into the news by complaining he is being shunned in Martha's Vinyard because of his views among other issues, Bannon's trial was "unconstitutional" and will be overturned upon appeal.

Speaking with the host he explained, "The only provision of the Constitution, which appears basically twice, is trial by jury in and in front of a fair jury. Number one, he didn't have a fair jury. Number two, the judge took his defenses away from him."

Asserting that jury pool was drawn from a community that is "97 percent Trump haters," he continued that Bannon wanted to invoke "executive privilege" but that the judge wouldn't allow -- with the Harvard professor glossing over the fact that legal experts have argued he was not covered after leaving Trump's employ.

"The judge denied the jury that basic facts," he continued before adding, "The issue in this case has always been a legal one."

He added the Supreme Court will have to "resolve that issue."