Hawley roasted by hometown paper after ridicule for running out of Capitol on Jan.6

"That will surely follow him the rest of his life," the Kansas City Star wrote 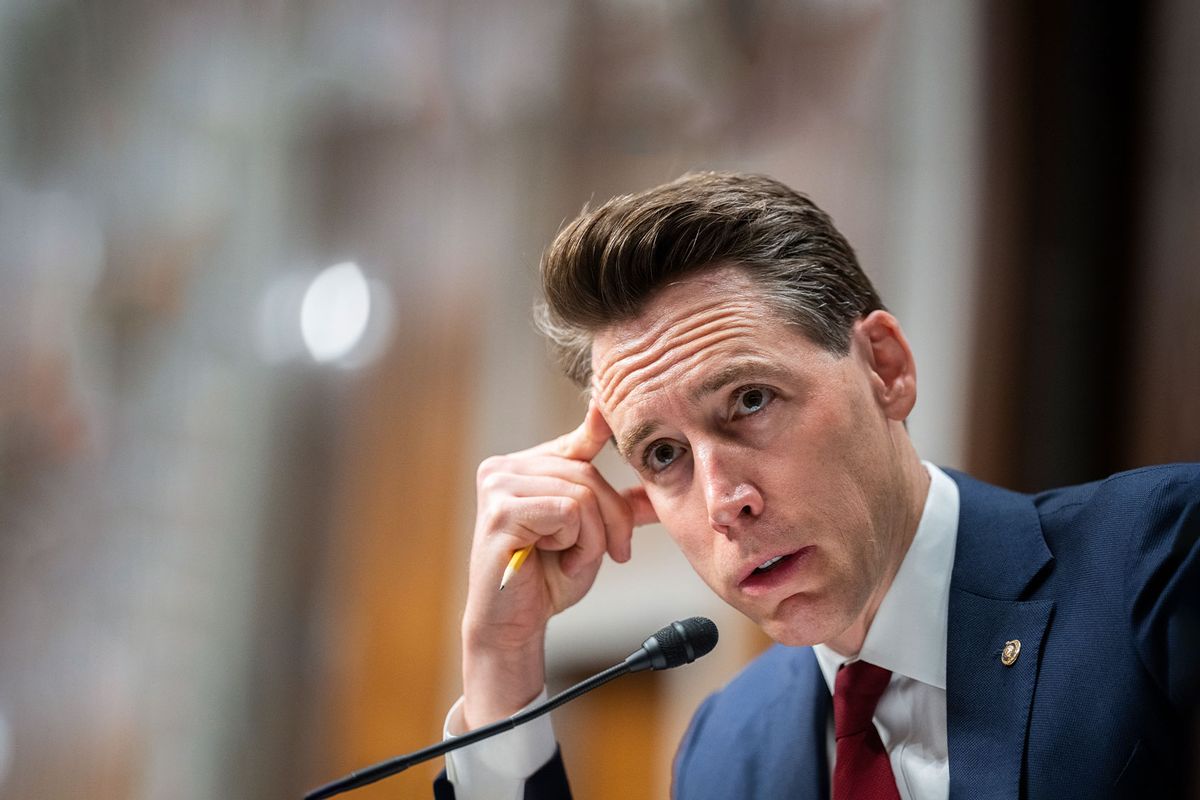 The editorial board of the Kansas City Star joined the pile-on being experienced by Sen. Josh Hawley (R-MO) after the House committee investigating the Jan 6th insurrection juxtaposed the infamous photo of him encouraging the pro-Donald Trump rioters with a clenched fist to a video of him fleeing from them hours later.

As the editors were quick to point out, Hawley is now a national "laughingstock" because he has been exposed for the "fleeing coward" he is.

Getting right to it, the editors wrote, "During Thursday night's televised hearings of the House committee investigating the Jan. 6, 2021, coup attempt at the U.S. Capitol, Rep. Elaine Luria showed video of Missouri's junior senator that will surely follow him the rest of his life."

After noting that the conservative senator has already taken his lumps on social media after the nationally televised humiliation that has spectators at the committee hearing openly laughing, the board buried him for his oft-stated worries about American "masculinity."

"A signature Hawley issue is masculinity — as in, how little of it American men seem to have these days. It's a frequent topic in his speeches and on his podcast, where 'the left-wing attack on manhood' is a dire threat to our society. Regnery Publishing is set to release his book 'Manhood: The Masculine Virtues America Needs' next year. Twitter didn't see much virile bravado as he ran from the mob," they wrote.

"Shame, clearly, is not a motivating factor for any number of Republicans still caught up in Trumpworld. Hawley has never apologized for attempting to reinstall a man who everyone around him knew had lost the election, as witness testimony continues to confirm. Surely the Yale and Stanford grad isn't gullible enough to believe the craven lies about tampering with voting machines and dead people casting ballots that ooze through social media," they wrote before concluding, "Sen. Josh Hawley might not fear a little mockery of his hasty flight from Capitol marauders. But he might be justified if he's afraid of what emails or text messages some previously-loyal staffer might be considering turning over to the House committee. Stay tuned to the hearings."