Ex-Pence aide shuts down Matt Gaetz's attack: "It's more likely that he'll be in prison" by 2024

Gaetz first suggested that Pence would never be elected president 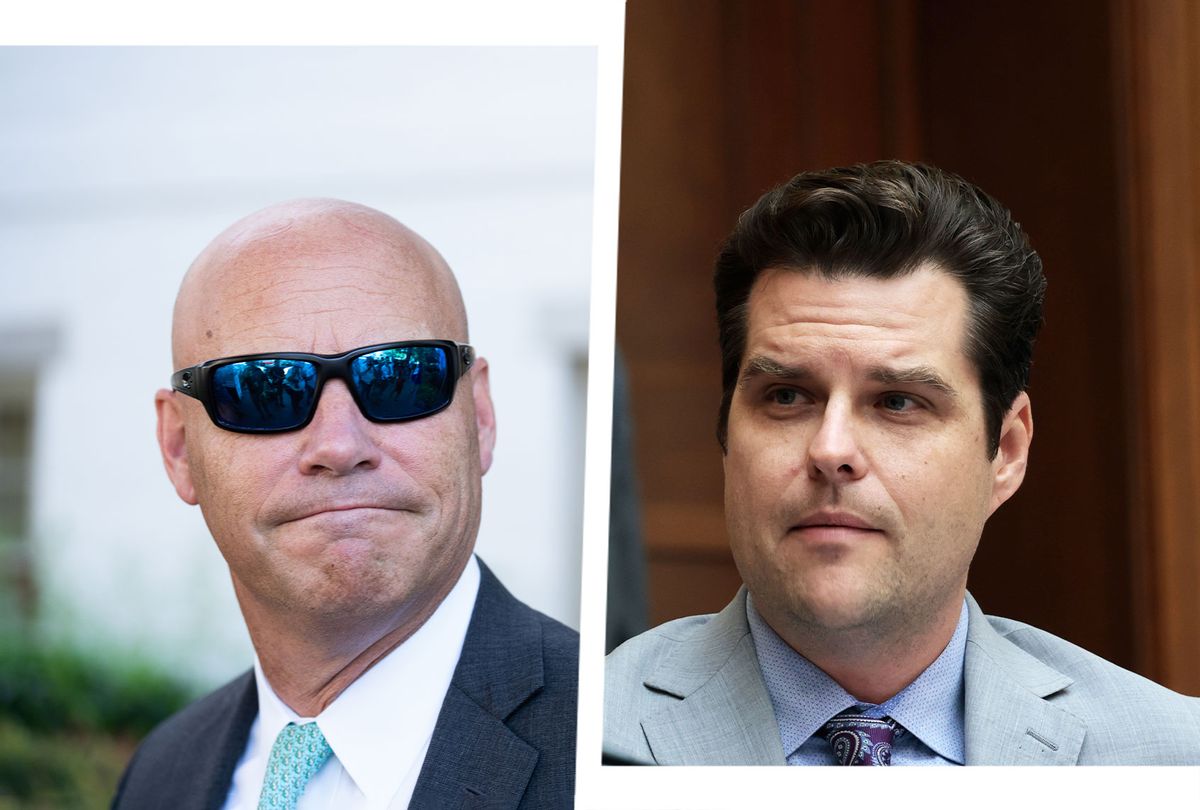 A top Pence aid tore into Rep. Matt Gaetz, R-Fla., who is under an investigation for the possible sex trafficking of a minor, after the lawmaker suggested that former Vice President Mike Pence has no chance of becoming the next next president of the United States.

Gaetz's comments came last week during the Turning Point USA Student Action Summit in Tampa, Florida, where the firebrand delivered a medley of inflammatory remarks designed to rile up his base.

"Let me just say what everyone here knows," Gaetz said at the event, garnering cheers from the crowd. "Mike Pence will never be president."

Those comments did not sit well with Pence's ex-aide Marc Short, who responded by saying that he'd be "I'd be surprised if [Gaetz] is still voting."

"I don't know if Mike Pence will run for president in 2024, but I don't think Matt Gaetz will have an impact on that – in fact, I'd be surprised if he's still voting," Short said in a CNN interview on Monday. "It's more likely that he'll be in prison for child sex trafficking by 2024, and I'm actually surprised that Florida law enforcement still allows him to speak to teenage conferences like that."

Asked to comment on Short's response, a Gaetz spokesperson told Insider: "Marc can repeat debunked conspiracies on CNN, but nobody can deny that dunking on Pence was Gaetz's best applause line of an epic speech."

Short and Gaetz's tiff speaks to a broader rift growing within the GOP, which has seen a growing number of former Trump officials speak out against the former president as the January 6 hearings have ramped up. According to CNN, Short gave private testimony to the select committee investigating on Monday. Short, who is the highest-ranking Trump official thus far to provide testimony, was also reportedly joined by ex-Pence aide Greg Jacob.

Gaetz, for his part, has remained a loyal Trump supporter despite the committee's increasingly damning hearings around the former president's complicity in fomenting the riot.

Since early 2021, the Florida congressman has also been steeped in a federal investigation into the possible sex trafficking of a minor. Those allegations, which Gaetz has vehemently denied, have been backed up by ex-Gaetz confidante Joel Greenberg, a former Seminole Valley tax collector who has already pled guilty to child sex trafficking, according to The Daily Beast. Greenberg is currently cooperating with the Justice Department as part of a plea deal, providing investigators with additional information for the Gaetz probe.