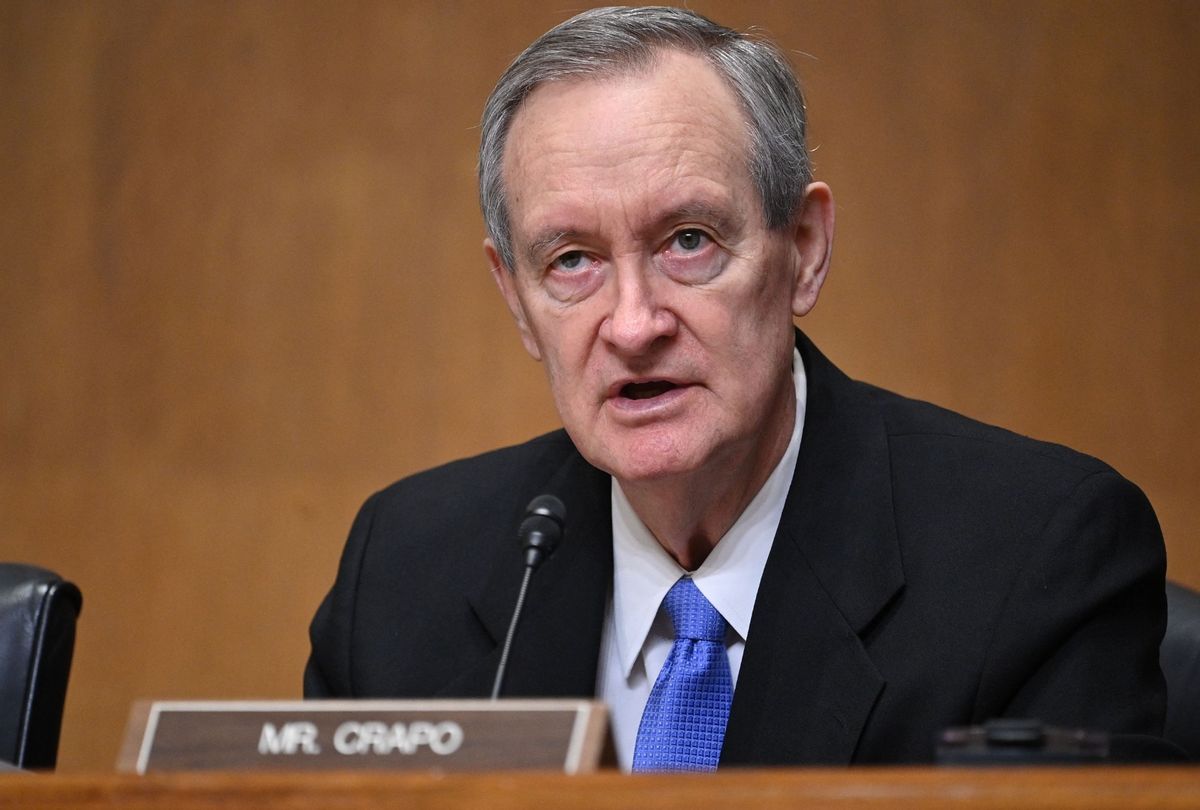 Sen. Mike Crapo, R-Idaho, a major beneficiary of pharmaceutical industry campaign cash, admitted as much in remarks to reporters on Tuesday, saying that he and his GOP colleagues are "going through line by line, literally, making objections" in private meetings with the Senate parliamentarian, who is tasked with offering advice on whether reconciliation provisions comply with chamber rules.

Under the Senate's Byrd Rule, every provision of a reconciliation package must have a direct, not "merely incidental," impact on the federal budget. Democrats contend their Medicare proposal meets that requirement, citing the Congressional Budget Office's recent estimate that the plan would save the federal government $290 billion over 10 years.

But Crapo insisted Tuesday that "there are many Byrd objections," and Politico reported that Democrats are currently "making tweaks" to the legislation to ensure it survives the parliamentarian's scrutiny—even though the official's opinions are nonbinding and can be overruled.

The GOP's efforts come as the pharmaceutical industry is mobilizing its huge army of Capitol Hill lobbyists in a last-ditch campaign to defeat Democrats' plan, which would require Medicare to directly negotiate the prices of a subset of prescription drugs—an idea that is overwhelmingly popular with the U.S. public.

While Democrats' proposal has faced criticism from progressive lawmakers who say it doesn't do enough to challenge the pharmaceutical industry's power to drive up costs, advocates and experts say the bill could still have a significant effect on prices for seniors and people with disabilities, given that a small number of medicines account for a major portion of Medicare's prescription drug spending.

"Sen. Mike Crapo is proud that he's trying to gut legislation to lower drug prices supported by more than 70% of Americans," said David Mitchell, the founder of Patients for Affordable Drugs. "Legislation to improve health and save Americans money. Folks in Idaho need to know he's not working for them—he's working for Big Pharma."

Senate Majority Leader Chuck Schumer, D-N.Y., is aiming to get the Medicare proposal as well as a plan to extend Affordable Care Act subsidies through the chamber before the August recess, which is set to begin next week.

In the face of unanimous Republican opposition, Democrats will need the support of all fifty senators in their caucus to pass the reconciliation package, which is exempt from the 60-vote filibuster.

"Republicans are going to use every tool they have to keep drug prices high and drug industry profits higher," Sen. Chris Murphy, D-Conn., warned Tuesday.

Sen. Brian Schatz, D-Hawaii, added that "every single elected Republican in the Senate is about to vote against reducing the cost of prescription drugs for those on Medicare."

"This is not a show vote or a symbolic thing—we are going to make a new law," Schatz wrote. "It will save seniors thousands of dollars a year."