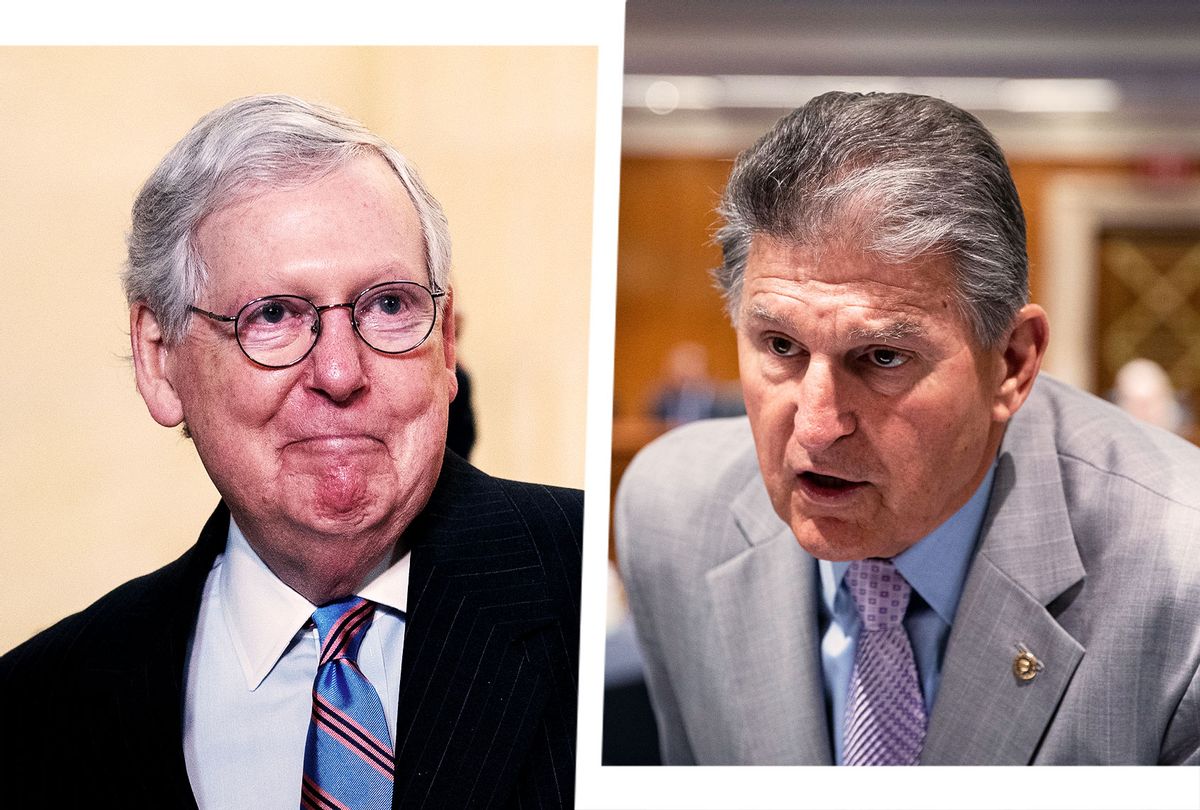 The key point, Lemire stressed, is that Senate Minority Leader Mitch McConnell, R-Ky., got tricked into giving up all his leverage.

"Help our viewers make sense," said anchor Willie Geist. "They get on board 17 Republicans with the big package on CHIPS-Plus, which will help Americans stay competitive against China and make some of those computer chips, the processing chips here in the United States, and then a few hours later, when they hear that Democrats perhaps now are going to push through this massive bill for the Biden administration on reconciliation, they say wait, we don't like that. We're going to retaliate by asking Republicans in the House to submarine the CHIPS-Plus bill we just voted to pass in the Senate."

"It doesn't happen often, but Mitch McConnell appears to publicly have been played," said Lemire. "A couple weeks ago Senator Manchin suggested there's no deal for reconciliation, so McConnell gave the okay for the CHIPS bill. House Republicans said they'd support it, too. The White House has given its blessing, now we see McConnell and other Senate Republicans going across to their colleagues in the House, you have to oppose something you previously just a few days ago were for and also have to explain that vote if this bill goes down, seem to be beneficial to China. It's a spiteful action. Democrats think they can get through anyway."

Lemire added that there are still obstacles remaining for the reconciliation itself.

"On the Senate side for the reconciliation package, Senator Sinema has been, shall we say, an enigma to a lot of Democrats and a lot of votes aren't certain," said Lemire. "Not only would this give Democrats a huge victory ahead of the midterms and get their priorities in play here before November, Willie, but a big win for President Biden. We have to really think about his first two years in office very differently, a series of substantial achievements."