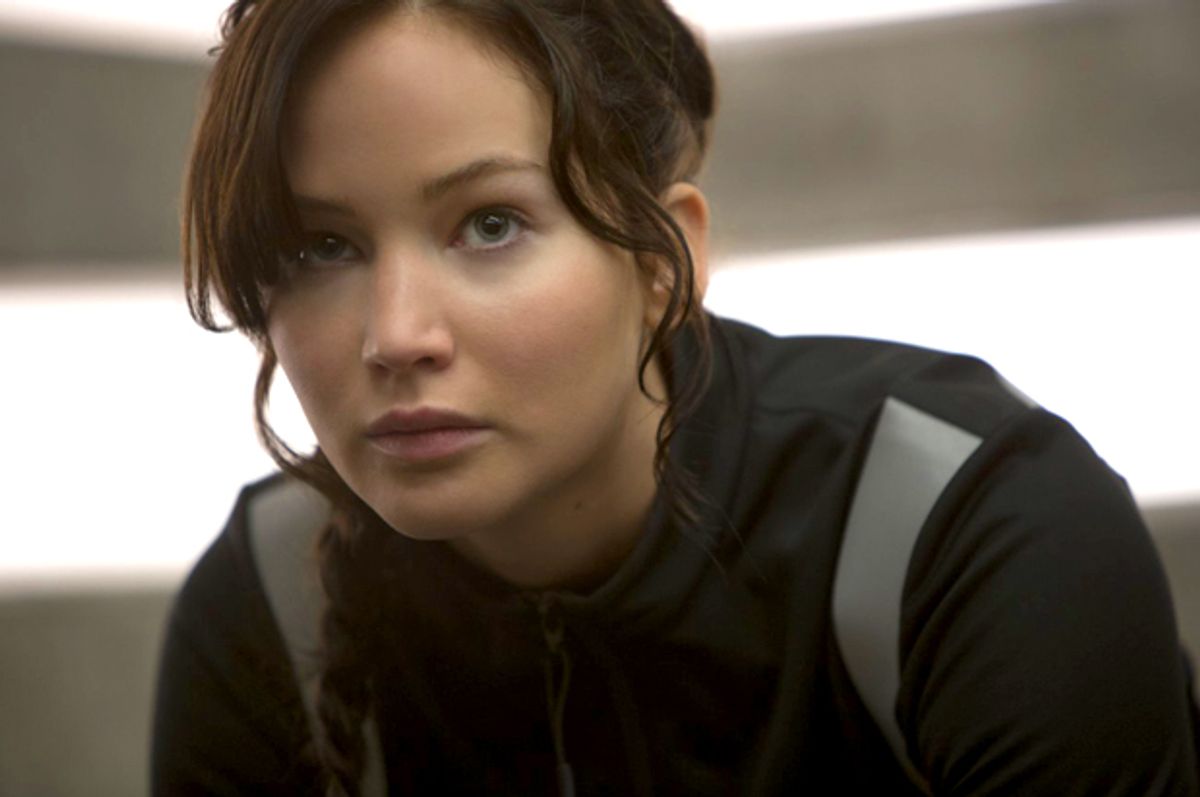 Jennifer Lawrence as Katniss Everdeen in "The Hunger Games" (Lionsgate)
--

Watch any movie from Quentin Tarantino, from "Pulp Fiction" to "Kill Bill" to "Inglourious Basterds" and beyond, and it's clear this guy loves movies. At their heart, his movies are all basically tributes to other movies, and he has very strong opinions about his favorites.

He voiced one of those opinions on a recent episode of "Jimmy Kimmel Live" when Dana Carvey was filling in as the host. "I'm a big fan of the Japanese movie 'Battle Royale,' which is what 'Hunger Games' was based on," Tarantino said. "Well, 'Hunger Games' just ripped it off. That would have been awesome to have directed 'Battle Royale.'"

If you're unaware, "Battle Royale" is a 2000 movie (based on a 1999 novel by Koushun Takami) about a cruel government that ships a bunch of kids off to an island and forces them to fight until only one remains. It does indeed sound a lot like "The Hunger Games," the 2008 sci-fi book by Suzanne Collins. Oh sure, there are differences — "Battle Royale" is set in a world that's a little more recognizably our own, whereas "The Hunger Games" is set in a dystopian future. Plus "Battle Royale" is lot more hardcore when it comes to violence, sex and all that stuff. But the central conceit of "kids fight to the death" is there. It's also just a pretty cool movie if you haven't seen it.

Is "The Hunger Games" a ripoff of "Battle Royale"?

So is Tarantino right? Did "The Hunger Games" rip off "Battle Royale"? This is hardly the first time the suggestion has been made, and Collins has maintained that there was no connection. "I had never heard of that book or that author until my book was turned in," she's said of the original novel.

I'm inclined to believe her. It's not hard to imagine two different authors coming up with the idea of a government forcing a bunch of kids to fight each other. It's disturbing; writers love stuff like that. Still, we may be hearing more about this now that "The Hunger Games" has a prequel movie on the way: