"Didn't he already sell his manhood on Jan 6?": Josh Hawley mocked for titling his book "Manhood" 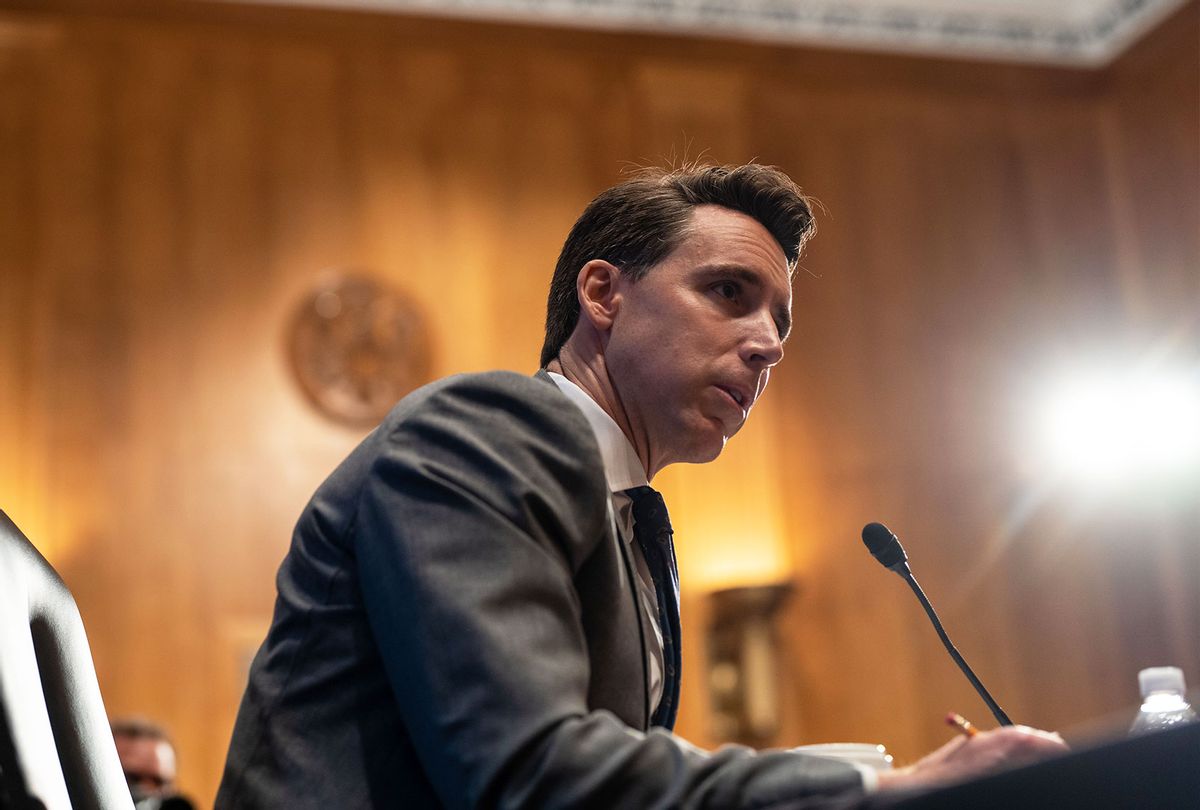 Less than a week after being labeled a national "laughingstock" after the Jan. 6 select committee showed video of Sen. Josh Hawley looking like a "fleeing coward," the Missouri Republican is once again the butt of jokes online.

"Missouri U.S. Sen. Josh Hawley is writing a book called "Manhood: The Masculine Virtues Americans Need," building off a speech he gave at a conservative conference claiming the political left is waging a war on masculinity," the Kansas City Star reported Thursday. "Hawley's focus on masculinity comes at a time where politicians have leaned into stunts displaying performative masculinity, like shooting guns and carrying blowtorches."

The newspaper reported Hawley "will be speaking at the Stronger Men's Conference — which features things like monster trucks — a few weeks before the book goes on sale."

Hawley was widely mocked online. Here's some of what people were saying: