The Jan. 6 committee has done its job — time for Merrick Garland to do his

These hearings have been devastating for Donald Trump. But a big question remains: Will there be consequences? 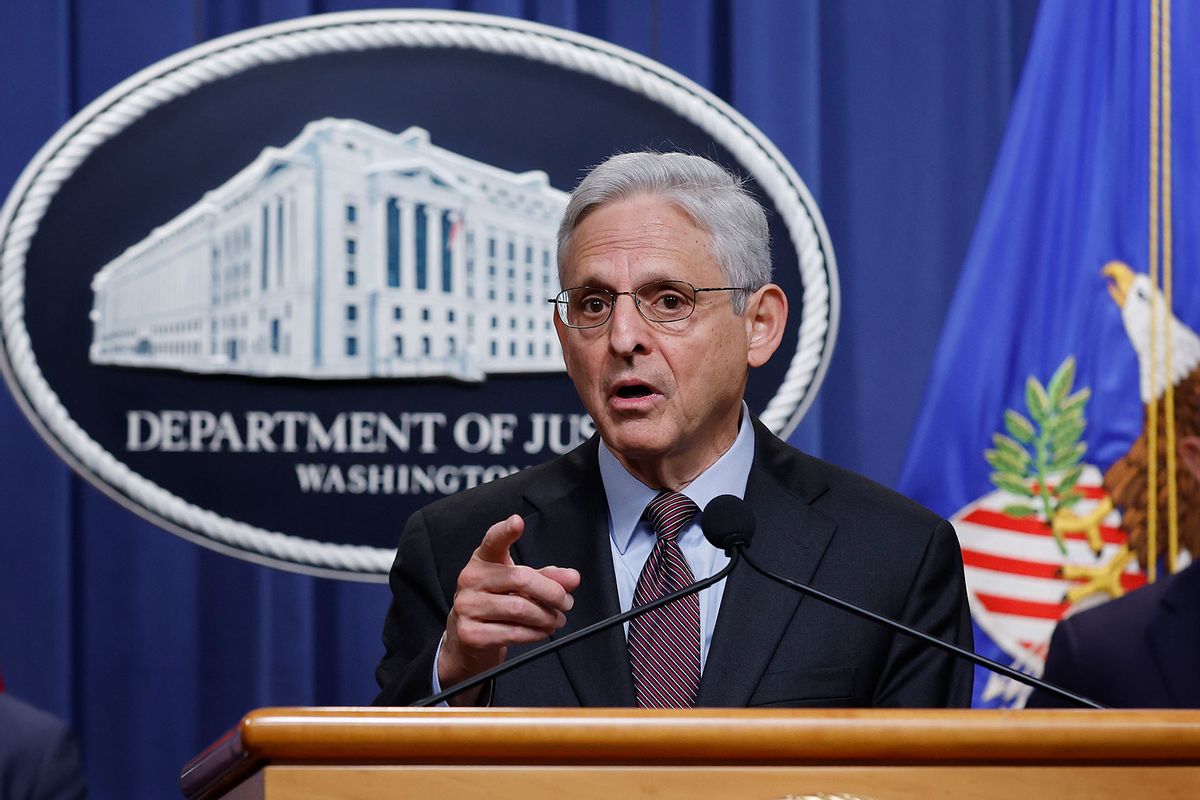 The House Jan. 6 committee's public hearings have been devastating for Donald Trump. Over the course of six weeks, the committee has presented in damning detail a comprehensive case that Trump and others within his orbit likely violated federal and state laws as they schemed to overturn his defeat in the 2020 presidential election, including by knowingly sending a violent mob to the Capitol.

While the committee is still to release its final report and now plans further hearings, it has already provided Attorney General Merrick Garland, as well as state and local prosecutors like Fulton County, Georgia, District Attorney Fani Willis, with more than enough evidence to initiate criminal probes into the former president and to charge him with multiple crimes.

Jan. 6 hearings: A national civics lesson on the dangers of fascism

Much of the committee's case was well known even before the hearings began, but much of it was not. We learned that then-Attorney General Bill Barr, Trump campaign chair Bill Stepien and others repeatedly told Trump that he had lost and that the various allegations of fraud were nonsense. We now know that legal adviser John Eastman and White House chief of staff Mark Meadows both knew that the scheme they were pursuing violated the law, with Eastman even requesting a pardon. We know just how close the mob came to Vice President Pence and the real danger to his life and those of his security detail, and that Trump's allies were in close contact with the extremist groups leading up to and on Jan. 6 who may well have intended to kill the vice president and other leaders.

We know that Trump planned and fully intended to lead his supporters to the Capitol personally, and we know that he reacted furiously when the Secret Service prevented him from doing so. We know that far more of Trump's supporters than previously thought came to the rally armed, and we know that Trump was made aware of this fact and then dismissed it because, as he said, "They're not here to hurt me." We know that instead of calling the Department of Defense, Department of Homeland Security or Justice Department to summon resources to protect the Capitol on Jan. 6, he called members of Congress instead, encouraging them to continue to obstruct the electoral count. And we now know that White House Counsel Pat Cipollone warned Trump and others that they might face criminal liability as the mob descended on the Capitol.

The evidence is overwhelming. But Trump's criminal conduct isn't just in the past. Within the last few weeks, Trump likely engaged in witness tampering when he and his allies attempted to contact multiple witnesses who were cooperating with the House committee to encourage them to "be a team player" and "continue to stay in good graces in Trump World." These are serious allegations that could result in criminal charges.

Trump is also reportedly contemplating announcing another run for the presidency in the coming months, and more than a hundred candidates who falsely assert that the 2020 election was stolen from Trump will be on the ballot this fall. The chance of a repeat of the Jan. 6 insurrection, or worse, is all too real if Trump and others are not held accountable for their attempts to overturn an election.

Although the House committee cannot initiate or take on criminal prosecutions, it can refer them to the Department of Justice for investigation. Given the overwhelming evidence that the committee has amassed and shared with the public, it must.

A non-prosecution decision, after months of hearings filled with shocking evidence of criminality, would demonstrate that Donald Trump is above the law — and would be a potentially lethal blow to American democracy.

The failure to prosecute a former political figure who flagrantly violated the law in order to stay in power would only embolden future autocrats to attempt even more audacious schemes, or to plan better so their schemes work next time. Indeed, that's already happening, as Trump supporters seek to change laws in many states to make it easier for political leaders to override the people's votes and to put loyalists in place to do it. If the powerful believe they are above the law, they will eventually stop relinquishing power.

A non-prosecution decision now, after months of hearings filled with shocking evidence of criminality, would be the final demonstration that, in fact, Donald Trump is above the law. And it would be a potentially lethal blow to American democracy.

It is hard to think of a moment in our nation's history when the sitting attorney general has been forced to make such a historically important decision. Attorney General Garland has done much to restore the integrity of the DOJ, but this decision will define his legacy.

The Jan. 6 committee has established, in no uncertain terms, compelling and near-conclusive evidence that President Trump and a raft of co-conspirators committed federal and state crimes. They produced first-hand witness testimony from the most senior members of Trump's Cabinet and White House, accompanied by documentary video and primary source records, that the co-conspirators corruptly planned and executed a scheme to keep Trump in power. In short, the House select committee did its job. Now it's time for Garland and the Justice Department to do theirs.

about the Jan. 6 investigation