Wallpaper borders can elevate the simplest of rooms — and quick 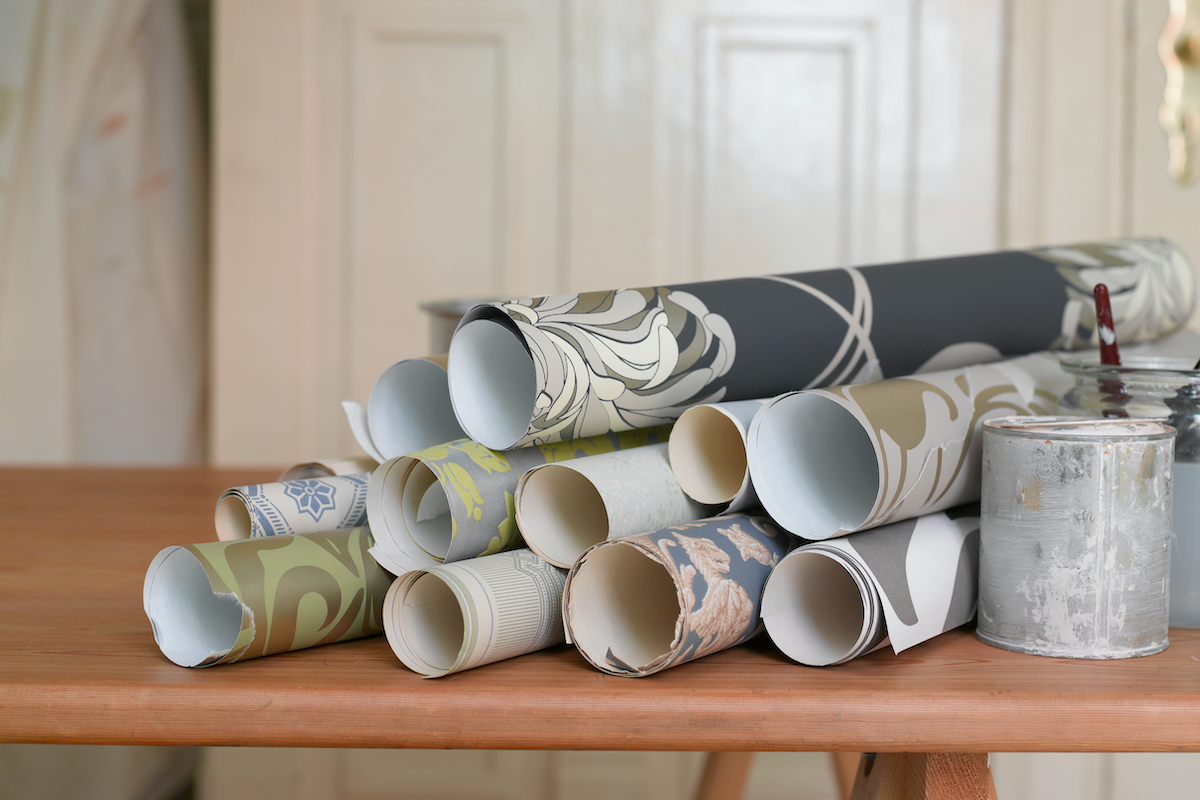 When it comes to quick ways to completely make over a room — with no remodeling involved — wallpaper easily rises to the top of my list. It's a transformation you can accomplish in a weekend, and oftentimes, it doesn't even require professional installation. With the range of colors and patterns out there, it's a great way to bring dimension, layers, and interest to a space.

While the earliest wallpapers (or painted decorative papers) date back to China, not too long after paper itself was invented, its extension, wallpaper borders, are relatively more recent, originating in the 1700s. If you're unfamiliar with the use of wallpaper borders, they're essentially thin strips of wallpaper meant to be used as accents instead of complete wall applications. They are typically horizontally oriented and measure between two to eight inches high. Their popularity has ebbed and flowed over time, but they've made a marked comeback — and are looking fresher, more modern, and less fussy than their predecessors.

"It's definitely a case of something old made new again," says Aimee Lagos, co-owner of Hygge & West. "Borders have been around forever, although they had largely fallen out of fashion. With this comeback, we're seeing them being used in new ways. In the past, borders were often paired with coordinated wallpaper and applied to the wall either on top of the wallpaper as an accent stripe or as a stopping point for the wallpaper. They're now being used to accent architectural elements such as windows, doors, molding, or ceiling beams — and more often than not without wallpaper."

Elizabeth Rees, founder of Chasing Paper, has seen wallpaper borders rise in popularity right alongside the Grandmillennial and Coastal Grandmother trends. "Borders can be used in the same way that wainscoting or board and batten is used — to create separation on a wall while adding texture and depth to a space," she notes. Rees adds that one big trend is to partner wallpaper borders with existing wallpaper to create a bold patterned effect.

"Wallpaper borders can really help create a sense of architecture in a space where none really exists," says Cristina Buckley, Design Director of Schumacher. "It is a rather easy way to frame a space and highlight architectural details of a room."

One big benefit of wallpaper borders is that they're often budget-friendly. Instead of covering an entire wall in wallpaper, you can choose to highlight the area using borders instead. Less square footage equals less cost.

"Plus, wallpaper borders are more DIY-friendly, so there's no need to pay for a professional installation," Christiana Coop, co-founder of Hygge & West, adds.

With modern patterns trending in greens, yellows, and blues, as Coop points out, wallpaper borders are an effective way to bring tons of personality to a space. Read on to learn all the creative ways you can weave wallpaper borders into your own home.

6 ways to use wallpaper borders

1. Use it on a wallpaper-free wall

This tends to be the most common use of wallpaper borders — to punch up a plain, painted wall. "Traditionally, wallpaper borders were used where a wall meets the ceiling to create height in a room, and add some color and detail without having to cover entire walls," Buckley says. It's a trick that's tried-and-true and still used today.

2. Mix and match a border with wallpaper

If you already have wallpaper on a wall, wallpaper borders can help create some head-turning visual play, something that's ideal if you're a maximalist who isn't afraid of pattern mixing. Coop recommends selecting a border and contrasting wallpaper in the same color family. "After installing wallpaper on the walls, you'd use the borders to trim the baseboard, windows, doorframe, and/or ceiling," she says. "It also works equally well to line a half wall wallpapered above wainscoting."

While you can certainly turn to wallpaper borders to make a room seem taller, installing them right along the ceiling will have them act as a decorative accent to make a ceiling stand out even more. Coop says, "If you have wood paneling on a ceiling, we recommend applying borders to those to highlight that architectural detail." You can also utilize wallpaper borders to accentuate a bold, painted ceiling.

4. Create stripes or another pattern

Buckley says that one fresh way to use borders is hang them vertically on a wall "to create a stripe effect." She also recommends going a contemporary route and hanging them in a square or rectangle to mimic a picture frame, something that will distinctively show off any artwork. The design director also suggests applying borders to a wall in a trellis or grid pattern "to create an especially unique focal point."

If you're feeling particularly brave, you can choose to layer several wallpaper borders on top of one another. While doing this over existing wallpaper might look a tad busy, on a plain wall, this is the ultimate way to experiment with pattern mixing. "Our collection features a complimentary color palette, so you can create a more drama by stacking several borders on top of one another," Lagos says.

Buckley says that if pattern-on-pattern visuals appeal to you, you can select a densely patterned border, such as a leopard print, and pair it with an art deco design, acting as an "unexpected accent to give an interior a real punch."