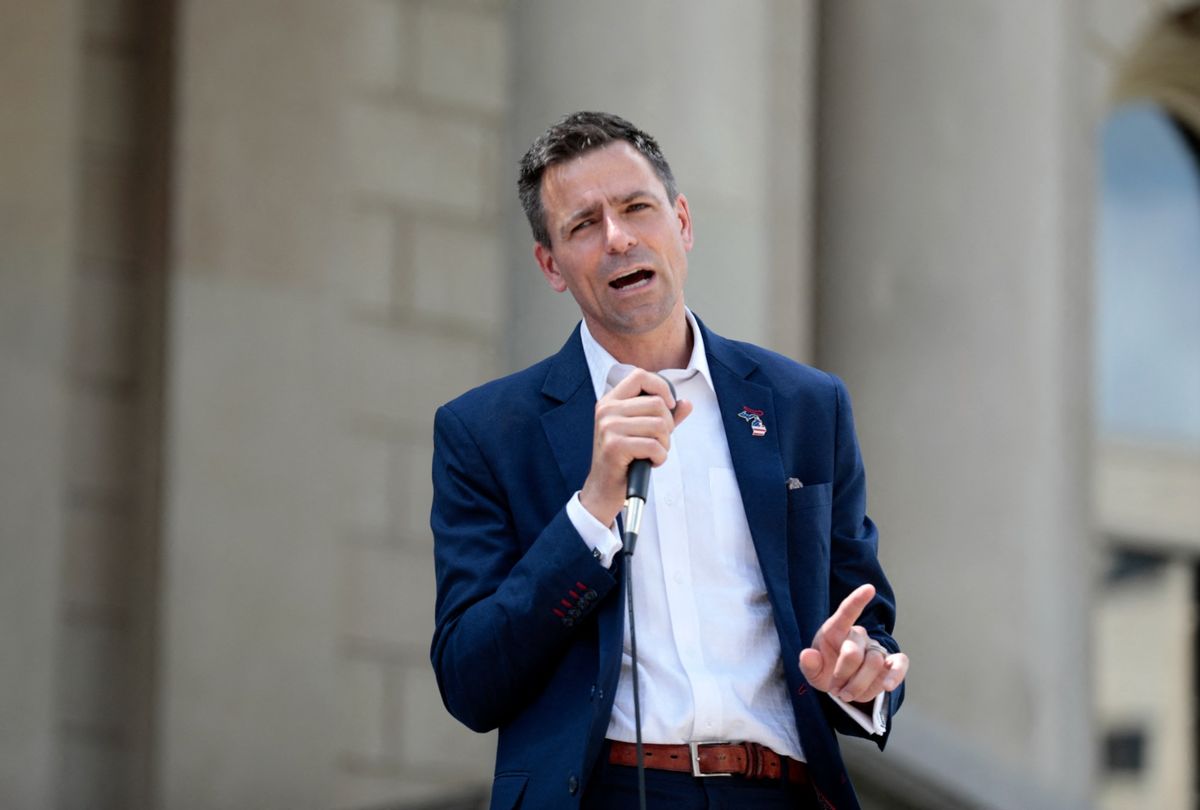 Ryan Kelley, a Republican candidate for Michigan Governor, speaks at the Rally to Vote outside the Michigan State Capitol in Lansing, Michigan, on July 30, 2022. (JEFF KOWALSKY/AFP via Getty Images)
--

An insurrectionist Republican gubernatorial candidate is refusing to concede his primary loss despite finishing in fourth place.

Ryan Kelley, who was indicted on federal misdemeanor charges for his involvement in the Jan. 6 riot, finished more than 25 points behind GOP primary winner Tudor Dixon, but he called for a recount in a post echoing election fraud claims made by Donald Trump, reported WNEM-TV.

"Looks like the 'testing' was not testing after all, and it was a release of their preferred and predetermined outcome," Kelley posted on Facebook, suggesting that tampering with voting machines had cost him the election. "NOT CONCEDING! Let's see the GOP and the predetermined winner call for a publicly supervised hand recount to uphold election integrity."

Dixon unofficially won more than 40 percent of the vote, while Kelley drew a little more than 15 percent and finished fourth in the five-way primary.

Kelley offered no proof for his conspiracy theories, but he has been posting unscientific poll results taken from Truth Social users to claim he was far ahead in pre-election surveys.