“How do we deal with the murder of the unborn for anything other than to save a woman’s life?” the man asked 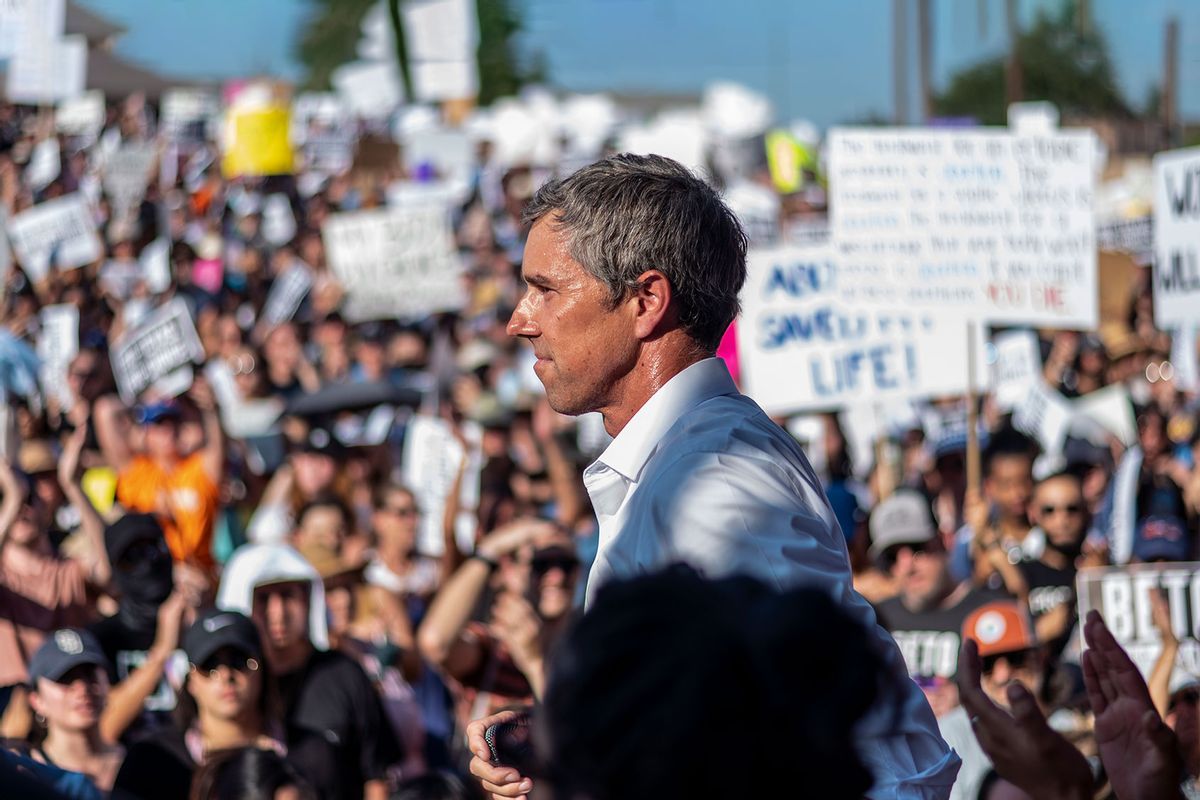 A Texas man who identified himself as a preacher, armed with a semiautomatic assault rifle and pistol, confronted gubernatorial candidate Beto O'Rourke during a Saturday campaign event and demanded that the Democrat answer whether he "believed in a woman's right to choose," claiming that there are "great" men who are the "product of rape."

The man, a self-proclaimed "minister of the gospel," approached O'Rourke in the middle of a town hall in Hemphill, where the preacher berated the candidate with a barrage of questions about abortion and religion.

"How do we deal with the murder of the unborn for anything other than to save a woman's life?" the man asked, adding that there are "great men of god who are the product of rape."

O'Rourke responded by thanking the man for making the inquiry "in good faith" and argued that they weren't  "going to change each other's minds on some of these very basic definitions."

"This decision is best made by the woman, who understands better than anyone else the nature of her pregnancy, the complications it might endure, any other issue that is unique and personal and private as her," O'Rourke said, noting that "more rapes committed in this state than any other state of the union."

At one point, the armed preacher also asked O'Rourke if he's been "born again" and whether he accepts Jesus as his "lord and savior."

After the incident, Shannon Watts, founder of gun reform group Moms Demand Action, posted a video of the confrontation, and tweeted that a "'preacher' armed with a semiautomatic rifle showed up at Beto O'Rourke's town hall in Hemphill, Texas, to challenge O'Rourke's position on … abortion, calling it murder."

"While armed to the teeth, he gets laughs for saying he's not there to talk about guns, but abortion," she added. "This is the radical right wing's ideology: use guns to intimidate and control conversations and curtail women's rights."

The exchange comes just a month after an 18-year-old shooter armed with a semi-automatic assault rifle stormed the Robb Elementary School in Uvalde, where he gunned down nineteen children and two teachers.