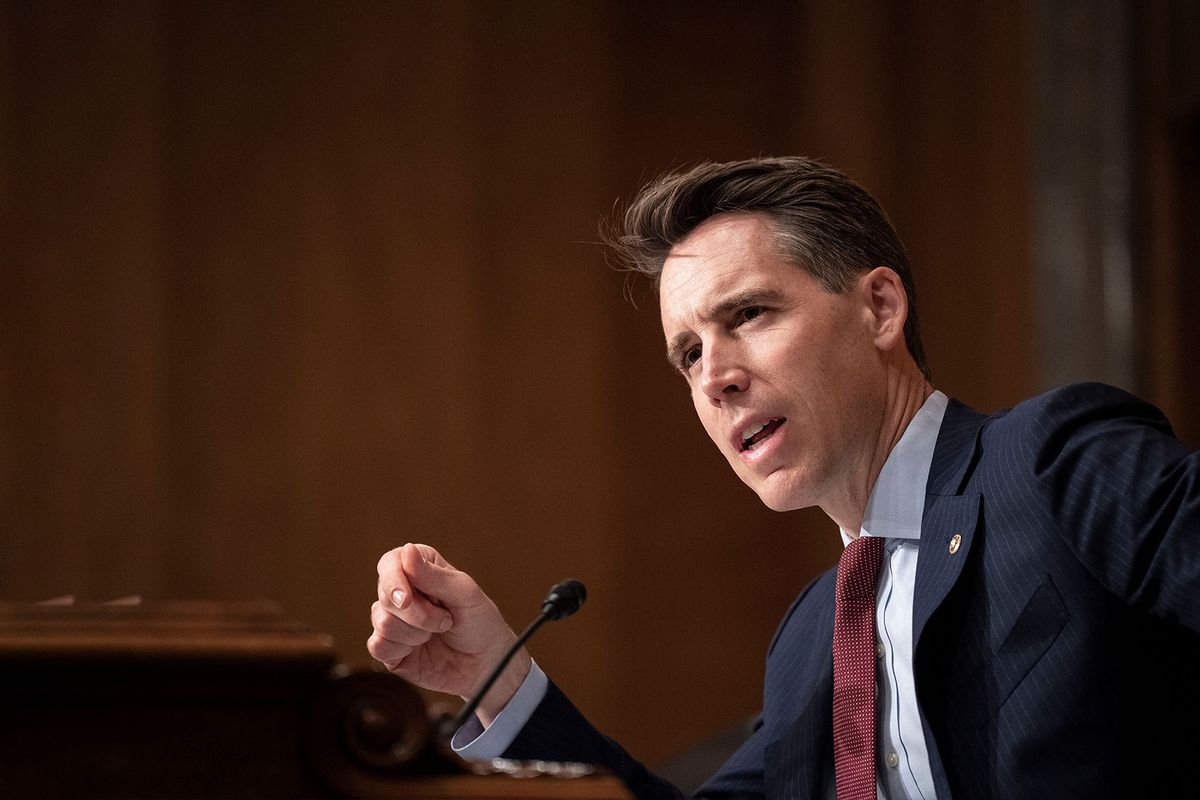 Republican senators are ripping Sen. Josh Hawley, R-Mo., for casting the lone vote to reject Finland and Sweden's admission to NATO as tensions between the U.S. and Russia continue to escalate.

Hawley's solitary vote came on Wednesday amid a bipartisan push to pass a resolution that would allow NATO membership for both countries, a move that advocates have argued is a "slam dunk" for bolstering national security.

Days before the resolution was passed, the Missouri senator released an op-ed arguing that expanding NATO would deplete resources that could be used to guard against military and economic encroachment from China.

"U.S. resources are not unlimited. Already we spend the better part of a trillion dollars a year on defense. And our manpower is already stretched thin across the globe. The United States must prioritize the defense resources we have for the China effort, while there is still time," Hawley wrote earlier this week. "Until our European allies make the necessary commitments to their own national defense, we must not put more American lives at risk in Europe while allowing China's power to grow unchecked."

Hawley roasted by hometown paper after ridicule for running out of Capitol on Jan.6

That argument has not sat well with just about any of Hawley's party colleagues, who have stressed that expanding NATO in fact further protects the U.S. from China.

"We don't beat China by retreating from the rest of the world," Sen. Ted Cruz, R-Tex., told Politico. "We beat China by standing with our allies against our enemies."

"A strong and unified NATO is a powerful asset in the contest with Beijing," Sen. Marco Rubio, R-Fla., echoed in his own op-ed. "When Finland and Sweden join the alliance's ranks and the free peoples of Europe become stronger than ever, more US resources will be available to focus on countering Communist China."

Sen. Tom Cotton, R-Ark., meanwhile said it would be "strange indeed for any senator who voted to allow Montenegro or North Macedonia into NATO to turn around and deny membership to Finland and Sweden," alluding to the fact that Hawley supported the entrance of both countries to NATO back in 2019, as Insider noted.

Josh Hawley hit by fellow GOP senator for running away on Jan. 6: "Not his greatest moment"

It isn't the first time that Hawley has deviated from the congressional majority on matters of foreign policy. Back in May, Hawley joined a cohort of eleven Republican senators who opposed providing Ukraine, which was under invasion by Russia, with $40 billion in military and economic aid. At the time, he expressed fears that the move would encourage Europe to "freeload" off of the U.S.