NY AG may seek "corporate death penalty" against Trump Organization after he pleads the 5th: report 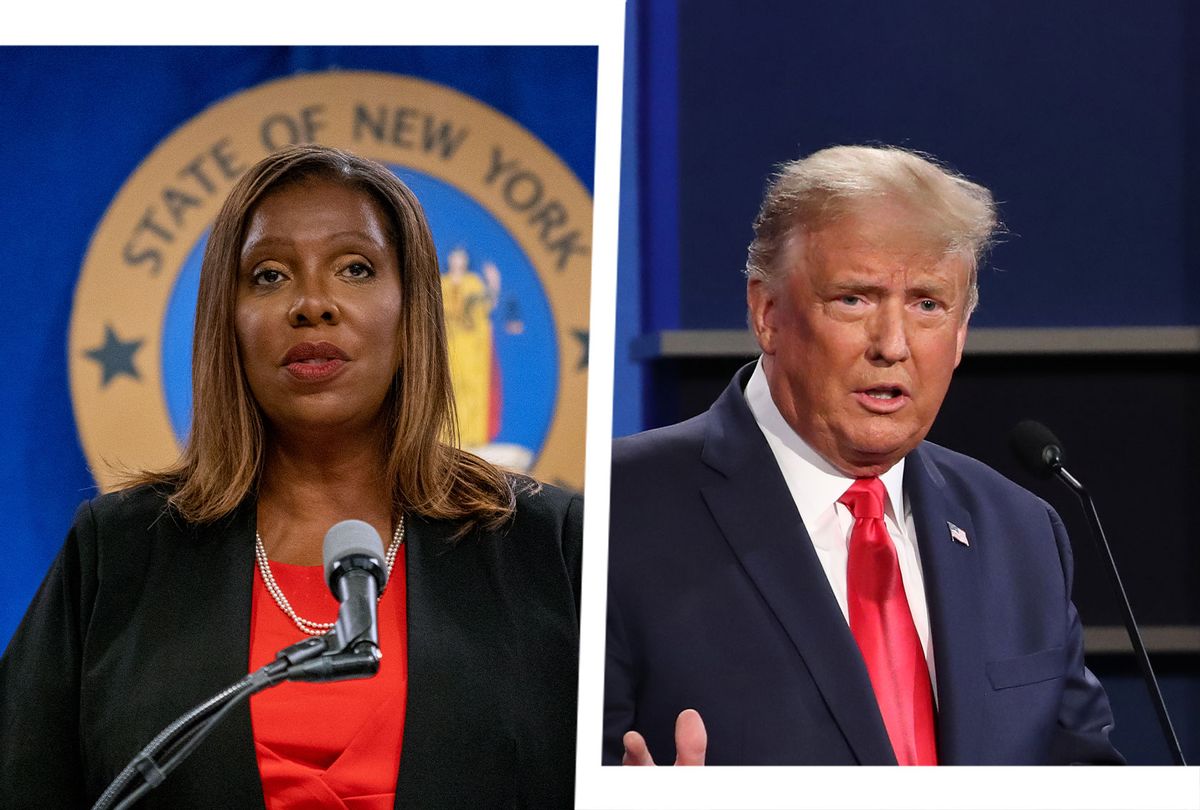 On Wednesday, Trump announced he would refuse to answer questions in James' civil investigation into the company during a deposition that lasted more than five hours.

The investigation focuses on whether the Trump Organization essentially kept two sets of books. He allegedly would low-ball values to avoid taxes, while high-balling values to secure loans.

"In the coming weeks or even days, the AG is expected to file a massive, long-threatened 'enforcement action' — essentially a multi-hundred-page lawsuit against the Trumps and his Manhattan-based business," Business Insider reported Wednesday. "Fines and back taxes, however, may be the least of what Trump's facing. James has signaled she will also seek the dissolution of the business itself under New York's so-called corporate death penalty -- a law that allows the AG to seek to dissolve businesses that operate 'in a persistently fraudulent or illegal manner.'"

"This cuts right to the crown jewel of his real estate portfolio," Snell said.

"It's everything, because at issue is Trump Tower [where the Trump Organization is headquartered in Manhattan], at issue is 40 Wall Street, which is one of his most beloved properties and probably one of the more valuable ones," Snell explained. "All of his golf courses are also at stake, so it's a big deal."

On Twitter, Snell explained why it was so important that Trump took the Fifth Amendment.

"This is a civil case — so the court can draw an inference of liability. This is exactly what the AG was hoping to achieve. The case is now even stronger," he wrote.

"In a civil case, pleading the Fifth is effectively a confession," Snell claimed.

Snell added, "It's worth remembering that the NY AG is 2 for 2 so far in bringing Trump to justice — on Trump University and the Trump Foundation."