The magic is in the machine 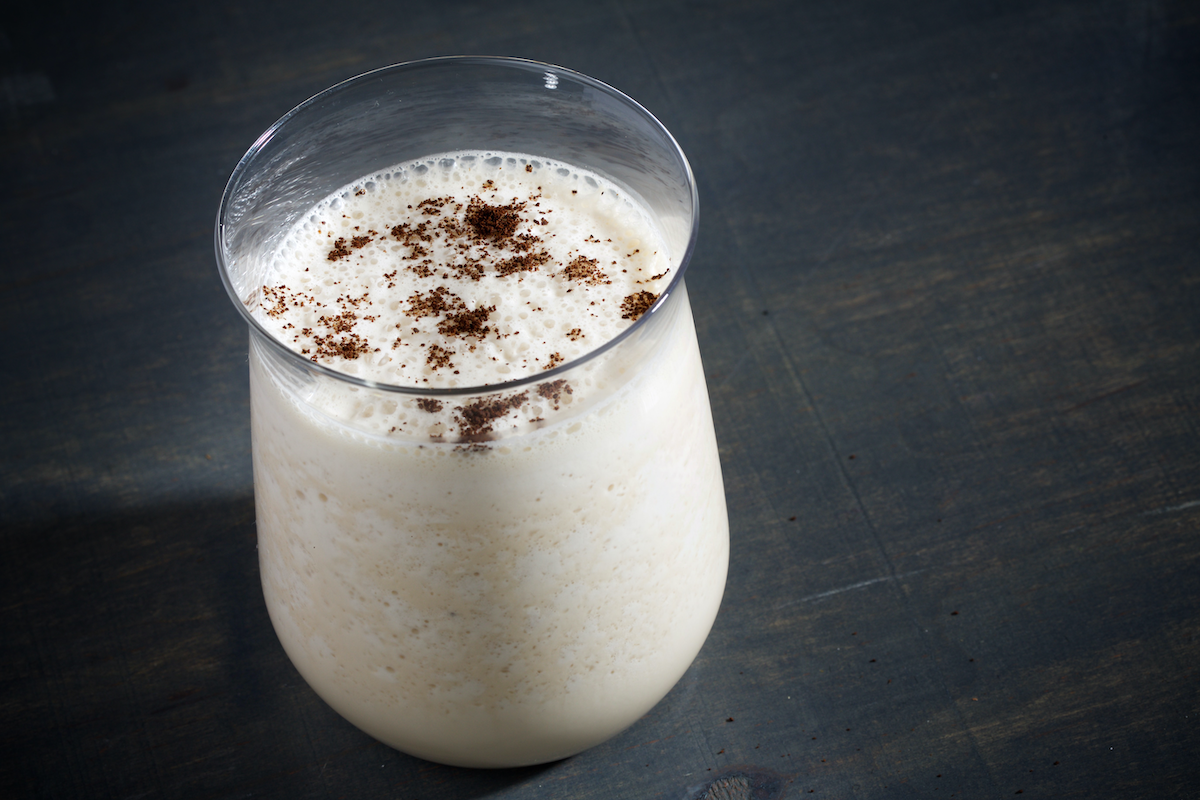 If you ever find yourself in New Orleans' French Quarter, perched on a stool inside Molly's at the Market, a frozen Irish Coffee sloshing in your gut and feeling that kind of inner glow that translates to "Man, I wish I could stay here forever," you would not be the first.

In fact, you'd be next in a long line of bar patrons, many of whom have had that exact wish granted while seated inside. As its name implies, Molly's sits on Decatur Street near the French Market, and on busy days, customers can either head inside the doors or be served sidewalk-side from a window facing the street. But inside, behind the bar, urns contain the remains of longtime customers (yes, you read that right); they're interspersed between top-shelf liquors, dangling patches, and baseball caps from first responders, years-old photos of patrons and bartenders, drawings, and satirical bumper stickers.

In a city with no shortage of dive bars, family celebration-worthy restaurants, gas station food counters, and snowball stands, it's still remarkable to find an institution that demands that kind of loyalty, let alone as diverse of a clientele. On any given day at Molly's, you're as likely to find yourself chatting with a local news anchor or a French Quarter resident en route from work as you are a city visitor who stopped by on a nightly ghost tour.

What do they come for? A deliberately bright bar room, a heavy pour, and, at least 20 to 30% of the time, if the bar's estimates are to be believed, the famed frozen Irish Coffee.

The drink itself is a blend of coffee concentrate, ice cream mix, whole milk, brandy, and coffee liqueur, but the magic is in the machine: frozen Irish coffee is churned out into a creamy consistency more akin to a Wendy's Frosty than a frozen daiquiri, which you, of course, can find at any number of nearby Bourbon Street bars. The frozen Irish Coffee pours so thick that it curls into itself as it flows from the machine, the chocolate-colored swirl filling a plastic cup in seconds. Bartenders top it with a heavy shake of coffee grounds, which they incorporate using a plastic straw, creating a striking, spiraling swirl.

"The recipe is dialed in," said Trey Monaghan, who runs day-to-day operations at Molly's at the Market and another of his family's bars, the Junction, both of which serve the beloved beverage. "Everyone [who works here] knows what the recipe is."

The recipe has a 40-year French Quarter history. It started when Trey's grandfather, Jim Monaghan Sr., who began the Monaghan family's long tradition in New Orleans' bar scene, noticed another bar down the block from Molly's serving up a frozen beverage. In consistently hot and humid New Orleans, it was a lightbulb moment for the barman and his then-wife, Carol.

"In their mind, they were just like, we need to have that," Monaghan said. The experimentation began, and soon enough, the pair created the frozen Irish Coffee, a nod to the family's Irish heritage.

Still, it took time for the drink to really take off, according to Angie Koehlar, who was one of Monaghan Sr.'s business partners. With her husband, Troy, Koehlar eventually inherited the Erin Rose bar, which also serves frozen Irish Coffee.

"In the early 1990s, as always, I gave samples of the frozen Irish Coffee while (a bar patron) thought about what they wanted," Koehlar said. She'd even offer up samples if a patron thought they knew what they wanted in a bid to find a bigger audience for the drink. "It really was a huge investment emotionally to get bartenders to understand that this is worth fighting for, worth preserving. It's delicious, a beverage like no other. You can't compare it to the mudslide, a Brandy Alexander — it's on its own. Aside from being delicious and a standalone product, it's a history, a tradition of the family, of Jim Monaghan."

By the time Hurricane Katrina came along, Koehlar said, the drink was a New Orleans staple, as well known at the Monaghan bars as a Hurricane at Pat O'Brien's.

Unlike other famous New Orleans drinks, however, it would be impossible to try to replicate the frozen Irish Coffee at home without a significant investment in a frozen drink machine. The consistency just isn't possible with a blender, Trey Monaghan said.

Over the years, occasional bar patrons have sensed a change, which Monaghan admits has happened but only as a result of what ingredient brands have been available during the pandemic, or tiny adjustments made to the frozen machines in the three bars that serve it.

Recently, customers have been riffing on the frozen Irish Coffee recipe themselves — asking for extra shots of whiskey, vanilla vodka, or coffee liqueur. Rather than be overly precious about the recipe, Monaghan and Koehlar's teams encouraged customization, especially during the pandemic. They welcomed the easy extra cash during so many slow months when tourism and French Quarter foot traffic were unreliable.

"They're getting the frozen Irish Coffee with their own personality put into it," Koehlar said.

Beyond getting the recipe right, it's impossible to replicate the experience of getting the drink — a blend that's as much about the creamy-boozy-coffee concoction as it is about the history and hospitality from the people and places that serve it — at one of the three bars serving it.