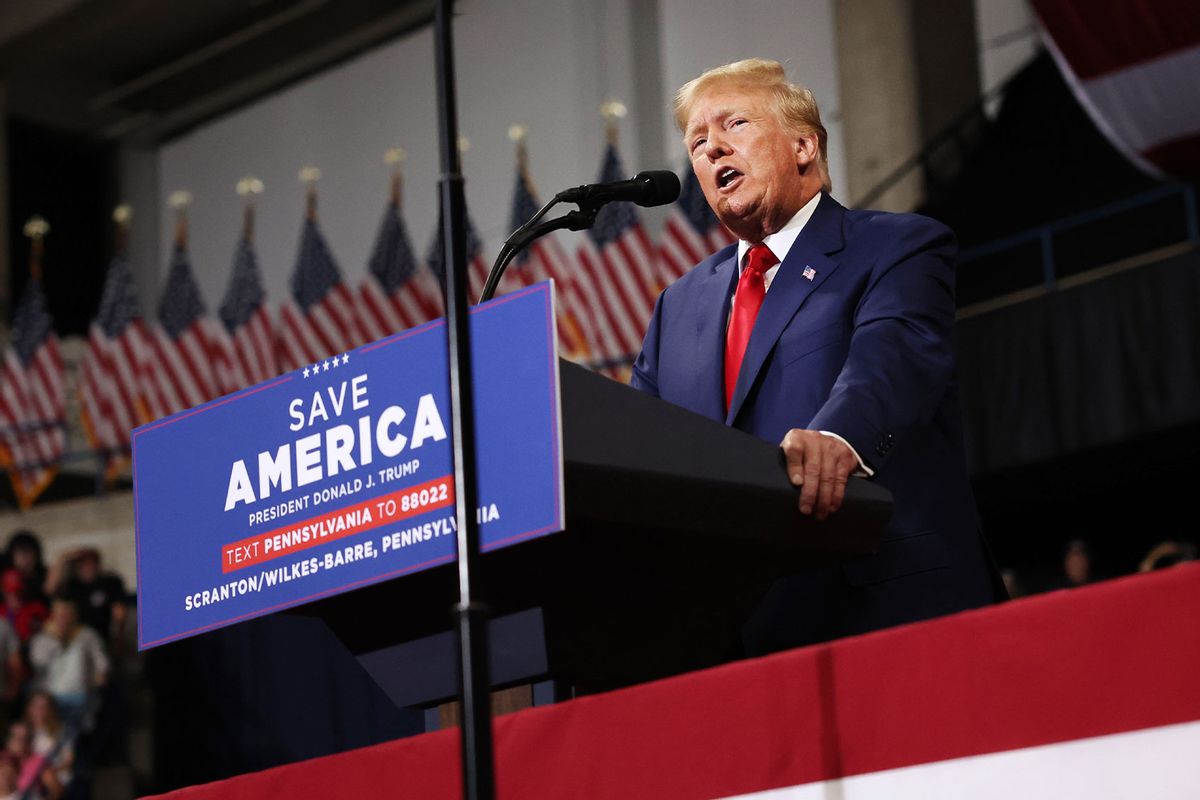 Former President Donald Trump's fundraising efforts following his landslide loss to President Joe Biden in the 2020 election are under investigation by a federal grand jury, according to multiple news outlets.

ABC first reported on Thursday morning that the United States Department of Justice has issued subpoenas to Trump aides and allies aligned with Trump's Save America Political Action Committee, which he has used to capitalize on his lies about the election having been stolen and rife with fraud.

"Since its inception, Save America PAC has brought in more than $135 million, including transfers from affiliated committees, according to disclosure records. As of the end of July, the PAC reported having just under $100 million in cash on hand," ABC noted.

In recent weeks, Trump has encouraged his followers to donate money to the PAC in the wake of the Federal Bureau of Investigation's seizure of above-top-secret documents relating to a foreign government's nuclear capabilities during its August 8th search warrant execution at Trump's Mar-a-Lago compound in Palm Beach, Florida.

More than two million dollars of funds have been distributed to attorneys representing witnesses that have testified before the House Select Committee probing Trump's January 6th insurrection at the United States Capitol.

But the latest development is yet another tendril in the legal net that is ensnaring Trump.

"The new subpoenas appeared to have been issued by a different grand jury in Washington than the one that has been gathering evidence about the so-called fake elector plan, which has focused on questions surrounding pro-Trump lawyers like Rudolph W. Giuliani and John Eastman," revealed Maggie Haberman of The New York Times.

Haberman added that "at least one of the new subpoenas bore the name of a veteran federal prosecutor in Washington who specializes in fraud cases, suggesting that this avenue of inquiry is devoted primarily to examining the spending and fund-raising at Mr. Trump's super PAC."

Allegations that the Save America PAC has been scamming its donors were put forth by Congressman Zoe Lofgren (D-California) during one of the Select Committee's public hearings in June.

"Throughout the committee's investigation, we found evidence that the Trump campaign and its surrogates misled donors as to where their funds would go and what they would be used for. So not only was there the big lie, there was the big rip-off," Ms. Lofgren said. "Donors deserve to know where their funds are really going. They deserve better than what President Trump and his team did."