By the end of the century, the San Joaquin Valley could endure two months of extreme heat every summer 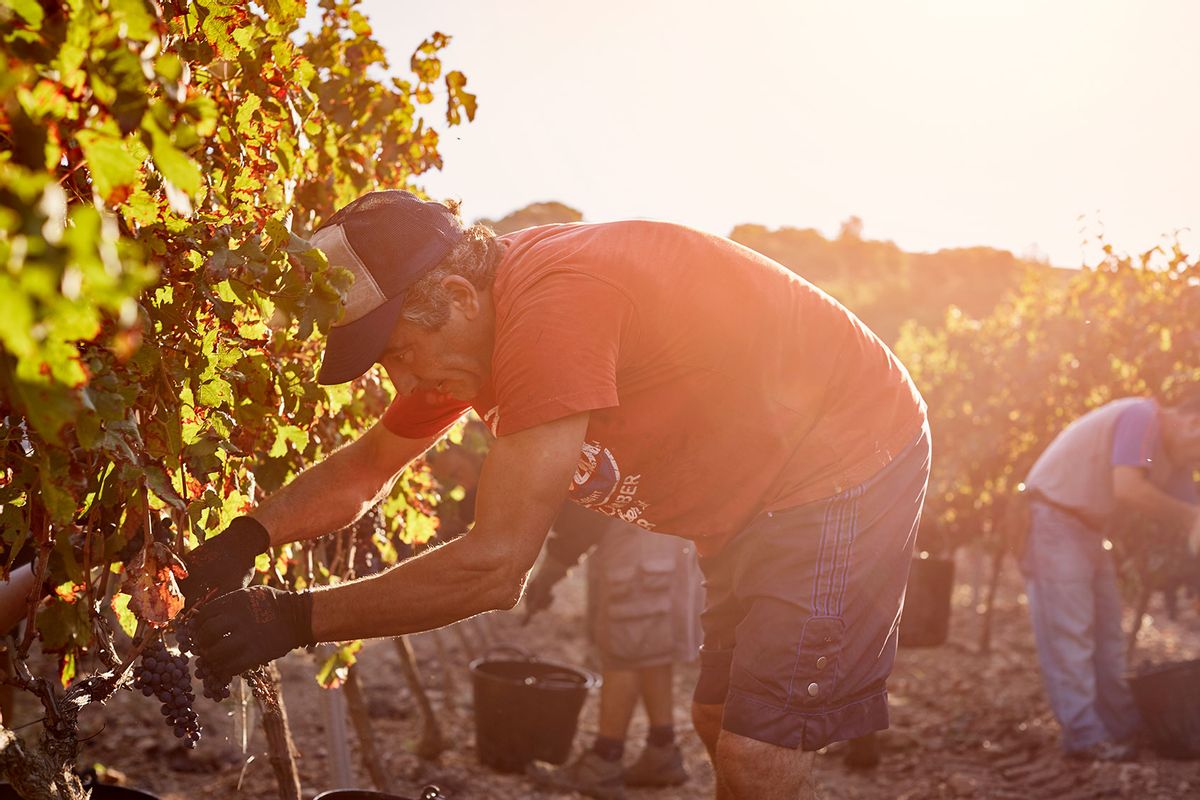 A scorching heat wave is beginning in California. In the San Joaquin Valley, temperatures are expected to stay above 105 degrees for eight days, endangering the 200,000-plus farmworkers who pick the valley's tomatoes, strawberries, and other crops. On Tuesday, the temperature could soar to 112 degrees in parts of this vast, 8-million-acre swath of California that grows much of the nation's fruit and vegetables.

As Civil Eats has reported, the consequences of this heat can be deadly. Farmworkers, who are a majority migrant and Spanish-speaking workforce, die of heat-related causes at a rate of 20 times more than other professions.

In 2004, a worker in the valley died from heat stroke after he spent 10 hours picking grapes in 105-degree weather, prompting California to enact the first heat standard in the nation. It requires employers to provide water and shade when temperatures climb above 80 degrees. Fatal heat-related illnesses have decreased since, according to the state's Occupational Safety and Health Administration, though a recent investigation found understaffing makes it hard to enforce heat protocols, and deaths have continued. At the national level, the U.S. Department of Labor's Occupational Safety and Health Administration is in the initial stages of creating a federal heat injury and illness prevention.

As climate change drives more extreme heat in California, Angel Santiago Fernandez-Bou, a postdoctoral scholar in environmental systems at University of California, Merced, says extended heat waves like the one coming up will only increase.

He co-authored a report released earlier this year that predicts the annual temperature in the valley will increase 4 to 5 degrees by mid-century, and up to 8 degrees by the end of the century. On a day when Merced was set to hit 107 degrees, Civil Eats spoke with Fernandez-Bou about what this means for farmworkers and agriculture in California.

How will more extreme heat in the San Joaquin Valley impact workers who work in the fields?

You will see a big impact on farmworkers because no one will be able to work under those conditions, and with the law restricting farmworkers exposure to extreme heat, it will make it more challenging to rely on farm work as a profession. It would be inhumane to be working in such extreme heat.

I don't want to speak for farmworkers, but I can give you an idea of the things I've heard. One of the main problems that farmworkers have is language barriers. It limits them to access information that is essential, such as standards to protect them against extreme heat. There are many grassroots organizations that are trying to reach out to farmworkers to tell them they have rights, that their employers have to implement those standards for them. That's really good, and while obviously no one wants to work in extreme heat, some have to work because they have no other option; they do it because they need to.

Can you speak to how heat will also change the ability to grow certain crops and could alter agriculture as we know it in the San Joaquin Valley?

Heat destroys a lot of crops. But in terms of farm work, I think crops that rely on a lot of farmworkers will be effected. For example, raisins. In the San Joaquin Valley, raisin production is going down because there  aren't enough farmworkers to pick up the raisins when they need to be picked up.

Farmworker scarcity is due to several factors, but definitely extreme heat is discouraging for anyone. For context, raisin farms require a lot of specialized farm work, maybe 30 or 40 people for 100 acres. The truth is that no child dreams of becoming a farmworker, and professional farmworkers are going to become more and more scarce.

I've heard of farmers losing whole yields because they couldn't find farmworkers to pick up raisins before a sandstorm. Then the sand covered all the raisins, the sand grains got inside the wrinkles of the raisins and they're not edible anymore. Raisins may be a crop that disappears from California.

Can you talk about how warming winters will impact agriculture in the valley?

If there's a lack of cool or chill hours, the trees don't rest during the winter, and they may not produce enough yield. For example, pistachios have female and male trees, and if they don't have enough chill hours, the pollen is not released when the flower opens and then there's no pollination of the pistachios.

Pistachios are hearty trees. They can be watered with very low-quality water. They are resistant to drought, and they can be planted in soil that's very bad for many other crops. But they need about 800 to 1,000 chill hours. There are regions of the San Joaquin Valley where the heat is increasing so much that maybe one day, they won't be able to be grow pistachios because of a lack of chill hours.

They can't plant almonds (in place of pistachios) either because while almonds cansurvive with few chill hours, the soil has too many salts and almonds are very sensitive to water quality. So, this is a conundrum because farmers won't be able to plant pistachios or almonds (in these rapidly warming regions). Those are crops that produce the highest revenues in the San Joaquin Valley.

By the nature of their job, farmworkers are at highest risk for heat-related harm, but can you talk about how extreme heat touches entire communities?

People in rural, disadvantaged communities don't have the means to pay for air conditioning which is a big problem. It makes them less resilient to extreme heat. And at the same time, they cannot open the windows because they have extremely poor air quality around them because of conventional agriculture. We have talked to people living in rural communities, who are not working on the fields, but near the fields, who told us their nose bleeds when the nearby orchards are sprayed with pesticides.

What a Rancher Rebellion Means for California's Water

Dust is a major problem, too, because it often carries pesticides that are in the soil, and it can trigger asthma and even Valley Fever. Also, fracking and heavy transportation [in rural, disadvantaged communities] affect air quality.

And if it's a hot night, they don't rest and they go to work more tired, and this is a cumulative problem. If you spend one day in the heat, it's bad, but if you spend a week in extreme heat, it's much, much, much worse.

What can be done now to prepare for this very hot future?

This year was very hot, and last year was really, really hot, and 2020 was the hottest year on record, tied with 2016. We are seeing extreme heat all over the United States.

We need to worry about what's happening tomorrow. I think increasing mechanization could help. The manual labor in extreme conditions is very dangerous. These farmworkers can be trained to operate the robots or be the ones who operate the machinery.

Regenerative ag can also create habitat for nature and better environmental conditions for everyone by suppressing pesticides. It improves air quality and creates safer work conditions for farmworkers. Regenerative agriculture can help mitigate climate change and its effects.