"Matt Gaetz is the only sitting Congressman to ever ask for a pardon for sex trafficking," said watchdog group CREW 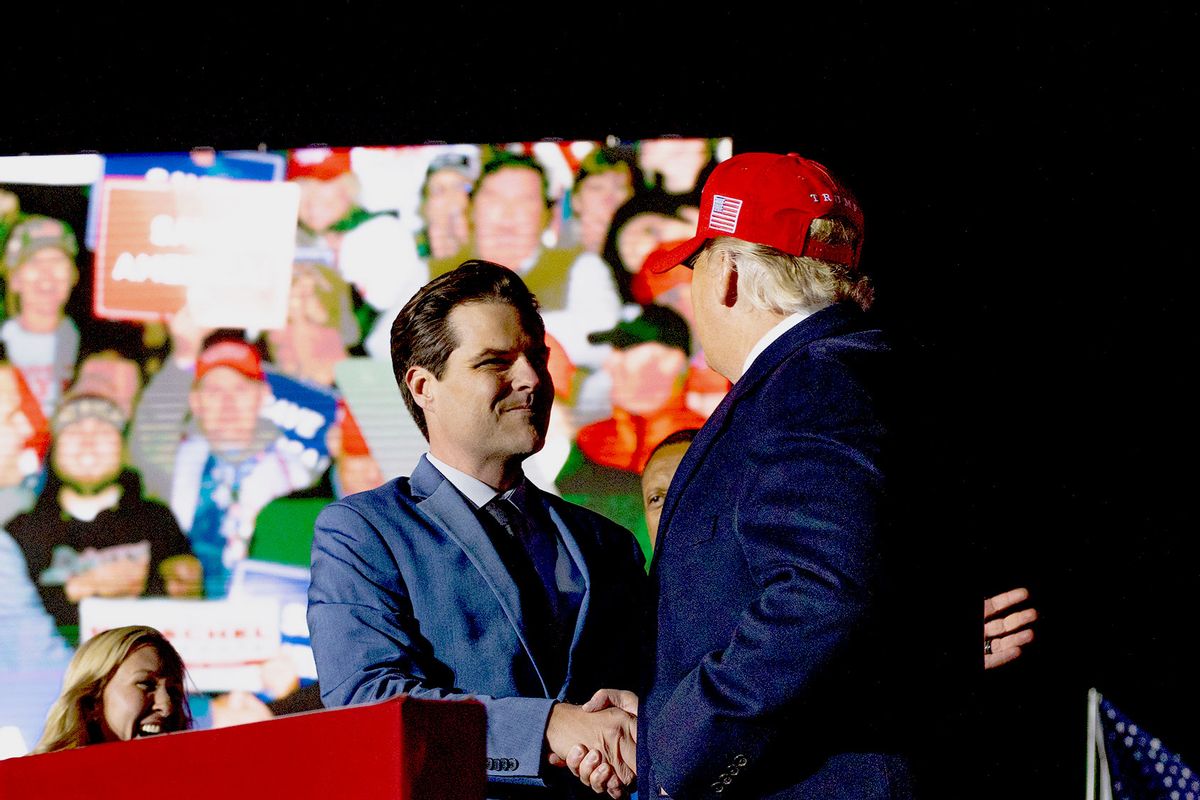 GOP Rep. Matt Gaetz of Florida is facing increased scrutiny after a bombshell Washington Post report that he sought a preemptive pardon for sex trafficking.

"The testimony is the first indication that Gaetz was specifically seeking a pardon for his own exposure related to the Justice Department inquiry into whether he violated sex trafficking laws. His public posture in the final months of the Trump administration was much less specific, repeatedly calling for broad preemptive pardons to fend off possible Democratic investigations," the newspaper reported. "The Justice Department investigation into whether Gaetz paid for sex, paid for women to travel across state lines to have sex, and had a sexual relationship with a 17-year-old, was opened in the final months of the Trump administration with approval from Attorney General William P. Barr."

Legal experts were stunned by the report.

"This was not the action of an innocent man," Snell tweeted. "This was the action of someone who knows he's guilty — and wanted a literal 'get out of jail free' card."

"Why hasn't Matt Gaetz been indicted yet? Because the investigation has ballooned — covering a huge web of political corruption, fraud, and embezzlement of COVID relief funds, as well as sex trafficking," Snell wrote. "A wave of indictments is anticipated for after the November election."

The watchdog group Citizens for Responsibility and Ethics in Washington (CREW) wrote, "To the best of our knowledge, Matt Gaetz is the only sitting Congressman to ever ask for a pardon for sex trafficking."

Rep. Ted Lieu (D-CA), a former military prosecutor who sits on the House Judiciary Committee, said that GOP Leader Kevin McCarthy has an obligation to remove Gaetz from the committee.

"GOP Rep Matt Gaetz is entitled to the presumption of innocence. He is not entitled to sit on the Judiciary Committee that has oversight over the Department of Justice that is investigating him for sex crimes," Lieu wrote. "A conflict of interest."

Lieu said McCarthy "must remove him from the Committee."

Harvard Law's Laurence Tribe wrote, "Gaetz is such a slime that his conviction and jailing would lower the average character of the prison population almost as much as it would raise the quality of Congress."

Gaetz, who represents Florida, is spending his weekend at the Texas Youth Summit.