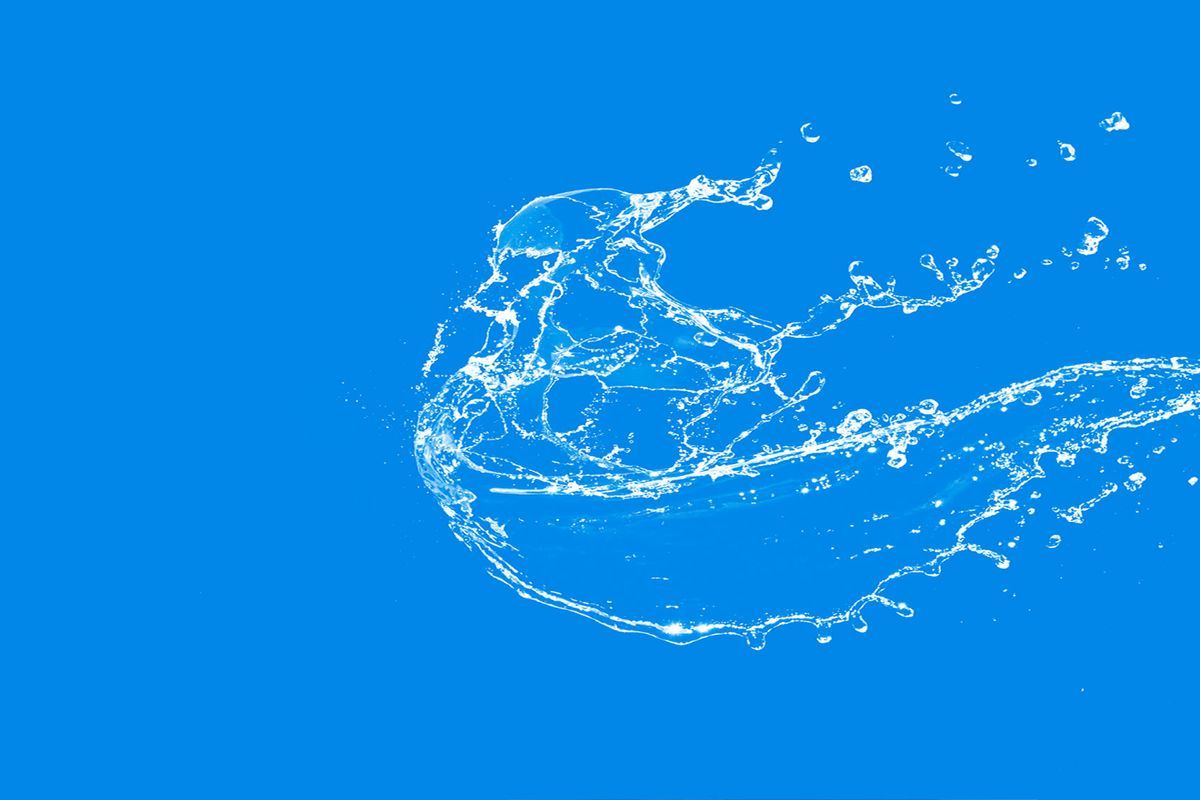 Water on a blue background (Getty Images/Jose A. Bernat Bacete)
--

Japanese researchers writing in the International Journal of Urology have made strides in helping settle a long-standing sexological debate: The clear fluid that some people with vaginas have been known to squirt during sexual stimulation is, for the most part, just pee.

To make matters more confusing, for centuries scientists and anyone willing to take a peek down there weren't 100 percent sure where this fluid was truly coming from. Many people assumed the bladder, but in some experiments capturing and analyzing the liquid (in the name of science, naturally), researchers found prostate specific antigen (PSA), which is only produced by the female prostate. These two glands sit on either side of the urethra, so it makes a little sense why this has been hard to suss out.

"The emission of fluid during orgasm in women was described for the first time to the best of our knowledge in the 4th century," researchers wrote in a 2010 paper titled "The History of Female Ejaculation." "The classical Taoist text, 'Secret Instructions Concerning the Jade Chamber,' provides information concerning the selection of romantic and sexual partners as well as the sexual act itself."

Can women be saved from bad sex? "Finding your desires is a conscious process," says author

The trials began in a very unsexy manner by first inserting a catheter into the participants' urethras to drain their bladders. Then, saline and indigo carmine (blue food coloring) was flushed back up into the bladder. The dye would become crucial later in the experiment.

Five women participated, with two each in their 30s and 40s, and one in their 50s. Three were able to use their hands alone to squirt, while the other two required penetrative sexual stimulation, in this case from two male partners, to squirt. While their partners were happy to help, researchers tried to make sure the male partners didn't ejaculate, which would make it less likely they contaminated the result.

If you're truly curious how this experiment was conducted, there is a short video (warning: the video is graphic, even though the presentation is quite detached and clinical) of the sex acts with blue dying gushing everywhere, scored with music to accompany.

The authors said it was difficult to find subjects for this study. Studies suggest that percentage of women with the ability to squirt ranges from 10 to 54 percent. Such a range may indicate there's a lot about female sexual pleasure that science does not yet know.

Males can apparently squirt, too. A 2018 case study of a 25-year-old man, also published in the International Journal of Urology, described a man who ejaculated, then 20 seconds later "squirted" for about a minute. This fluid was analyzed and also confirmed to be mostly urine. The description of the experiment sounds notably uncomfortable, as it involved an ultrasound probe inserted into the man's rectum used to measure contractions in the bladder.

The female reproductive system may have just gotten a little less mysterious, but there's a good reason why scientists don't fully understand this anatomy: Medical sexism. It's as prominent today as it was in the 17th and 19th centuries when men like Alexander Skene and Caspar Bartholin the Younger were going around naming parts of female anatomy after themselves.

about biology and sex