Is Earth a self-regulating organism? New study suggests our planet has a built-in climate control 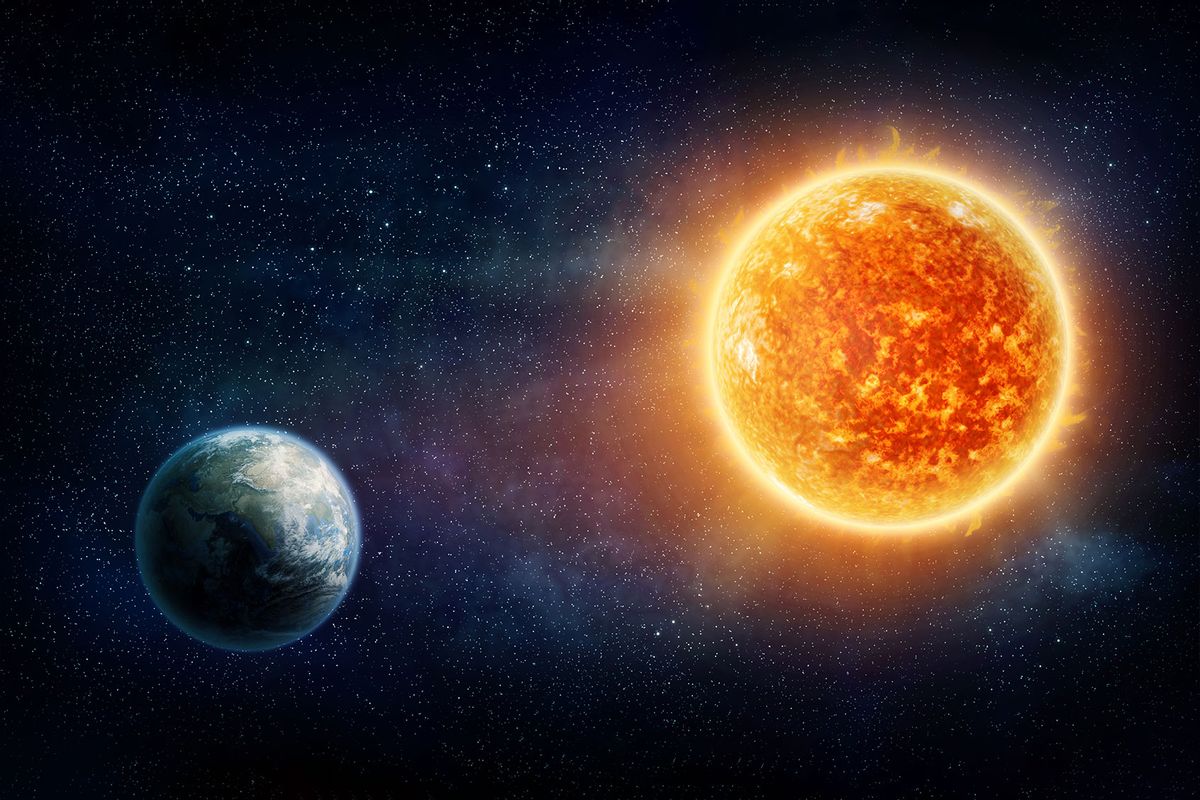 The Permian–Triassic extinction event, also called The Great Dying, has certainly earned its nickname. It was the largest mass extinction in the geological record, wiping out between 83 and 97 percent of all species living on Earth. Although the exact cause is debated, extreme volcanic activity that perhaps cooked the planet has been fingered as the main culprit.

But somehow, despite being pummeled by asteroids and space radiation, life on this planet has kept on keeping on for almost four billion years. As our planet enters a Sixth Mass Extinction, driven by a wave of human activity that has wiped out thousands of species, the question of how this works — particularly, how the Earth seems to bounce back from large-scale disasters, or extreme changes in atmosphere or climate — becomes even more pressing.

It turns out the answer may, in part, be even stranger than anyone imagined. New research in the journal Science Advances suggests that Earth can self-regulate its temperature over hundreds of thousands of years. In other words, there are large-scale geologic processes that seem to absorb carbon dioxide over huge time scales. However, the time scales involved are far, far too long to correct for the sudden spike in carbon dioxide caused by fossil fuel combustion, meaning that the mechanism won't save us from climate change.

"You have a planet whose climate was subjected to so many dramatic external changes. Why did life survive all this time?"

Constantin Arnscheidt and Daniel Rothman, two researchers from Massachusetts Institute of Technology in Cambridge, crunched the data from multiple datasets documenting the global temperature for the last 66 million years. These paleoclimate records include ice cores from Antarctica and the chemical makeup of prehistoric marine fossils, which can tell us a lot about what Earth's atmosphere was like in the distant past.

"This whole study is only possible because there have been great advances in improving the resolution of these deep-sea temperature records," Arnscheidt said in a statement. "Now we have data going back 66 million years, with data points at most thousands of years apart."

Ocean spray may have created conditions for life to form on Earth, new study suggests

The two MIT scientists found a strong pattern suggesting that Earth employs feedback loops to keep its temperatures within a range where life can thrive. However, this happens on a timescale over hundreds of thousands of years, so while it implies our planet will bounce back from anthropogenic climate change, it won't happen soon enough to save us.

"One argument is that we need some sort of stabilizing mechanism to keep temperatures suitable for life," Arnscheidt said. "But it's never been demonstrated from data that such a mechanism has consistently controlled Earth's climate."

The finding has big implications for our understanding of the past, but also how global heating is shaping the future of our homeworld. It even helps us better understand the evolution of planetary temperatures that can make the search for alien-inhabited exoplanets more fruitful.

"You have a planet whose climate was subjected to so many dramatic external changes. Why did life survive all this time? One argument is that we need some sort of stabilizing mechanism to keep temperatures suitable for life," Arnscheidt said. "But it's never been demonstrated from data that such a mechanism has consistently controlled Earth's climate."

Many scientists have proposed that Earth has self-regulated its temperature throughout history, but this has been difficult to prove. In the 1960s, the late inventor and environmentalist James Lovelock applied Darwinian processes to the entire planet, rather than a single organism, to explain how such a complex system evolved. He called this the Gaia hypothesis, which explains how Earth and its biological systems formed feedback loops that keeps our planet favorable for living organisms.

It also helped explain the Faint-Sun Paradox, first proposed by astronomers Carl Sagan and George Mullen in 1972. Essentially, our Sun used to be a lot smaller and colder 4.5 billion years ago. Back then, based on our current understanding of the life cycle of stars, the Sun would have been about 30 percent dimmer than it is today. This in turn would have made Earth too cold for liquid water, preventing life from forming — yet obviously this happened. So how did our rocky world pull this off?

The answer seems to lie in how carbon is cycled through the planet. A prominent theory is that when our planet first formed, it had an atmosphere chock full of carbon dioxide, a potent greenhouse gas, that allowed it to absorb heat, even though the Sun was colder.

"On the one hand, it's good because we know that today's global warming will eventually be canceled out  through this stabilizing feedback. But on the other hand, it will take hundreds of thousands of years to happen, so not fast enough to solve our present-day issues."

A complex process known as silicate weathering then removes carbon dioxide from the atmosphere and buries it at the bottom of the ocean. Over time, this cools the planet. Then, something like major volcanic eruptions or humans driving cars, pumps more carbon dioxide in the air, warming the planet again. Over the eons, Earth seems to be balancing between too cold and too hot, explaining why some call Earth a Goldilocks Planet.

The MIT study helps match existing data with this long-held theory, which helps us better understand our past and the consequences of unchecked climate change. And it would make sense that if these feedback loops exist on our planet, they may also exist in other galaxies, informing the hunt for extraterrestrial life.

"On the one hand, it's good because we know that today's global warming will eventually be canceled out through this stabilizing feedback," Arnscheidt said. "But on the other hand, it will take hundreds of thousands of years to happen, so not fast enough to solve our present-day issues."

However, Arnscheidt's model was unable to account for this balance on timescales longer than one million years, so random chance may have also played an outsized role in life's success on this rock.

"There are two camps: Some say random chance is a good enough explanation, and others say there must be a stabilizing feedback," Arnscheidt said. "We're able to show, directly from data, that the answer is probably somewhere in between. In other words, there was some stabilization, but pure luck likely also played a role in keeping Earth continuously habitable."

It may have been a mix of randomness and feedback loops like silicate weathering that influenced Earth's temperature in the past. But in humanity's future, it will be free will —our policy, our consumption, our choices — that determines the temperature of the planet going forward. And we may just overwhelm these natural systems so much that they won't be able to balance out, similar to prominent theories about potential life on Mars.

"The heating of the Sun has been slow enough to allow life to evolve, a process which takes millions of years. Unfortunately, the Sun is now too hot for the further development of organic life on Earth," Lovelock wrote in his 2019 book "Novacene: The Coming Age of Hyperintelligence." "The output of heat from our star is too great for life to start again as it did from the simple chemicals of the Archean Period between 4 billion and 2.5 billion years ago. If life on Earth is wiped out, it will not start again."