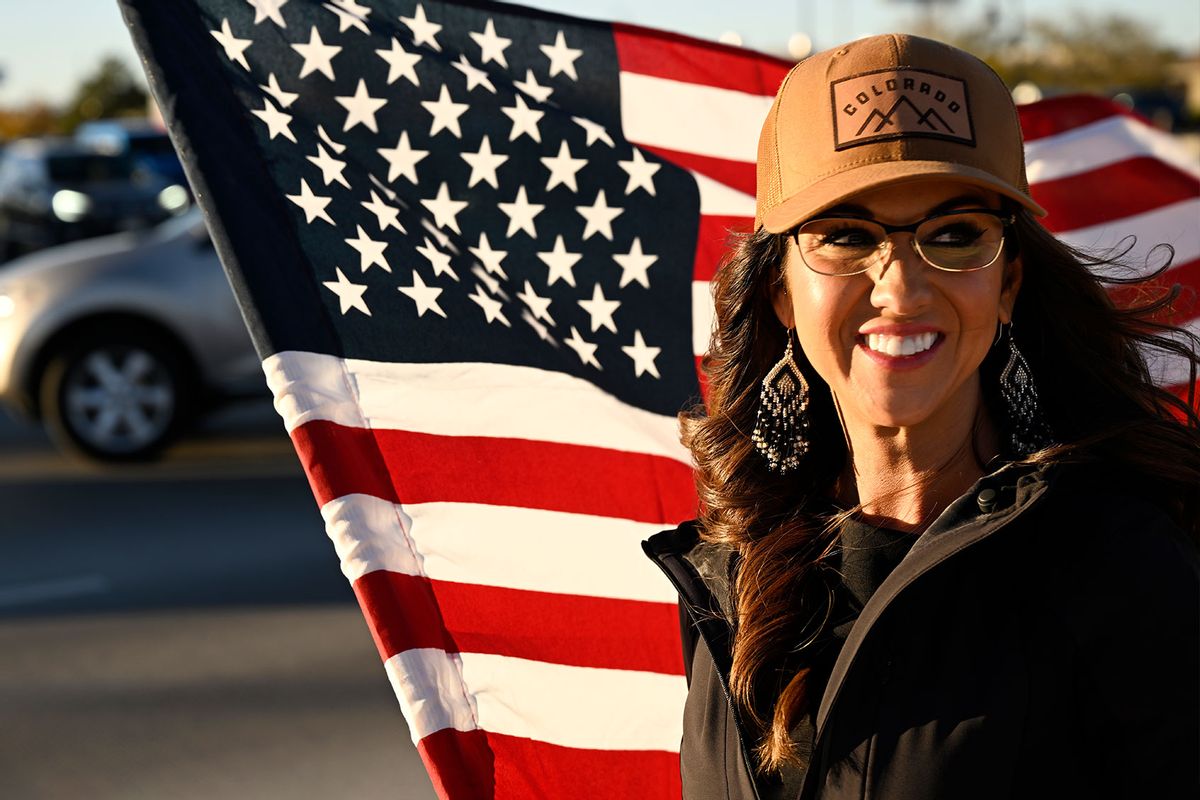 Rep. Lauren Boebert's critics on both the left and the right were disappointed when the far-right MAGA congresswoman narrowly defeated Democrat Adam Frisch in Colorado's 3rd Congressional District. It was an incredibly close race; as of Friday morning, Nov. 18, Boebert was ahead by only 551 votes in a very GOP-leaning district.

During the campaign, Frisch and his supporters — including some Never Trump conservatives — vehemently called out Boebert as an extremist. The congresswoman has drawn plenty of criticism for her inflammatory anti-Islam and anti-gay comments, and in a scathing editorial published on Nov. 22, the Denver Post's editorial board argues that her anti-gay rhetoric has contributed to the type of hate that led to the attack on Club Q, a gay nightclub in Colorado Springs.

On Saturday, Nov. 19, a gunman killed five people and injured at least 18 others when he attacked Club Q. The day after the attack, Boebert tweeted, "The news out of Colorado Springs is absolutely awful. This morning the victims & their families are in my prayers. This lawless violence needs to end and end quickly."

But the Post's editorial board argues that Boebert's statement doesn't mean much in light of all her comments attacking gays, transgender Americans and drag queens.

"This is the same person who has previously offered up these gems: 'Take your children to CHURCH, not drag bars' and 'We went from Reading Rainbow to Randy Rainbow in a few decades, but don't dare say the Left is grooming our kids!'," the Post's editorial board says of the MAGA congresswoman. "Boebert was rightly excoriated for her role in elevating hateful speech against the LGBTQ community. As an added bonus, her hardline positions on gun control, ruling out even common-sense measures, mean she would not have supported any efforts that might have kept guns out of this shooter's possession."

The Post's editorial board adds, "Boebert's profile made her an easy target for those pointing out the dangerous environment created when we fail to treat our lesbian, gay, bisexual, transgender and queer neighbors as equals. But she is not the only one in this state, let alone the nation, guilty of perpetuating the rhetoric that fuels fear and hate."

The editorial is not subtle, telling Boebert that when it comes to calling out hateful rhetoric, "We're looking at you."

And the Post's editorial board laments that hateful anti-gay rhetoric from the far right continues after the assault on Club Q.

"As the dead are buried, and as this case works its way through the courts, we will no doubt be assaulted with the same vile remarks we've heard before about the LGBTQ community," the Post's editorial board writes. "Those voices should never be elevated, and we are disheartened to see them creeping into mainstream social media channels. We are disappointed voters decided Boebert's behavior should, as of the latest vote tally, be rewarded with another term in Congress."