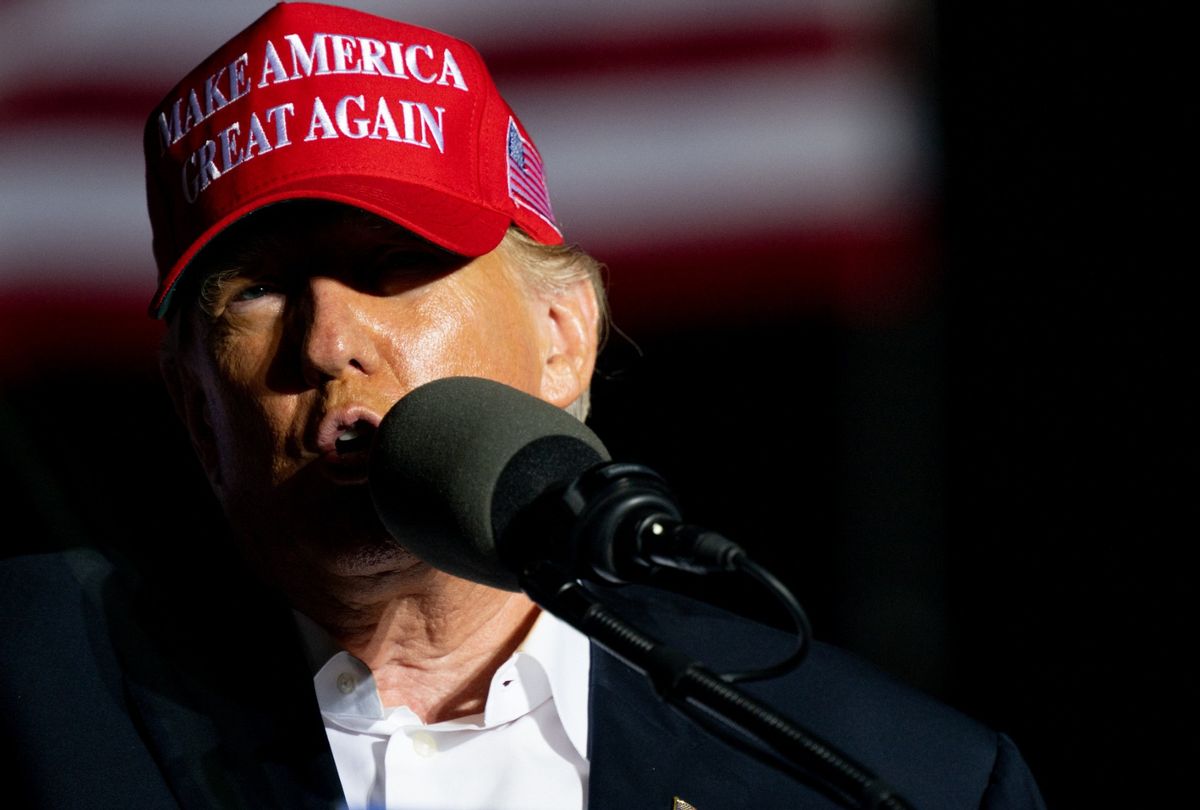 During an appearance on MSNBC on Saturday morning, podcast host and political commentator Dean Obeidallah rolled his eyes at Donald Trump's assertion that he didn't know who Nick Fuentes -- a notorious anti-semite and Holocaust-denier -- was when he had dinner with him earlier in the week.

Trump has been in damage control mode since news broke that he sat down to dinner at Mar-a-Lago with Fuentes and equally controversial Kanye West -- and went so far as to say he was clueless about who Fuentes was, who has also been associated with Reps. Marjorie Taylor Greene (R-GA) and Paul Gosar (R-AZ).

"Donald Trump had a meal at Mar-a-Lago with Kanye West who has had a bunch of antisemitic outbursts recently, and with Nick Fuentes who is a Holocaust-denier among a library of other unsavory things," Velshi prompted. "For a guy who is running for president you think he would lay low and try and clean up its act a little bit but that does not seem to be of any interest to him."

"Donald Trump is trying to animate his base," Obeidallah replied before joking, "Not all Republicans are racist, but all racists are Republicans -- I like to say that a lot."

"The reality is that Kanye West, not months ago, not years ago, weeks ago was using all that anti-semitic garbage," he continued.

"It's impossible to believe Trump did not know him [Fuentes]," Obeidallah furthered. "First of all, Trump has Secret service; you don't just wander up to Trump. Secondly, Nick Fuentes ran the America First Foundation that Marjorie Taylor Greene spoke at. There they were huge headlines Trump had to see."

"That guy was the host of a right-wing channel, he loves Trump!" he added. "He was there January 6th, Trump knew who Nick Fuentes was, I have no doubt about it."