Is the brain a quantum computer? A remarkable pair of studies suggests so

Using modified MRI machines, physicists may have found quantum entanglement between the heart and brain 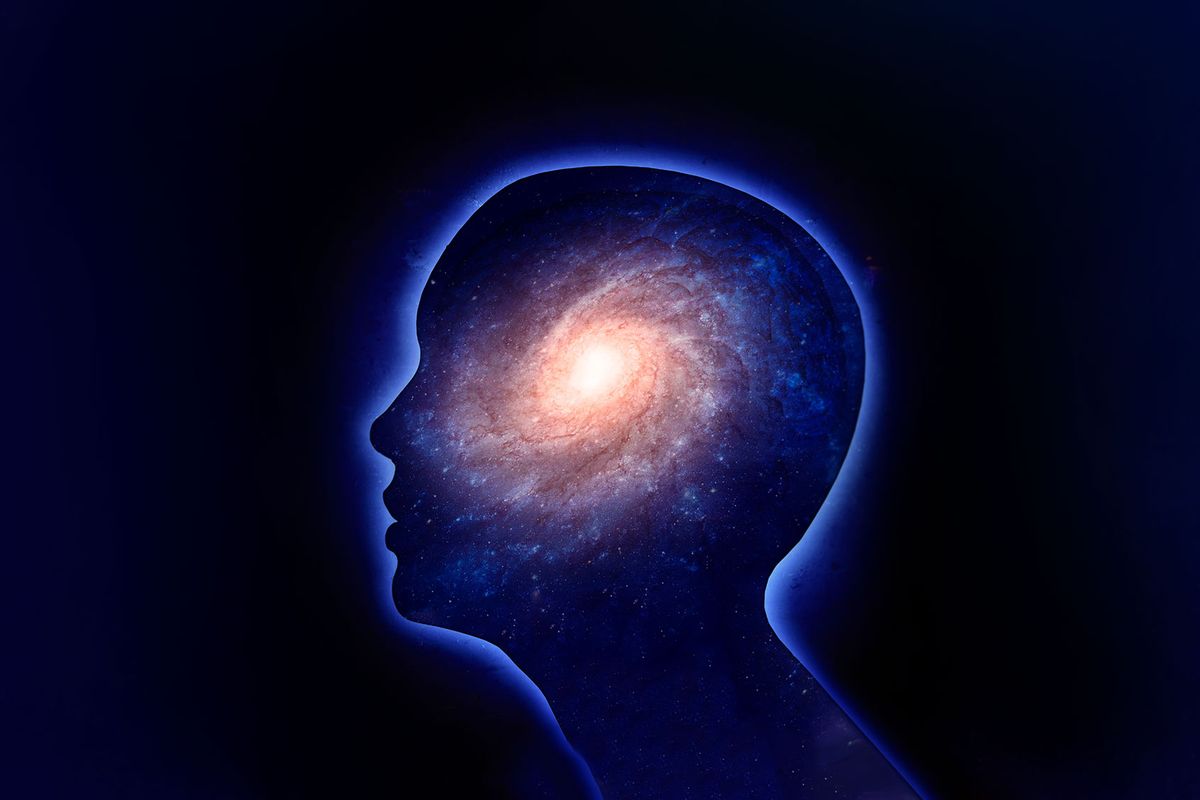 If someone were to (theoretically) throw a wrench at your head, you might be able to catch it just in time to avoid a concussion. But how? Typically, for split-second reactions, we do not consciously decide to catch. Your brain reacts, does the catching thing, and you don't have to think about it at all.

In fact, our brains regularly make decisions before we even know it. In one 2008 experiment, that has since been repeated a few times, participants were given decision-making tasks while their brains were monitored using brain imaging techniques. It was found that one's brain can make a decision up to 10 seconds before its owner is consciously aware of it.

There's a lot going on in the mind that scientists are still trying to understand. Indeed, despite numerous attempts by neuroscientists over the last century and beyond, it has been difficult to pinpoint exactly why consciousness exists or what it is — a quandary known as the "hard problem of consciousness." Even though we have a good understanding of where consciousness originates — essentially via neurons sending signals to each other — scientists still aren't sure how it arises in matter. After all, humans are just made of basic chemicals like the rest of the universe. A rock isn't conscious—is it? So what makes our soup of chemicals called a brain different? That's the hard problem to solve.

For decades, some outsider researchers have postulated that the brain has some connection to quantum entanglement that results in consciousness. And a recent experiment published in the Journal of Physics Communications is an indicator that this could be possible.

"The brain has a backup system": Why people missing much of their brain can miraculously recover

"Quantum" is a term thrown around so often, especially in the realm of pseudoscience, that it can be devoid of meaning if it's not properly contextualized, but it doesn't have to be confusing. The whole realm of quantum mechanics simply deals with things at their smallest possible level, as small or smaller than atoms. "Quantum" in this context is a synonym for discrete: a photon is a quantum of light, for example, meaning a discrete packet of energy or matter.

On a macroscopic scale, the realm of baseballs and planets, objects tend to have well-defined locations and velocities. This is the realm of "classical" physics. But the rules of physics operate slightly differently in the world of the very small. On a quantum scale — in this sense, we mean "tiny" — individual atoms or particles don't have fixed points, but a probability that they exist within a certain place at a certain time. Odder still, individual particles can have connections to other particles in different points in space.

"I think if you ask, most neuroscientists — or even physicists — would say that it's not possible to find entanglement in the brain."

Still, this idea that quantum mechanics is implicated in consciousness is still not very popular among most neuroscientists or physicists, who believe consciousness happens via classical physics, not the quantum level. It's especially hard to test the idea because it requires measuring living human brain activity at mind-bogglingly small levels.

"I think if you ask, most neuroscientists — or even physicists — would say that it's not possible to find entanglement in the brain," Dr. Christian Kerskens, the lead physicist at the Institute of Neurosciences at Trinity College Dublin, told Salon. Entanglement is a theory central to quantum mechanics that explains how photons or electrons can become connected, or entangled, even at long distances. Entangled particles may have properties that are seemingly in two states at once, until someone steps in and observes them.

"I actually was working on this for a long time," Kerskens said. "I did blood flow measurements during my PhD. And when I studied the dynamics of blood flow, I thought of something going on there that you can't really explain with just classical physics."

"I'm responsible for the two MRIs at Trinity College," Kerskens added. "As a physicist, I'm the person who has to come up with ideas what we can do with them."

Kerskens borrowed an experiment model that has been used to explore quantum gravity, described as "one of the deepest physics mysteries of our time." A theory of quantum gravity seeks to marry two seemingly opposed fields of physics: the microscopic world of quantum mechanics with the macroscopic world of gravity. They are odd bedfellows: Gravity has a seemingly limitless range, and the largest-scale structures in the universe, galactic superclusters, exist because of gravity's ability to create structures that span millions of light-years; yet on a small-scale, the force of gravity is negligible, and is typically ignored in quantum mechanical calculations. For decades, physicists have tried to come up with a theory that merges these two forces, but to no avail.

So what could quantum mechanics have to do with the brain? Using slightly tweaked MRI (Magnetic Resonance Imaging) machines, Kerskens and his co-author David López Pérez at the Polish Academy of Sciences scanned 40 test subjects. In magnetic resonance imaging, extremely powerful magnets make all the magnetic particles in the human body align in the same direction; the movement of matter within a person can then be observed with precision.

In the case of these experiments, the MRI machines weren't exactly hacked, but they were used unconventionally. Normally, with these massive machines, you want a clear signal. But Kerskens and Pérez altered them so their signals were almost like a radio tuned to static.

Then, the researchers monitored signals of brain water, a fluid that naturally accumulates in our skulls and has proton spins that can be detected with MRI. Through the static, they also received signals from the heart called "heartbeat evoked potentials."

The heart does all its work via signals sent by the brain; this relationship has been shown to influence conscious perception, which shifts with focus of attention. In the MRI experiment, Kerskens and Pérez found that the heartbeat signals correlated with spikes in brain activity.

This was unexpected: these types of heartbeat signals aren't normally detectable through an MRI. Yet the researchers believe they could detect them because the protons in the brain water and the protons in the heart had their spins "entangled" — meaning that the brain perhaps mediated the entanglement. That implies something happening on the quantum level with the brain's signals.

"We found that there's a correlation between our signal and the short-term memory performance of the volunteers," Kerskens explained. In the paper, he and Pérez emphasized that "quantum fluctuations may be essential for cerebral dynamics and cognitive functioning."

In other words, these two signals overlapping is a strong indicator of entanglement. Again, this is a fundamental aspect of quantum mechanics, which means our brains and thus consciousness could work a bit like a quantum computer. This experiment is a good indicator of something happening that was entangled — especially given that a few research participants fell asleep, as one does in an MRI machine, and when they became unconscious, the signal disappeared.

Kerskens and Pérez repeated the experiment in another paper published in October, this time with 60 participants varying in age. Half were between 18 and 29 and the others were older than 65. Not surprisingly, the heartbeat signals were less stable with age, but after being given a test that measures mental performance, it became clear that the complexity of the heartbeat may be somehow related to improved cognitive ability.

"We found that there's a correlation between our signal and the short-term memory performance of the volunteers," Kerskens explained. In the paper, he and Pérez emphasized that "quantum fluctuations may be essential for cerebral dynamics and cognitive functioning."

But it's not hard proof, at least not yet. Nonetheless, it's worth continuing to explore this issue because the implications are huge. It could offer a completely different way to look into therapies for stroke or neurological diseases. It might help build better quantum computers. Or it could just indicate we need to rethink how the mind works.

"Is maybe quantum mechanics not complete? Is there something else that we are missing?" Kerskens wondered.

MRI machines have existed for a long time, so why haven't they been used before like this? Kerskens said he assumed the reason why this type of experiment hasn't been done before is because most people don't believe quantum mechanics relates to how the brain creates consciousness. And more research is truly needed to better demonstrate that consciousness is quantum.

"Our experiment doesn't explain how it could work. It only proves that it should be quantum," Kerskens said. "Maybe there's a different explanation for it. The next step would be then, how does it actually work? That will be for me, the next interesting aspect."