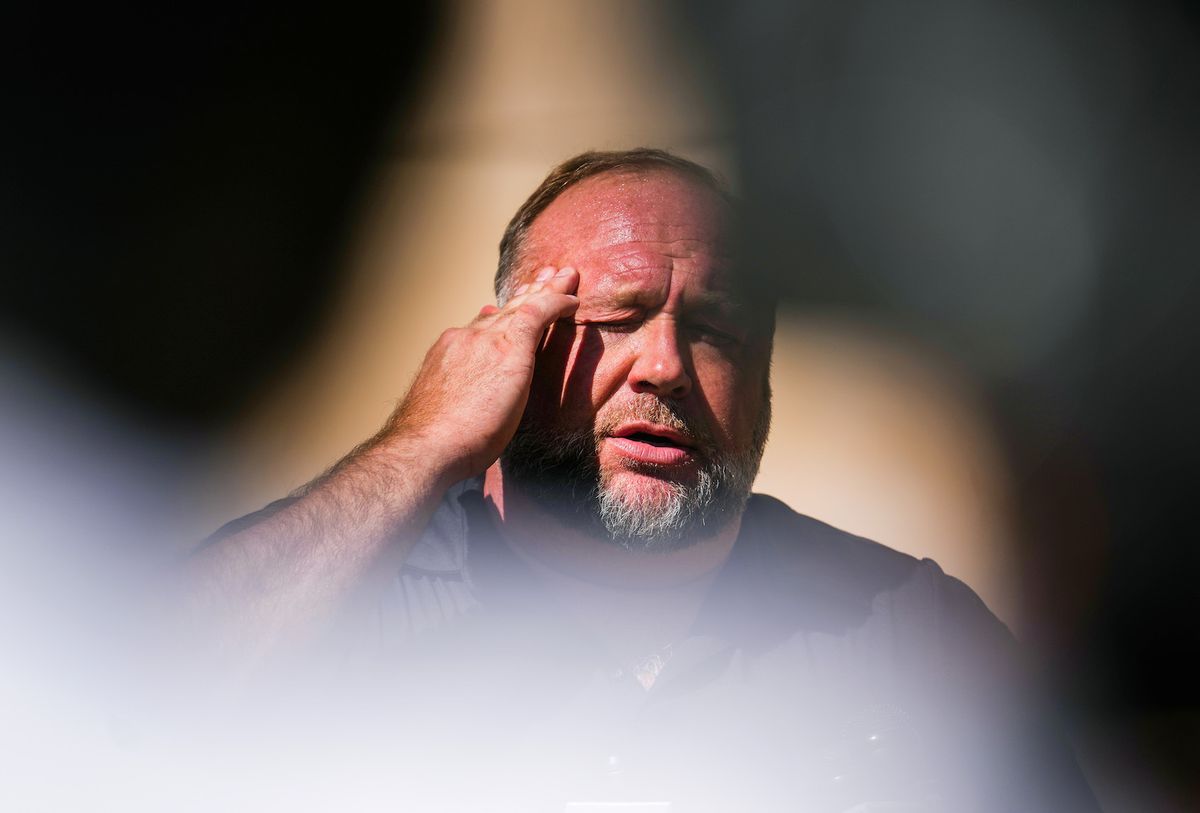 According to Reuters, Jones' filing claims that he has up to $10 million in assets, while also claiming liabilities that total in the billions of dollars.

Jones' filing comes in the wake of the massive defamation verdict leveled against him for his false claims that families of slain Sandy Hook Elementary School students were "crisis actors" who were lying about their dead children.

However, a report from the Washington Post published earlier this fall indicated that Jones may be moving money around in a manner designed to exaggerate his purported poverty and avoid paying out the money owed to the Sandy Hook families.

"As the potential for damages mounted, Jones began moving millions of dollars out of his company, Free Speech Systems, and into companies controlled by himself, friends or relatives," the paper reports. "The transfers potentially put those funds out of reach of the Sandy Hook plaintiffs."

Among other things, the Post found that Jones "started paying his personal trainer $100,000 a week to help ship supplements and other merchandise" and that "a company managed by Jones's sister and listed as a 'supplier or vendor' was paid $240,000" for its services.