"Put up or shut up about how you really want them to have sick leave!" 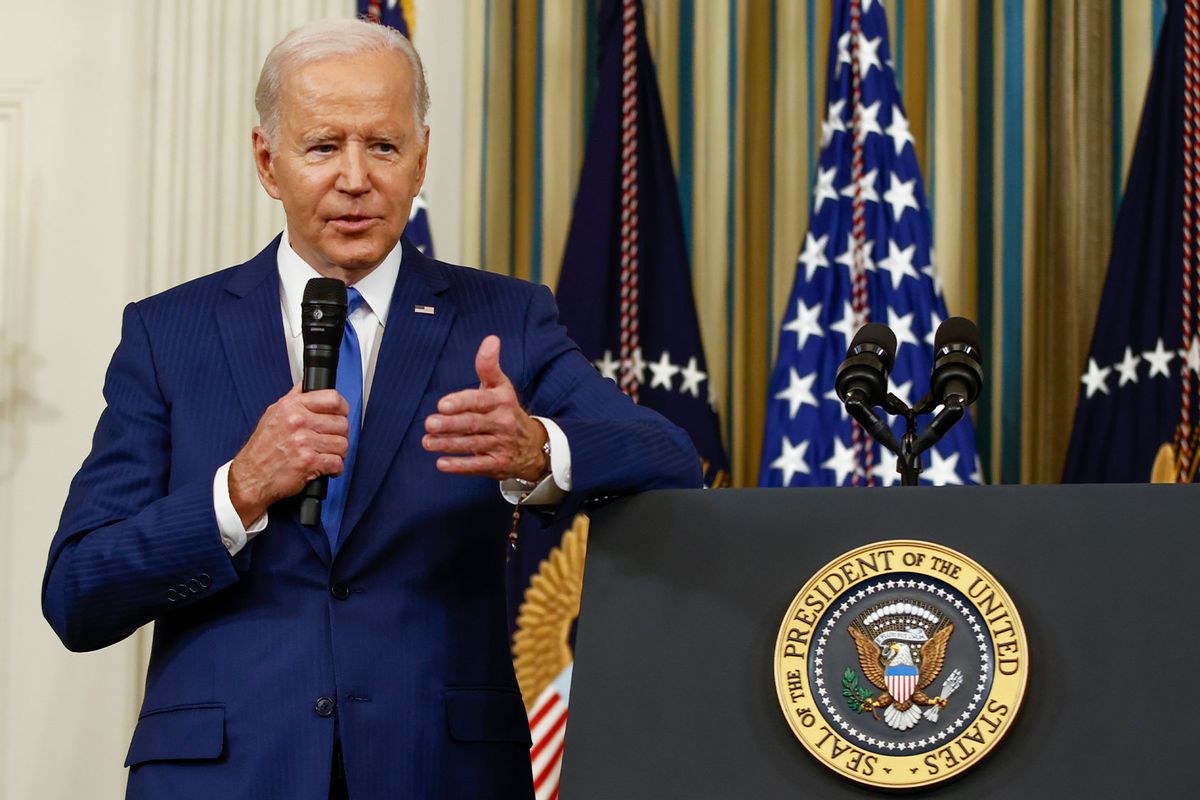 U.S. President Joe Biden takes questions from reporters, after he delivered remarks in the State Dining Room, at the White House on November 09, 2022 in Washington, DC. (Samuel Corum/Getty Images)
--

As the U.S. Senate on Thursday passed legislation brokered by President Joe Biden denying freight rail employees any compensated sick leave, labor advocates implored the president—who called himself the "most pro-labor" president ever—to sign an executive order guaranteeing at least seven days of paid days off for illness to railroad and other workers.

The upper chamber voted 52-43 Thursday—eight votes short of the 60 needed for passage—for a House-approved proposal by Rep. Jamaal Bowman (D-N.Y.) to give rail workers seven paid sick days as part of a tentative contract being forced upon rail workers by Congress and the Biden administration under the terms of the Railway Labor Act of 1926 in order to avoid a crippling strike.

The senators voted 80-15 in favor of a Biden-brokered tentative agreement without a single sick day that forces rail workers to remain on the job or be fired.

Biden said in a statement following the votes that he would sign the bill "as soon as it comes to my desk."

"I know that many in Congress shared my reluctance to override the union ratification procedures," he said. "But in this case, the consequences of a shutdown were just too great for working families all across the country. And, the agreement will raise workers' wages by 24%, increase health care benefits, and preserve two-person crews."

Anticipating Thursday's defeat, The Intercept's Ryan Grim wrote ahead of the votes that an unnamed "railway union source said that the next phase of the fight would be a demand that Biden include rail workers in a coming executive order that would mandate 56 hours of paid sick leave for federal contractors."

"The bipartisan support in the House and Senate for the sick days, even though it fell short of 60, could boost the argument for including such workers in the order," Grim added.

Another Twitter user quipped: "If you want to take an 11-dimensional chess view, getting Congress to pin the contract to a 24% raise and an average $16k bonus before Biden takes the paddle to the railroads via executive order would be a pretty sweet move indeed."