Home for the holidays with an eating disorder

"Eats like a bird," my mother pretended to complain to her friends. But I knew she was proud 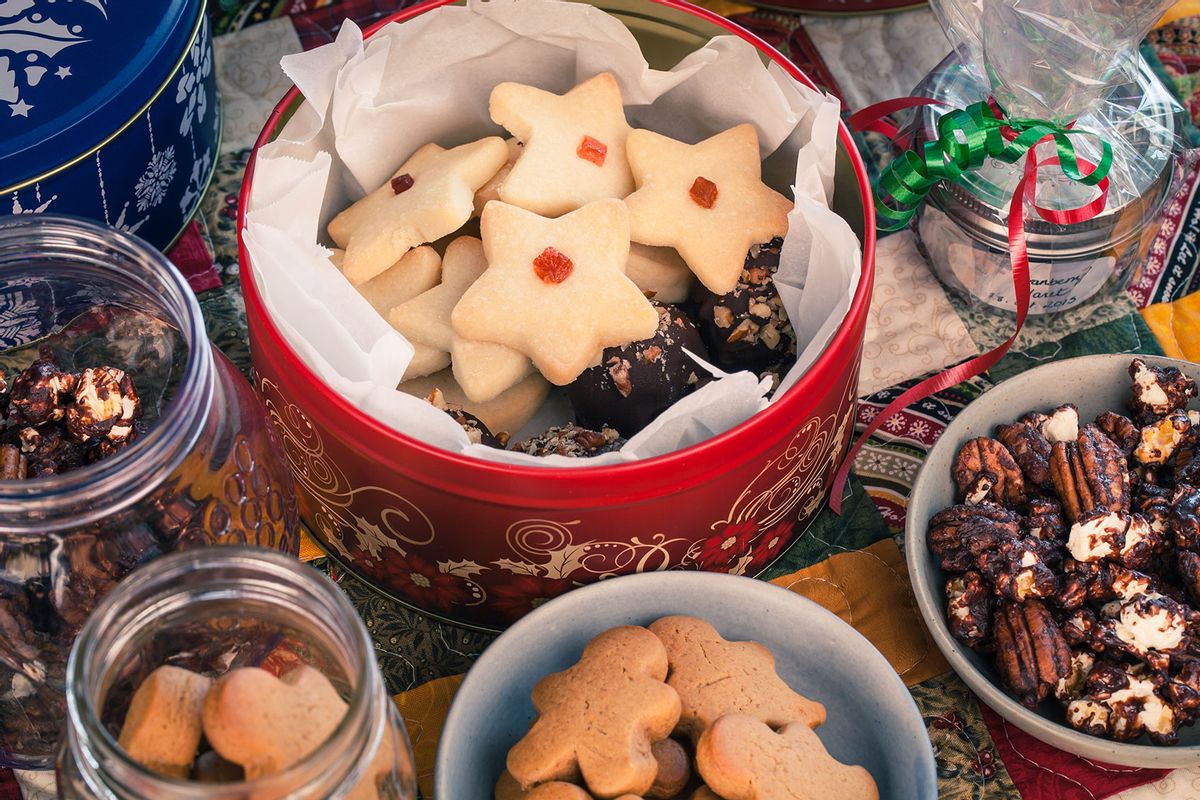 "I have to go meet some friends," I lied to my mother one night in the middle of winter break during my freshman year of college. "Can I use the car?"

"Right now?" she asked. It was after 10 o'clock. The Hanukkah candles had already burned their way down.

Before she could say no, I slipped the keys off the hook next to the oven. I drove the red Honda down the street to the gas station where my high school group used to meet up on Saturday nights to decide if we wanted to go to Callahan State Park to drink wine coolers and smoke clove cigarettes or head to a party at someone's house whose parents were away.

I asked for a key to the bathroom, which was tethered to a wooden mixing spoon. It was extra humiliating because I imagined the person behind the counter knew why I needed it, what I was planning to do.

I kneeled in front of the toilet and forced myself to keep my eyes open, to look at the filth. If you lost control the way I did, you deserved to be here, knees pressed into the rusty linoleum of a gas station bathroom floor. Then I stuck my finger down my throat. I did it again and again until I got rid of as much as I could.

It was extra humiliating because I imagined the person behind the counter knew why I needed it, what I was planning to do.

I had planned to eat just one cookie. My father was an elementary school principal and it seemed like every kid had given him a decorative tin of hand-made holiday treats. I picked one snowflake cookie with clear crystals on top. But it tasted so good, like a slice of butter coated in sugar. So I had another. This time a chocolatey ball rolled in nuts. That was fine, right? Normal people had two cookies after dinner. Maybe even three. So I had another. Chocolate chip, a classic. And another. Then the whole night was ruined so who cared? I took a cookie from every tin. Red and green and blue and white. Snowmen and Christmas trees and angels and circles and rectangles. It wasn't even food anymore. Just shapes and colors.

Throwing up when I was sick terrified me. But doing it like this, when I was in control, wasn't scary. It was necessary. I had made a mistake and it had to be corrected.

When I was done, throat raw and nose pricked with stomach acid, I felt so much better. Lighter. Cleaner. I stood up and looked in the dented bathroom mirror. I rinsed out my mouth with water. Put in a piece of spearmint gum. Sugar-free, five calories. My eyes were wet. It was only at these times, after getting rid of all the excess, did I ever think I appeared anything close to acceptable.

I returned the spoon key to the counter person, not meeting her gaze, pretending I was suddenly very interested in the display of 10-hour energy supplements. Then I went back to the car. As I was driving, I heard a persistent beeping behind me. I couldn't figure out why until I realized I hadn't turned on the headlights. It was a mistake, or maybe a request: Please don't look at me. I'm not really here.

I drove around for a while, looping the streets so my story about a quick meet-up with friends might hold. It was a suburban Massachusetts neighborhood built in the 1960s, every sturdy ranch starter house the same, brick with three bedrooms. Practical dwellings for practical people. Many were strung with Christmas lights. Simple displays. I was in no rush to return home.

The holiday season had started with my father throwing a corkscrew across the dining room at my mother just before my favorite cousin arrived for Thanksgiving. It was my mother's fault, of course. For asking him if we had a corkscrew.

The trick was to figure out what they wanted from me and deliver it. But since leaving for college I was more interested in what I wanted from myself. To lose weight.

I had lost five pounds in the first few weeks at Vassar, from all the excitement. New friends and new guys and a new life apart from my parents. It was 1992, I was wearing cutoff jean shorts and vintage men's suit vests and Doc Martens with no socks. I had brought along the bathroom scale from home. This made me popular with the girls on my floor who came by to weigh in. I couldn't believe how they did it, fully clothed, with me watching, in the middle of the day. It seemed obscene. I only weighed myself first thing in the morning, naked, after using the bathroom, with the edge of the scale perfectly aligned with the planks of the wood floor. Alone.

But soon, the five pounds I lost came back, with two more. Although at 5-foot-8, I was still below the average weight for my height, the number on the scale was completely unacceptable. Something had to be done. I decided to throw up everything I ate for seven days. No one gave me the idea. I was used to solving my own problems. But at the end of that week in September, I hadn't lost any weight. So I couldn't stop. A week turned into a month and then it was December.

On an earlier visit home, in October, my parents took me to a Chinese buffet. I had been picky as a child, tall and skinny. "Eats like a bird," my mother pretended to complain to her friends. But I knew she was proud. With my cleft lip scar and uneven nose, everyone knew I wasn't pretty. Thin was the next best thing. There were times we'd gone from restaurant to restaurant before finding one with something I would eat. That was all over now. At the buffet, I filled plate after plate. The tension at the table didn't matter anymore, whether my father looked angry or my mother looked sad. Nothing mattered but what I'd eaten, and how bad it was, and how I was going to get rid of it all.

After that Chinese meal, I said I was going to take a shower, though I never bathed at night. That's what I did at college — ran the shower as a cover — and no one had caught on. I turned on the water as hot as it would go. I dialed up the volume on the Wet Tunes radio to drown out the sound, 98.5 FM, all your favorite hits from yesterday and today. But our house was small. Smaller than a college dorm. It was hard to have a private phone conversation.

"Eats like a bird," my mother pretended to complain to her friends. But I knew she was proud.

When I came out of the bathroom, my mother was in bed, one cat curled in a ball by her feet. My father was reading in the living room, the other cat purring on his lap. He looked up from his book when I came by in my bathrobe covered with colorful fish.

"Whatever you were doing in there, it stops right now," he said. "Cut the crap. It's upsetting your mother."

I nodded. He went back to his book.

For those two years, I just became better at hiding it. During breaks from school, I made myself throw up at my cousin's place while I was babysitting her kids, or in the house where I nannied for the summer, or in the gas station bathroom.

When I returned home that winter night, my mother was in the kitchen feeding the cats, their black tails snaking around her legs. The menorah had been put away, but the tins of cookies were stacked in a tower next to the sink, where I had left them. I realized then I had hoped they might be gone, that my mother might have seen how hard it was for me to have them there. All those cookies. All those ways to make a mistake. But she hadn't.

"How were your friends?" she asked.

"They're great," I told her. Everyone was great. Everything was perfect.