The disgusting diet that brought us together

My mother and I had nothing in common, except cabbage soup 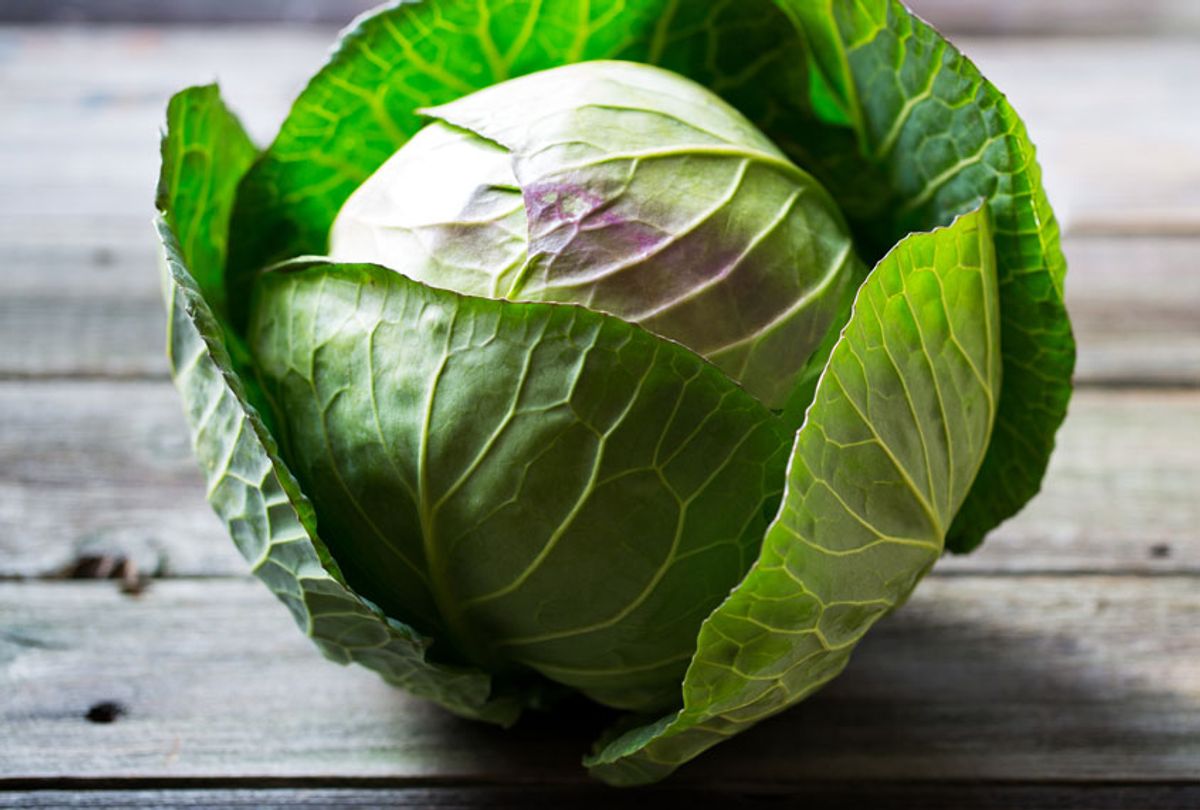 I usually bombed out on day five, when I had to eat all those tomatoes. Sometimes one of us would quit earlier, or one would competitively make it all the way to day six. I definitely never finished, not in any of my dozens of attempts over a string of years. I don't think my mother did either. The cabbage diet was as doomed as we were.

My mother — as her five siblings would often eagerly concur — was the runt of the litter. In crinkled black and white family photographs, she is the bony little girl with the thick glasses. But sometime while her older sisters were getting married and having babies, Mom decided to take charge of her narrative, developing a sturdy pride around her Audrey Hepburn-esque skinniness. Being tiny was her thing, and she was really good at it. Even her unplanned pregnancy with me, featuring a shotgun wedding and abrupt abandonment, became an opportunity for boasting. Did you know, she'd tell people, that she only gained fifteen pounds? There's a picture of her at six months, sitting next to my father a few days before he walked out. She looks more like a child, than a 21 year-old mother-to-be.

It was as inevitable as it was no doubt disappointing to my mother that her only daughter favored the rest of the family. By seventh grade, I had nearly reached my full height and was wearing underwire bras. By high school, I had become what both my mother and I assessed as "chubby," filling out my jeans at an unforgivable size 12.

I don't remember the first time we tried the diet together, but I was probably 15 or 16. I remember the piece of paper clearly though; a photocopy so many generations away from its original the letters were fat and fuzzy. My mother was probably at the beginning of everything then, all the problems I still don't understand. It was getting harder for her to maintain the whippet physique that had become part and parcel of her identity. I'd begun to notice the vomiting, though I didn't yet doubt her excuse, that she just had a nervous stomach. I was starting to assert my own adolescent independence. And her mental health issues that I believe — and remember — as always present had begun to take a stronger foothold. Clearly, it was time to boil some stinky vegetables.

The cabbage soup diet, which at the time bore the same name as my high school — Sacred Heart — can be generously described as disgusting. And let me tell you, it was the keto of its day. If you weren't starving yourself on the grapefruit diet, you were optimistically stirring enormous vats of soup, like a nana in leg warmers.

The Academy of Nutrition and Dietetics dates the diet's existence back to the 1950's, noting that it was "initiated by chain letters promising quick weight loss in the first week," and adding that "Flatulence is listed as a main side effect, along with boredom from eating unlimited amounts of the same food." I'll add that when you're flatulent and bored, you're going to be lonely and despairing as well. You will also be delusional, both in the hope that in one week you be ten pounds lighter and in the belief that you will stick to this grim regimen for seven days.

It starts with the soup. You are permitted it in unlimited quantities every day, but don't worry, you will quickly discover your own limits there. It's a decent enough recipe, full of sautéed carrots, onions, peppers and cabbage simmered in tomatoes and a broth. After you've tried and failed the diet several times, though, the stuff will haunt your nightmares the rest of your life. Yet the soup is the least offensive part of the plan. On the first day you will supplement it with any fruit of your liking, except bananas. On the second, you'll pair it with vegetables, including a baked potato if you wish. You will love that baked potato like it's the comrade who saved your life in the war. On the third day, you can do fruit and vegetables, no potato, and you'll start to get overconfident that you can handle this. Then — BLAMMO! —  the next day you'll eat the soup with only bananas and milk. The next day, you are allowed a small portion of beef and up to six tomatoes. You will start gagging around the fourth tomato. If you're me in later teen years, you may also be sneaking cigarettes. On the penultimate day, you can have beef and vegetables and NO POTATO YOU WEAK, GREEDY MONSTER. Finally, you'll finish strong with vegetables, brown rice and unsweetened fruit juice.  I wouldn't know firsthand, though; I never made it. I likewise never lost an ounce that I didn't immediately put back on, often with a few extra earned in a furious, failed diet  Haagen-Dazs binge. This cycle went on for years, though high school and right through summers home from college.

It took a while for me to catch on that you can exist as a female and not be constantly either dieting or cheating on a diet. I eventually learned to stop looking at food as "good" and "bad," learned to stop judging my worth by a number on a scale. I would say that I flirted around the edges of a disordered relationship with food for years, and I would be hard pressed to find too many women in our culture who haven't their own version of that story. The persistence of the cabbage diet on blogs and YouTube, even now, as a "wonder" quick fix, makes that clear. Yet I'm lucky; once I learned to cook and eat on my own in young adulthood, my body settled in to its own healthy weight and has stayed relatively stable ever since. My mother, in contrast, yo-yo dieted for decades — and I'd wager she was puking through at least some of that time — and it took a toll. It all took a toll on me too.

I've seen my mother once in the past thirteen years; the last time was in 2011. She doesn't answer the phone when I call or reply to my mail anymore. I can only venture guesses about her emotional and physical state, based on what I know from my own, increasingly distant experience of her. I can recognize that there were always storms inside of her that I couldn't fathom when she was raising me. I can also see the places where she tried.

I suspect my mother just wanted me to be pretty, like her. She wanted me to be petite and feminine, like her. She wanted us to be those things together. Why not, when she had found a measure of affection and validation through those hard-won blessings? She wanted us to have something to share, too, when we always had so little in common. We could at least joke about our pig-outs and thunder thighs together, dueling Cathy cartoons of different generations. We could bond over hunger and then bond over compulsively satisfying it. She didn't have much to give me, so my mother bestowed upon me what she had, including her ideals about how to successfully perform womanhood. For a time I cherished them as gospel.

My family is not one full of enthusiastic cooks. I didn't learn to bake cookies at my grandmother's knee; I don't have a single handed-down recipe. What I do have, though, is the memory of that soup. That sludgy, funky soup. I can see it and smell it even now, simmering on my mother's stove, sitting neatly in containers in the refrigerator, warming our spoons as we sat together in the kitchen, commiserating over how valiantly miserable we were in the consumption of it. It might sound dysfunctional, but that's not an unhappy memory. Because it's my mom and me, uncomplicated and convivial, laughing conspiratorially about ordering a pizza. And I see now that I didn't go on and off that cabbage diet so many times because it was a way of losing something. It was keeping something. It was keeping her, keeping us, in our simplest, closest version, just a little bit longer, until everything was gone.