I'm an orphan, even though my mother's still alive

How do you face Mother's Day when your mother is an enigma? 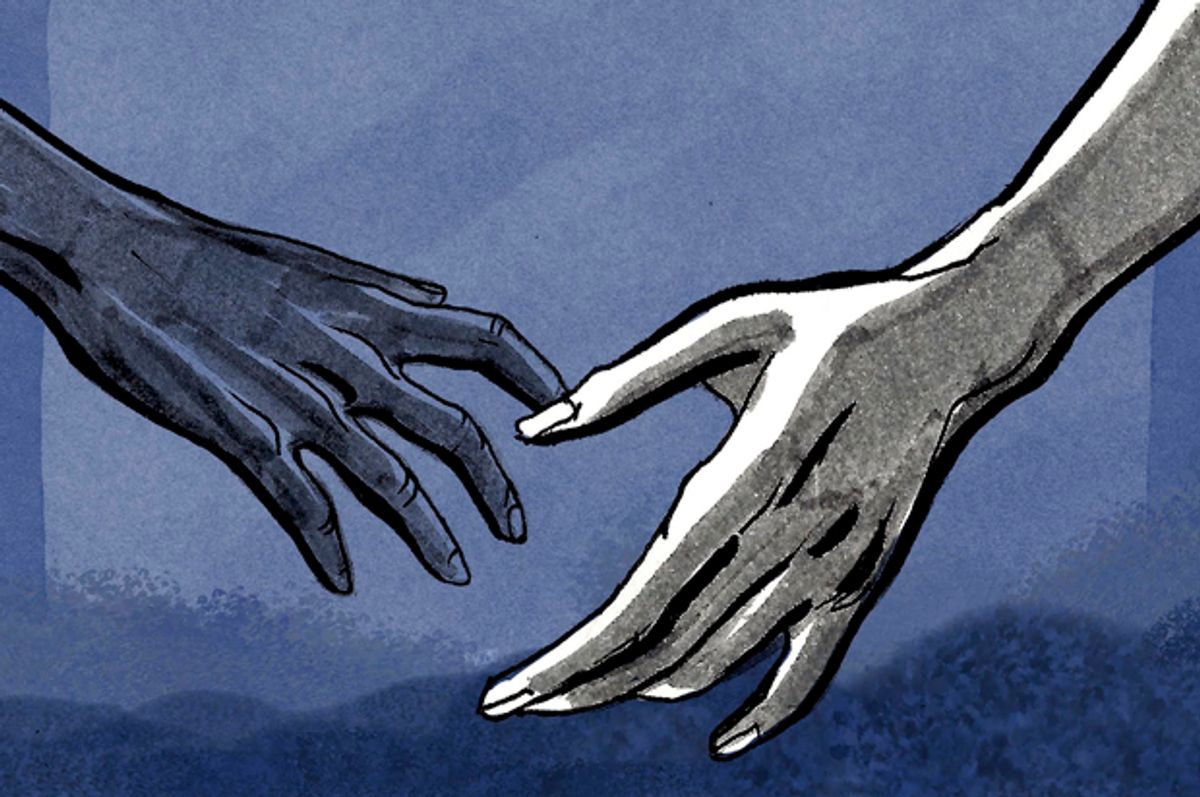 It's generally accepted that Valentine's Day and New Year's Eve are the undisputed king and queen of holidays designed to make at least half of us feel pretty bad about our lives. But for my money, it's the one-two punch of Mother's Day and Father's Day that ought to come with a trigger warning.

Mother's Day is extraordinarily difficult for many people. It's hard for those who've lost loving parents. For those who've lost children. For those parenting through divorce or the death of a partner. For those who wanted children but couldn't have them. Then there is my club — the lonely tribe of orphans whose parents just happen to be alive. My father left before I was born. My mother's detachment took decades longer but has been nearly as decisive. I love her and I believe she loves me, but we have no relationship to speak of. I've seen her once in the past dozen years. Why? I'm still protective of her so I'll skip the specifics, but I'll offer that it's the same reason a car without wheels doesn't leave the driveway. Because it just can't, no matter how much you wish it could, no matter how much you try to move it.

I'm fortunate. I had a relatively calm and cared-for childhood. I have love in my life and have nurturing, supportive men and women who've given me what my mother and father are not equipped to, and who I could love unconditionally in return. I have a lovely family of my own, including the two greatest kids in the world, who treat me like a queen on Mother's Day. But that particular Sunday in May is still my goddamn minefield.

One of the hardest things about being estranged from your birth family is that people who know nothing about your life will have no qualms about explaining it to you. "Strangers will say things like, 'Well, it'll work out; it'll be okay,' says my friend Wendy. "No, it won't. There's no fairytale where we reconcile." Wendy — an intelligent, generous woman with a terrific son of her own — has a mom whose vindictiveness has over the years profoundly threatened her finances and career. "I have someone out to get me," she says, "and it's my mother." She adds, "My part of being a good mom has been getting my son away from mine."

Most of the time, people like Wendy and me can go about our lives relatively unaffected by the Perfect Mom Industrial Complex. In fact, the rest of the year, our culture is all too eager to judge women harshly for the ways in which they parent. But like clockwork every springtime, there's an exhausting deluge of sentimental TV ads and flowery card aisles, pelting us with messages that moms are the greatest people on earth performing the most important job in the world. Look, I got off pretty easy, and that crap is absurd. Even on Valentine's Day, we don't succumb to the fiction that every person in a relationship is an actual hero. Wendy says, "When my son was in third grade, he took me to Denny's for Mother's Day. The whole place was full of multigenerational celebrations. It was really hard. It's like if you lost your leg and there was a special day just to celebrate people with legs." Now, she says, "I ask my son to treat it as my birthday. I don't want to go out for brunch. I want privacy."

I am happy for every person who has had wonderful parents, every person whose Facebook pic this season is a photo involving dear old mom. I want to be that person in my own kids' lives. But I'd also be happy if this year, we could maybe not fall into a collective amnesia about the fact that women can bear children and simultaneously be alcoholic, selfish, unloving, dangerously mentally ill, or just straight up not good at parenting. It happens! Could we please just, for a minute, imagine the head trip that Mother's Day does on survivors of physical and sexual and emotional abuse? I have friends whose mothers abandoned them, beat them, stole from them, turned a blind eye to their molestation, pathologically lied to them, or were simply unable to raise them competently. Becoming a mother can be pretty easy. Being a mother is the hardest part. Not everyone does it well.

If someone you know is not in contact with his or her family, please don't assume it's because of some petulant tantrum on the adult child's part. Please consider that it's not an "Oh, my folks are nutty too but family is family!" kind of scenario. That it's not eccentricity or a spat or different political views but a legitimate and serious problem. Here's the hard truth: Some people who conceive children are genuinely toxic human beings, and the safest thing for their offspring is something that also breaks those children's hearts. So go easy on those people, okay?

My friend Clarissa says that for much of her life, "I don't think I understood I was an orphan. I guess I thought everyone's mother was unhinged." Her first decisive moment of clarity came when her children were toddlers and, at an exhausted moment, she found her hand in the air. "I got my composure," she recalls, "and said, 'I will never lay a hand on these kids, and I need to see a shrink.' That's when I really started to think, 'Right, I was hit by my mother.'" A few years later, she recalls, "I announced my separation. I told my mother domestic abuse was involved. And she sided with my husband. I don't know if I need to say anything more than that."

There are times when I am especially anxious or sad and I long for the warmth of a Hallmark card mom. Times I grieve that I have a mother who won't pick up when I call. But I console myself that just because there are things we can't have with our parents, it does't mean we can't have them at all. Several months ago, on a balmy New York night, I went out with Clarissa. As we sat together at a downtown café, she pulled a small box from her pocket. Inside was a tiny key on a leather strand. "I always recognize a fellow orphan," she told me as I put it around my neck.

So what do you do when your parents happen to be two beautiful, broken people who probably never should have even met, let alone made another person? You forgive them. You do your best to push the two boulders of nature and nurture up your own hill, every day. You hope that other people won't blame you for being lucky enough to survive. "I wanted you to have a reminder that no matter what, you always have a home," Clarissa had told me when she handed me that key. You know what, my fellow orphans? I do, and it's messy and imperfect and it's not what I ordered and it's beautiful. You do too. I promise. It's there inside everyone who loves you. Happy Mother's Day.