What's the deal with the keto diet?

Is keto legit? What does it do to my body? Here's what you need to know 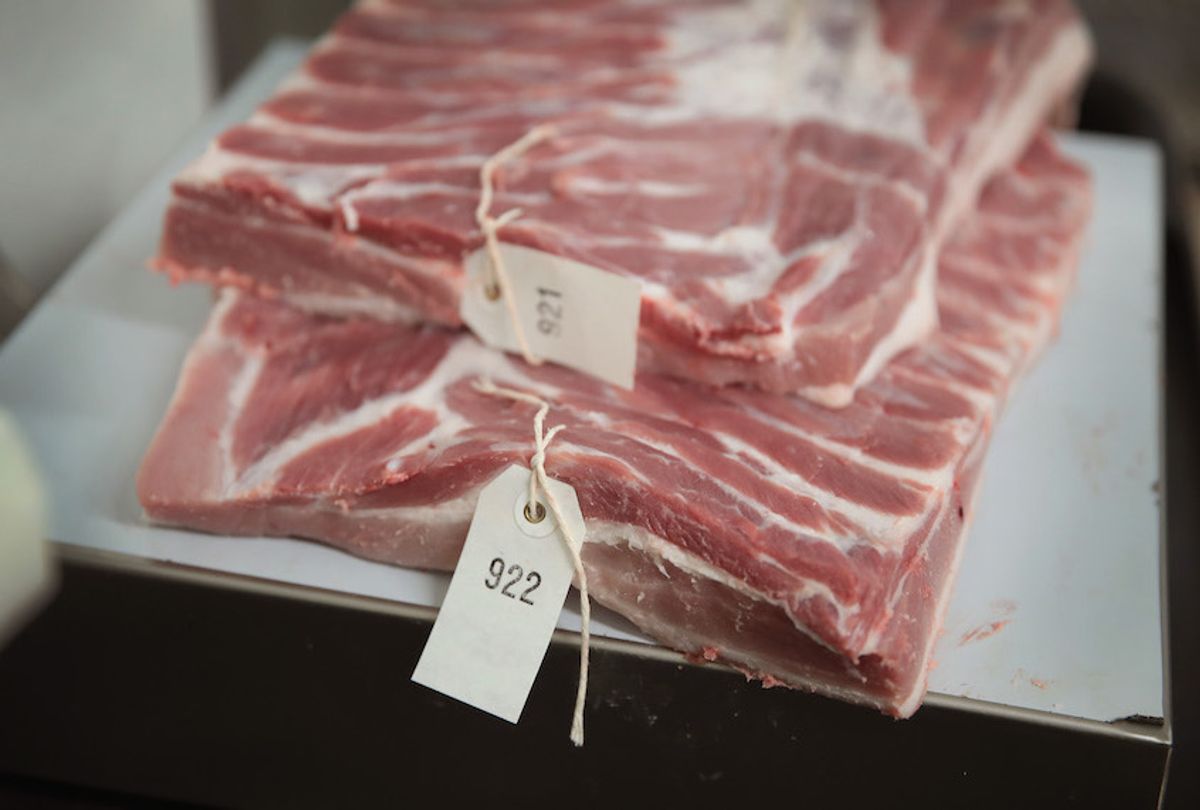 Peruse the aisles of Whole Foods, or the menu at your local smoothie shop, or the mosaics of health and wellness Instagram, and you’re likely to come across the word “keto”. Short for ketogenic diet, keto is a low-carb, high-fat diet in which up to 90% of your daily caloric intake comes from fat. It was first used in 1921 to treat epilepsy, but in recent years, it’s gone mainstream — so much so that 50% of all food-related Google search terms in 2018 had the word “keto” in them.

So how does it actually work? And is it safe? Let’s get into it.

How does the keto diet work?

In its natural state, our body relies on sugar, or glucose, for fuel. We typically get those sugars from carbohydrates like grains, fruits, vegetables, and legumes. On the keto diet, however, your body is deprived of those carbohydrates — and the glucose that’s made out of them — and turns to another type of fuel: ketone bodies, or ketones. Ketones are a type of fuel made in the liver, and they’re made out of stored fat.

Transitioning into ketosis, however, takes a bit of time — usually between two and seven days. During that time period, people have reported experiencing what is now known as the “keto flu”: nausea, digestive issues, low energy and mental function, headaches, and trouble sleeping. They also oftentimes develop what is called “keto breath,” in which your breath smells like nail-polish remover (turns out acetone is one of the ketones your body produces). Many of those side effects are caused by dehydration, which occurs as your body gets rid of the fluid that’s normally needed to process carbohydrates; staying hydrated with both water and electrolytes is therefore very important.

Once your body is in ketosis, large amounts of fatty acids are released from your body’s fat stores and transferred to the liver. The liver then oxidizes those acids and turns them into ketones, which are burned for fuel instead of sugar. As long as the body is deprived of carbohydrates, it will stay in ketosis.

In this metabolic state, blood sugar and insulin levels go down — making keto a diet that doctors sometimes recommend for those with type II diabetes. For some people, the process can also lead to rapid weight loss and a sped-up metabolism, which is why it’s also sometimes medically recommended to people with severe obesity.

What do you eat on the keto diet?

There’s a reason that the keto diet has become synonymous with butter-laden coffee and various other “fat bombs”: you’re eating a lot of fat on it. Keto-diet meals are typically made up of 70-80% fat, 20% protein, and 5% carbohydrates. (The normal American diet, for contrast, is around 55% carbohydrates.)

And fruits are generally avoided, with the exception of small portions of berries. Other carbohydrates, like bread and grains, and foods high in sugar, like candy and pastries, are a no.

What are the risks of the keto diet?

Since the keto diet involves overhauling a major bodily process, there are some medical risks associated with it. First, it’s high in saturated fat, which is linked to heart disease; Kathryn McManus, the director of the Department of Nutrition at Harvard-affiliated Brigham and Women's Hospital, says that you should limit saturated fats to 7% of your daily calories while on the diet. It can also lead to liver problems — the liver can be overwhelmed by the amount of fat to metabolize — as well as digestive issues, due to the high levels of fat and comparatively low amount of fiber.

People on the keto diet also may experience dehydration and electrolyte disturbances, as ketosis can throw off the balance of your body’s minerals. Mood swings are also reportedly pretty common: “The brain needs sugar from healthy carbohydrates to function. Low-carb diets may cause confusion and irritability,” McManus says.

It’s also important to note that the long-term effects of the keto diet are unknown; there isn’t enough data to say what the effects are after two years. Medically, it’s generally recommended that keto-dieters stay on it for a minimum of two to three weeks and up to six to twelve months.

Who is the keto diet for?

The keto diet is medically recommended for people with type II diabetes, people with a body-mass index over 40, and people who have treatment-resistant epilepsy. In any situation, though, the diet should be done under the guidance of a medical professional.

Despite its ubiquity on Instagram and across health-and-wellness media, the keto diet is serious stuff. Some people will feel great on it; others will be miserable; still others will see a wide range of effects on their weight and health. If you do decide to try it, make sure to do so in consultation with a professional — and listen to your body! Only you can decide what works best for you.