The latest developments have sparked heated discussions among legal experts 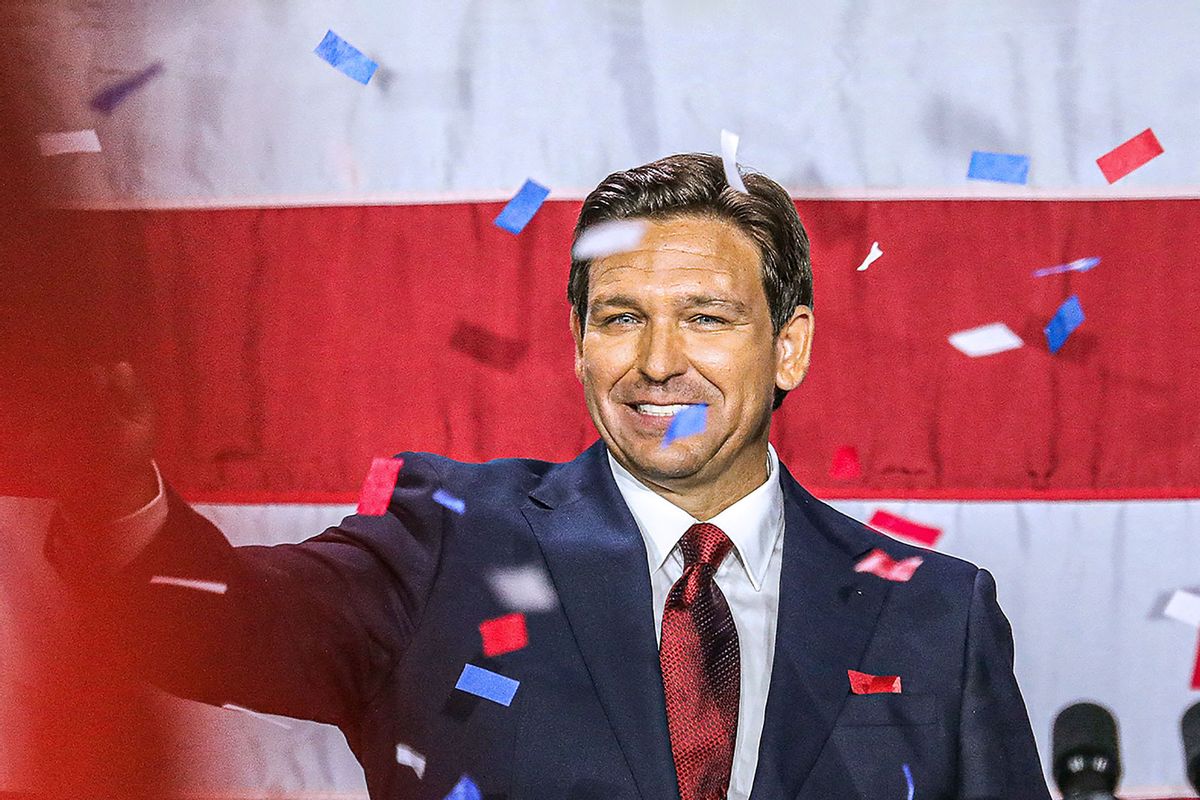 Republican gubernatorial candidate for Florida Ron DeSantis waves to the crowd during an election night watch party at the Convention Center in Tampa, Florida, on November 8, 2022. (GIORGIO VIERA/AFP via Getty Images)
--

Florida lawmakers are reviewing a piece of legislation that would open the door for Florida Gov. Ron DeSantis' (R) to run for president in 2024, according to a new report.

Although the Republican governor has remained mum about his political intentions, there is speculation that he will throw his hat in the presidential race for 2024. A change in law would likely make such a move easier for him to maneuver.

According to the Associate Press, "There is precedent for changes to the Florida law to help clear a path for potential candidates for higher office."

"A 'resign to run' law requires state officeholders to commit to leave their positions if they run for federal office. The measure, which has been on and off the books over the past several decades, was reinstated in 2018. But Republican leaders in the GOP-dominated Legislature have expressed openness to changing or rescinding the law when they gather again in March."

Jon McGowan, an attorney specializing in state government law, explained how this type of "resign-to-run" law might work. McGowan insists the purpose of the law would be "about not having endless elections."

"What we'll see is they will create a new section so that candidates for president or vice president do not have to resign to run, and just if they win," he said.

The latest developments have sparked heated discussions among legal experts who have shared their opinions about the current law and the proposed changes.

Bob Jarvis, a Nova Southeastern University law school professor, argues that the current law speaks volumes. "There is no ambiguity, no debate, no dispute," said Jarvis. "Under current law, DeSantis cannot run for president before first resigning as a governor."

He also explained why he believes there is no argument to justify implementing this type of law.

"You can make the argument that there is no reason to have this law. The voters all knew that there was a chance that (DeSantis) would not complete his term as governor and that he was at the very least considering a presidential run," Jarvis said. "No voter could say, 'I was duped into voting for someone.'"