“Appalling”: Legal experts call out Alito for “joking” about Black kids in KKK outfits at hearing 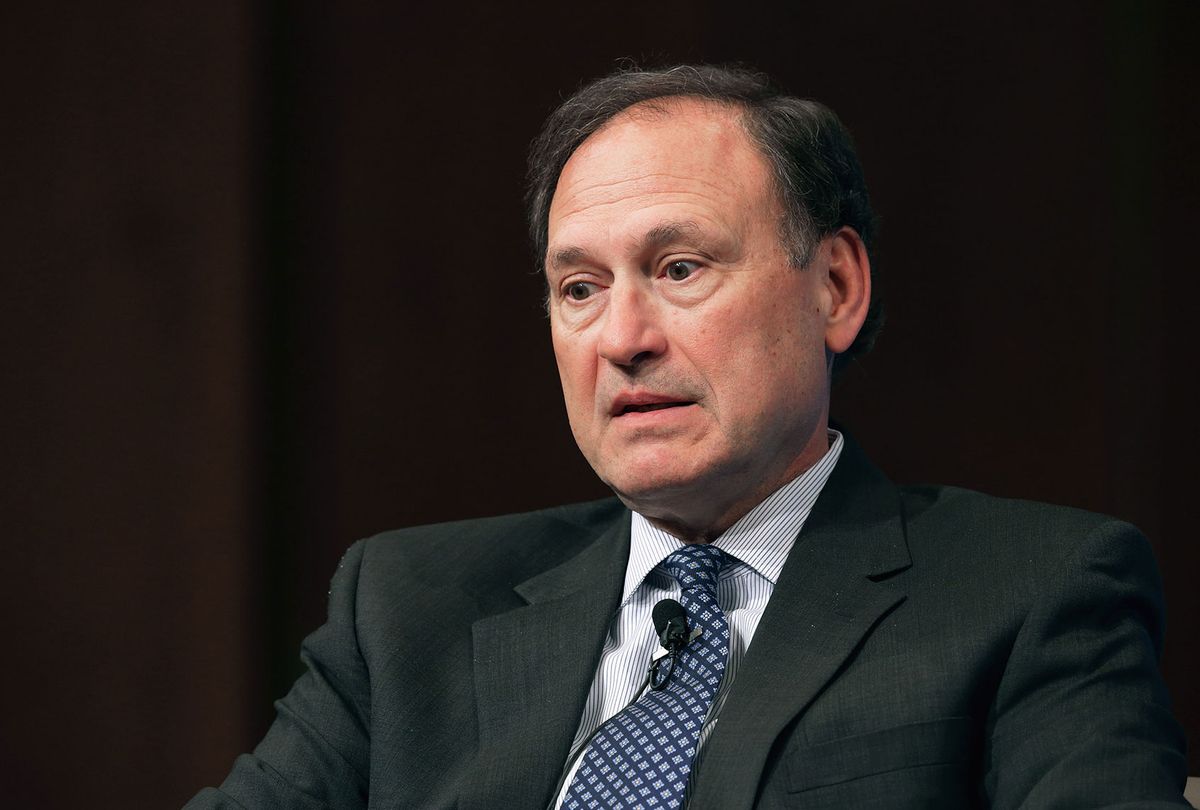 The court on Monday heard arguments in 303 Creative v. Elenis, a test case brought by Colorado web designer Lorie Smith and backed by religious rights groups. Smith, who opposes same-sex marriage, is seeking an exemption from a state law that bars discrimination in public accommodations based on sexual orientation.

As justices took turns asking hypothetical questions from both sides, Justice Ketanji Brown Jackson asked whether it would be permissible for a mall Santa to refuse to take photos with children who are not white. Alito, who authored the Dobbs decision overturning Roe v. Wade, jumped in with a hypothetical of his own.

"So if there's a Black Santa at the other end of the mall and he doesn't want to have his picture taken with a child who's dressed up in a Ku Klux Klan outfit, that Black Santa has to do that?" Alito asked Colorado Solicitor General Eric Olson, who defended the state law.

"Embarrassment to the Supreme Court": Alito gloats and taunts critics of his anti-abortion ruling

"No, because Ku Klux Klan outfits are not protected characteristics under public accommodation laws," Olson explained.

"And, presumably, that would be the same Ku Klux Klan outfit regardless of whether the child was Black or white or any other characteristic?" asked Justice Elena Kagan.

Alito interjected to say, "you do see a lot of Black children in Ku Klux Klan outfits, right? All the time. All the time."

Laughter in the room can be heard in audio of the hearing.

Legal experts called out Alito over the remark.

"This is really upsetting," wrote Sherrilyn Ifill, the former head of the NAACP Legal Defense Fund. "The joke about Black kids in KuKluxKlan outfits? No Justice Alito, these 'jokes' are so inappropriate, no matter how many in the courtroom chuckle mindlessly."

"Justice Alito is resorting to KKK jokes.  Ha ha ha.  As if what's at stake here is funny, and isn't taking place in a context in which LGBTQ people feel like we have a target on our backs.  And, ahem - Klan jokes aren't funny under any context," added Columbia University Law Prof. Katherine Franke.

During another point in the hearing, Alito cited a brief filed by a Jewish group backing Smith to raise hypotheticals in which a Jewish photographer would be forced to betray their views.

"An unmarried Jewish person asks a Jewish photographer to take a photograph for his JDate dating profile," Alito said. "It's a dating service, I gather, for Jewish people."

"It is," chimed in Kagan, who is Jewish.

"All right. Maybe Justice Kagan will also be familiar with the next website I'm going to mention. Next, a Jewish person asks a Jewish photographer to take a photograph for his Ashleymadison.com dating profile," Alito said, referring to a dating site that helps people have affairs and drawing laughs from the room.

The court's conservative majority appeared sympathetic to Smith's arguments though it is unclear how the court will rule.

"Hypothetical questions have value," tweeted Sam Spital, the director of litigation at the NAACP Legal Defense Fund. "But the 303 Creative argument was a painful example of how the Supreme Court overuses them—to the point where things that matter, and which we all know are true, become contested mind games."