More than 1,000 union employees agreed to hold a 24-hour walkout amid contract negotiations 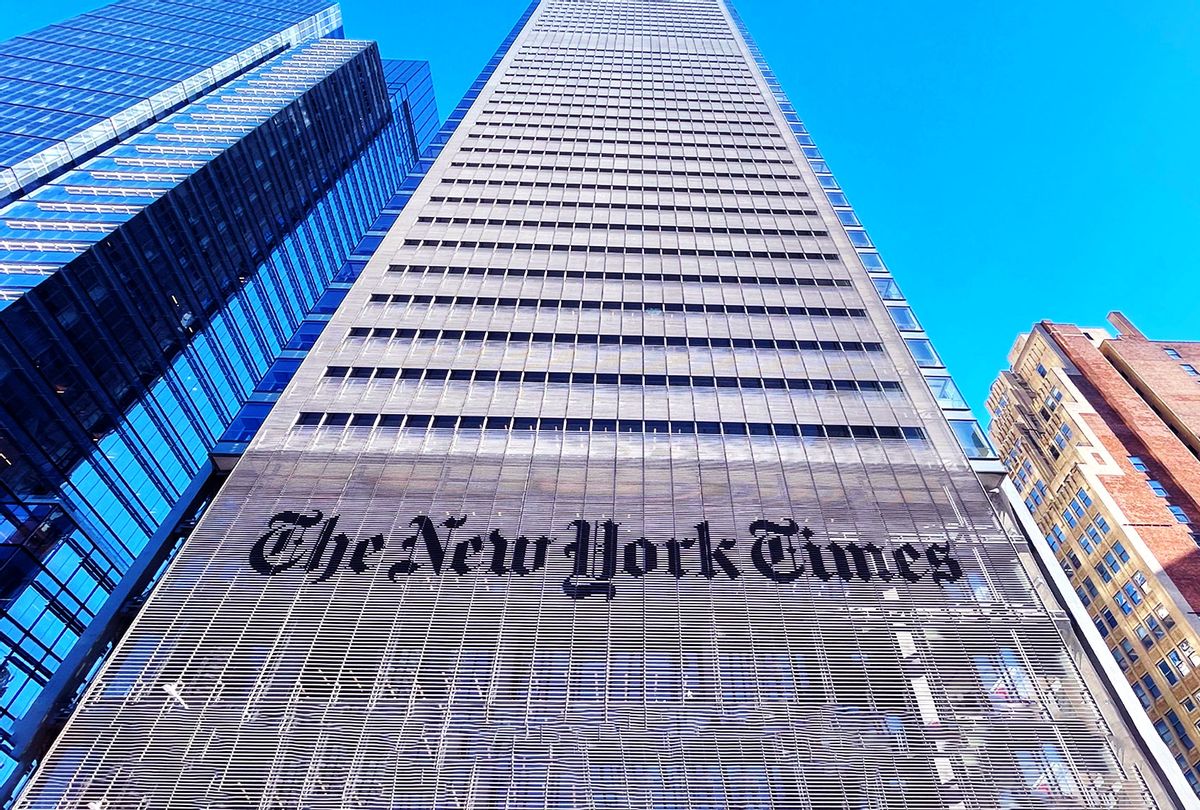 Over 1,000 New York Times workers are planning a full-day walkout and afternoon rally on Thursday, December 8 amid ongoing negotiations with newspaper management about pay and healthcare contributions.

Times Guild members, represented by the NewsGuild of New York, are pushing for a $65,000 salary floor and "funding employees' health insurance sustainably."

"There was good news and bad news after 12 hours of bargaining yesterday. Our collective action is working: Management backed off its attempt to kill our pension and agreed to expand fertility benefits," the member-led Times Guild account tweeted Wednesday.

"But management still barely budged on some of our most important priorities. The company is stuck on paltry pay increases, eroding the minimum pay scales for new hires, and contributing less to our healthcare fund than they currently do," the union added. "That's why tomorrow's walkout is, for now, still on."

"The Times Guild represents journalists, as well as ad sales workers, comment moderators, news assistants, security guards, and staffers at the Times Center, the venue and virtual production studio," according to a union statement. "All workers who signed the walkout pledge are anticipated to participate in the one-day work stoppage, with some major desks losing 90% of their workforce that day, and other departments being essentially empty of guild employees."

Times sports reporter Jenny Vrentas said Tuesday that "we know that our readers are best served when our workplace is equitable and the people who make The New York Times are paid fairly."

"We had hoped to reach a fair deal before our deadline," Vrentas noted, "but more than 1,100 of us are ready to take a stand together, for each other and for journalists everywhere."

Chief film critic A.O. Scott explained that "I've worked at the New York Times for almost 23 years—most of my adult life. It's not just my job: the values and principles of the paper are part of who I am, and I know the same is true for many of my co-workers."

"In hard times, we were willing to sacrifice to ensure the paper's survival, and we push ourselves and one another every day to make sure the Times lives up to its highest ideals," Scott continued. "That's why it's so dismaying to see our concerns and aspirations treated so dismissively by management, and our contributions disrespected. Stepping away from my work isn't something I take lightly—I care about it too much for that. But I'd like to believe that the Times cares about it too, and about all the hard work that makes the daily miracle possible."

NewsGuild of New York president Susan DeCarava highlighted that it has been decades since employees at the U.S. "paper of record" have taken similar action.

"Guild members at The New York Times are determined to ensure that, through collective action, the company lives up to its mission when it comes to all the workers responsible for its meteoric success during the past several years," said DeCarava. "The New York Times, which has not seen a work stoppage of this scale since the '70s, is on notice. Our members understand the value of their labor, and it's time for Times management to demonstrate the same."

As Shawn McCreesh wrote for Intelligencer earlier this month:

There was a one-hour walkout over a lapsed contract in 2011, and another quick afternoon walkout in 2017 over copy editors being eliminated. But those were mostly shows of solidarity. What the employees are preparing to do next week would be something not seen at the paper of record since 1978. Picture it: a full day without The New York Times. No one covering the tumult in Guangzhou or inside Buckingham Palace or what our president is saying. From midnight to midnight, no reporting, no filing stories, no podcasting, no comment moderating, and definitely no responding to editors' queries. There would be no live briefings. (You'd be shocked at how many people it takes to produce one of those things.) Even logging into Oak (that's their CMS) will be seen as scabby. Reporters tell me they're ready to picket outside the building, too. ("There will be plenty of photo ops," muses one.) Sure, masthead myrmidons will have enough copy in the hopper to keep that homepage humming for a little while, and it's not as though the app on your phone will suddenly go blank. But the walkout threat is a marked escalation from an ordinarily fissiparous newsroom. It's the sort of stunt that precedes an actual sustained strike.

"Obviously the next step, if we can't get anywhere at the negotiating table, is to consider things like a strike authorization vote," says reporter Michael Powell, adding that "none of us want to step into the terra incognita if this isn't seen as a significant warning shot." Senior staff editor Tom Coffey has been at the Times since 1997 and says, "I think this is the worst I've seen it since the staff mutiny that led to Howell Raines being fired."

Coffey is scheduled to speak Thursday at the 1:00 pm ET rally at the newspaper's building in New York City, along with Vrentas and journalist Nikole Hannah-Jones, who both hold union positions.

"We've also experienced a pattern of bad faith tactics since we began bargaining," the tech union tweeted Tuesday. "We've put in countless hours to draft good faith proposals and ensure transparency. Management has responded with the bare minimum and engaged in a pattern of disrespect towards our collective rights."

"In addition to stalling bargaining, senior leaders have continued to downplay and neglect systemic issues at the [Times] like patterns of discrimination in discipline, pay, remote work, and other policies," the group continued, adding that the newspaper's "approach to bargaining is not only disrespectful, it's illegal" and calling on leadership to "negotiate in good faith."

In a statement to The Hill on Wednesday, the newspaper said that "while we are disappointed that the NewsGuild is threatening to strike, we are prepared to ensure the Times continues to serve our readers without disruption."

"We remain committed to working with the NYT NewsGuild to reach a contract that we can all be proud of," the newspaper continued. "Our current wage proposal offers significant increases. The majority of members of the bargaining unit would earn 50% or more in additional earnings over the life of the new contract than they would have if the old contract had continued. Moreover, our accompanying medical and retirement proposals offer sustainable, best-in-class options for guild members."

Other journalists, unionized workers, and groups have expressed solidarity with the Times Guild members who plan to walk off the job at midnight—including the Alphabet Workers Union, which said that "we got your back, and won't dare cross the picket line."

New York transit reporter Ana Ley said Wednesday that the Times "has chosen to dock our pay for walking out—an act that will mostly hurt the employees that the company pays least. I find that unacceptable, and I hope you'll join us for this Thursday's rally."

Times political reporter Maggie Astor tweeted that "we're asking readers to stand with us on the digital picket line and not visit any NYT platforms tomorrow. Read local news. Make something from a cookbook. Break your Wordle streak."