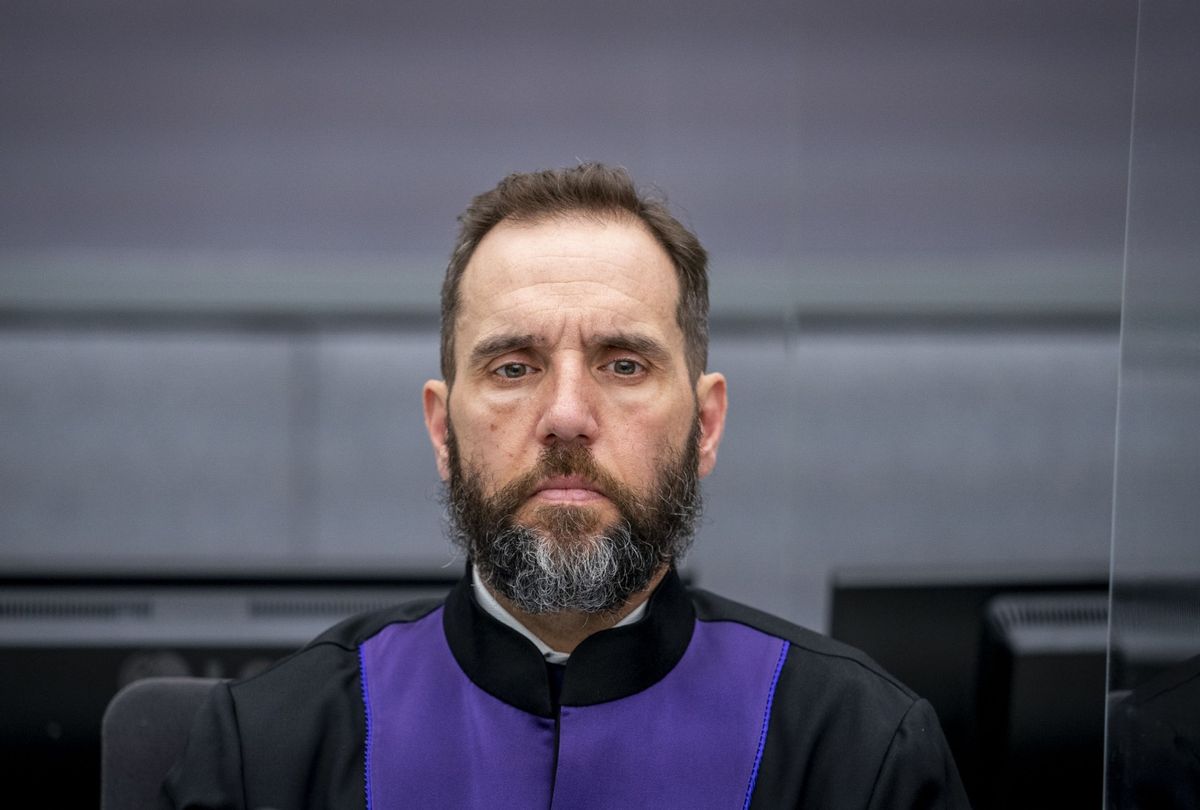 Prosecutor Jack Smith presides during a war crimes court in The Hague on November 9, 2020. Smith served as a war crimes prosecutor before being named DOJ special counsel. (JERRY LAMPEN/POOL/AFP via Getty Images)
--

Just a few weeks after his appointment by Attorney General Merrick Garland as DOJ special counsel, Jack Smith is making major moves in his role. The former prosecutor and veteran investigator has subpoenaed local election officials in four states: Wisconsin, Michigan, Arizona and Pennsylvania – all of which were targeted by Trump and his allies during the 2020 election.

Smith was originally hired to conduct the criminal investigation of classified documents Trump retained at his Mar-a-Lago resort and further investigate the January 6 insurrection. The special counsel is requesting "communications with or involving Donald Trump between June 1, 2020, and Jan. 20, 2021, to, from, or involving" Trump, his campaign attorneys and aides including John Eastman and Rudy Giuliani.

In addition to Smith's efforts, Fulton County District Attorney Fani Willis has also been investigating whether Trump and his allies interfered with the 2020 election in Georgia.

So far, Smith has heard from three out of the four states.

George Christenson, a clerk in Milwaukee, Wisconsin, said he received a subpoena earlier this week and is working with the county's attorney to comply with the request as soon as possible. He also says he doesn't "expect to find any smoking gun."

Also in Wisconsin, Dane County Clerk Scott McDonell received a subpoena and has mentioned he didn't expect his response to the subpoena to uncover any new information, because he "doesn't have any stories of Trump calling me at dinner like the other guys." Trump ordered a recount of ballots cast in both Wisconsin counties.

Jocelyn Benson, Michigan's Secretary of State, told Associated Press that Wayne County received a subpoena but didn't confirm what Smith was asking. She responded, "We welcome and support the work of any law enforcement agency working to ensure full accountability for efforts to illegally overturn the fair and accurate results of Michigan's 2020 election."

Wayne County, which is predominantly Black, was accused of "duplicating ballots" by Trump and his allies, for which they filed a lawsuit that failed. However, his efforts did cause the poll workers to pause their count on election day.

Maricopa County, Arizona also received a subpoena. During the 2020 election, Trump and his aides asked Republicans on the county board of supervisors not to certify Biden's win. It's also reported that the chairman of the board dodged calls from the White House operator.

Pennsylvania's second-largest county of Allegheny has not yet responded to the request.