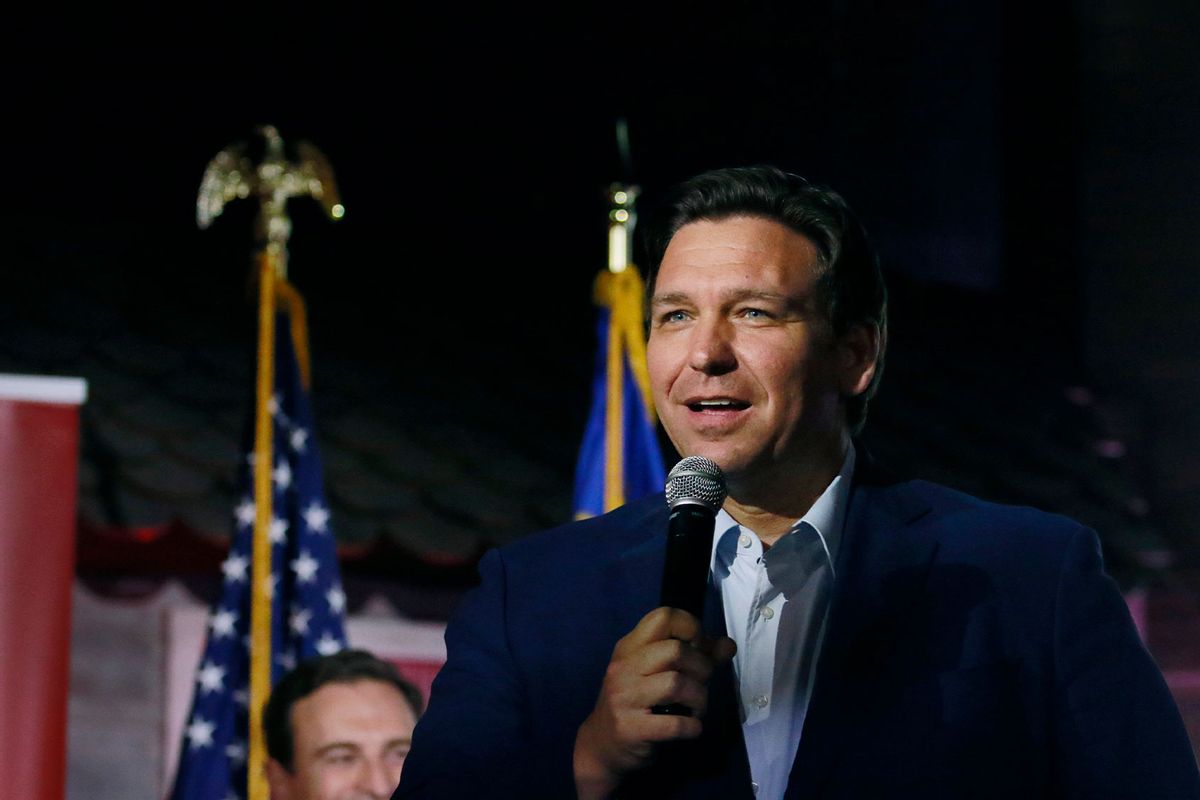 The House of Representatives passed an $858 billion National Defense Authorization bill on Thursday and it now heads to the Senate where it is also expected to pass. This legislation funds a pay hike and aid for Taiwan and Ukraine, circumventing the battles that presumptive House Speaker Kevin McCarthy promises are on the way for all funding measures in the new Congress. But the Republicans did win one skirmish: they managed to include a rollback of the COVID vaccine mandate for military personnel on the dubious grounds that it is limiting recruitment because so many would-be heroes refuse to get the jab. (The Pentagon rejects that assertion.) Democratic congressional leaders obviously felt it was the better part of valor to pass the Ukraine funding before Marjorie Taylor Greene's shock troops get veto power, so they let this one go.

This is purely political, of course. The Pentagon requires all personnel to take vaccines for any number of illnesses and military leaders obviously think this is ridiculous. But we have civilian control of the military for good reasons even if, from time to time, partisan politics wins the day. As it happens, very few service members have refused to take the vaccine and the military will surely be able to maintain readiness without the mandate.

After all we've been through in the last three years, the anti-vaxxers are still claiming victims. There are outbreaks of measles and other dangerous diseases all over the country due to this new resistance to the science that has saved countless lives over many decades. There remain pockets of liberal intransigence on the subject, but resistance is concentrated mainly on the right among people who have been influenced by conspiracy theories and right-wing politicians and media. It's tremendously ironic, since the political leader who can take credit for pushing a swift rollout of the COVID vaccines is none other than their Dear Leader Donald Trump. It's the one positive achievement of his presidency, and it's the one his followers boo him for.

Ron DeSantis stays silent on the Trump-Ye fiasco. Now why could that be?

On Thursday, the Democratic staff of the Senate Committee on Homeland Security & Governmental Affairs released its report on the government's handling of the pandemic, focusing on the first six months. (It's necessary to say "Democratic staff" because in the current 50-50 Senate the committees are evenly split and the Republicans, as usual, refused to cooperate. This problem will go away in the new Senate, with a 51-seat Democratic majority.) It's a devastating document that describes, the first months of the crisis "one of the worst public health responses in U.S. history." Multiple failures, including in threat recognition, cohesive response, clear communication and timely mitigation measures "resulted in the avoidable yet devastating loss of human life."

We all saw this happen in real time but the details of how chaotic it was behind the scenes are downright chilling. The administration "failed to take decisive action and adequately convey the threat to the American people" and "remained focused on containing the virus by trying to keep it out of the U.S., rather than implementing needed measures to mitigate its spread within the country." (You may remember Trump's comments at the CDC that he was eager to "keep his numbers down.")

The report cites example after example of how "contradictory and inadequate communications left Americans confused and unclear on what to do to minimize their risk and over time, eroded public trust in public health guidance." That's an understatement. Tens of thousands of people, if not hundreds of thousands, died unnecessarily because of Trump's refusal to back the social distancing and masking measures that were all we had in the beginning as scientists were trying to understand the scope of the crisis.

And what went on within the Trump administration, as it abruptly shifted responsibility from one agency to the other and injected politics into every aspect of the response, was even worse than we knew. The report reveals that the administration's "influence in CDC's guidance expanded to the point where political officials within HHS altered public health guidance and reports." Former CDC chief of staff Kyle McGowan is quoted saying that "every time that the science clashed with the messaging, messaging won." It was a disaster. But the report does indeed credit the administration with quickly approving Operation Warp Speed, which, as I said, is the one big  thing Trump did right — and the one thing his followers resent him for.

One major finding of the report, as with others we have already seen, is that the government was woefully unprepared for a pandemic at virtually every level, even if we look past the Trump administration's missteps. This goes to the heart of the troubling question of why the United States handled COVID response so much worse than most other major industrialized countries. The Government Accountability Office, House Democrats and the National Academies have previously issued reports that came to similar conclusions. None of those have gotten much press and it seems clear that the government, no matter which party holds the White House, isn't going to take their recommendations seriously enough to prepare for the next pandemic either.

Perhaps that explains why Florida Gov. Ron DeSantis is riding so high on his pandemic-response reputation. Despite the fact that Florida has among the higher per-capita death tolls in the country, DeSantis has bamboozled the media into seeing him as a crusader for common sense public health measures. Apparently his "maverick" image on the pandemic is considered the key to his potential presidential campaign. (Appointing an anti-vaxxer as Florida's surgeon general was a sweet way to own the libs, you must admit,) Evidently, he plans to run to Trump's right as the guy who didn't succumb to all that weak-kneed, girly-man, Fauci-loving, vaccination nonsense.

It's hard to say whether that will work in the real world. Florida voters sure seem to love it, so maybe that approach will be hugely popular all over the nation if he runs. It's clear that America is done with the COVID pandemic and has simply accepted that it's going to keep killing people at the rate of about 100,000 a year. There's no discussion about funding any more major medical interventions or new pandemic preparedness. Vaccine manufacturers are pulling back. The scientific progress we've made is already slipping away. It looks like we'll be dealing with the next pandemic on a wing and a prayer, all over again.

As I write this, 1,092,099 people have died of COVID in the United States. About 1,500 more succumbed just yesterday. It is now the third leading cause of death in the nation. Are Americans really going to decide that a ruthless politician who embraced that as the new normal is just what the doctor ordered?

about the looming Trump-DeSantis battle