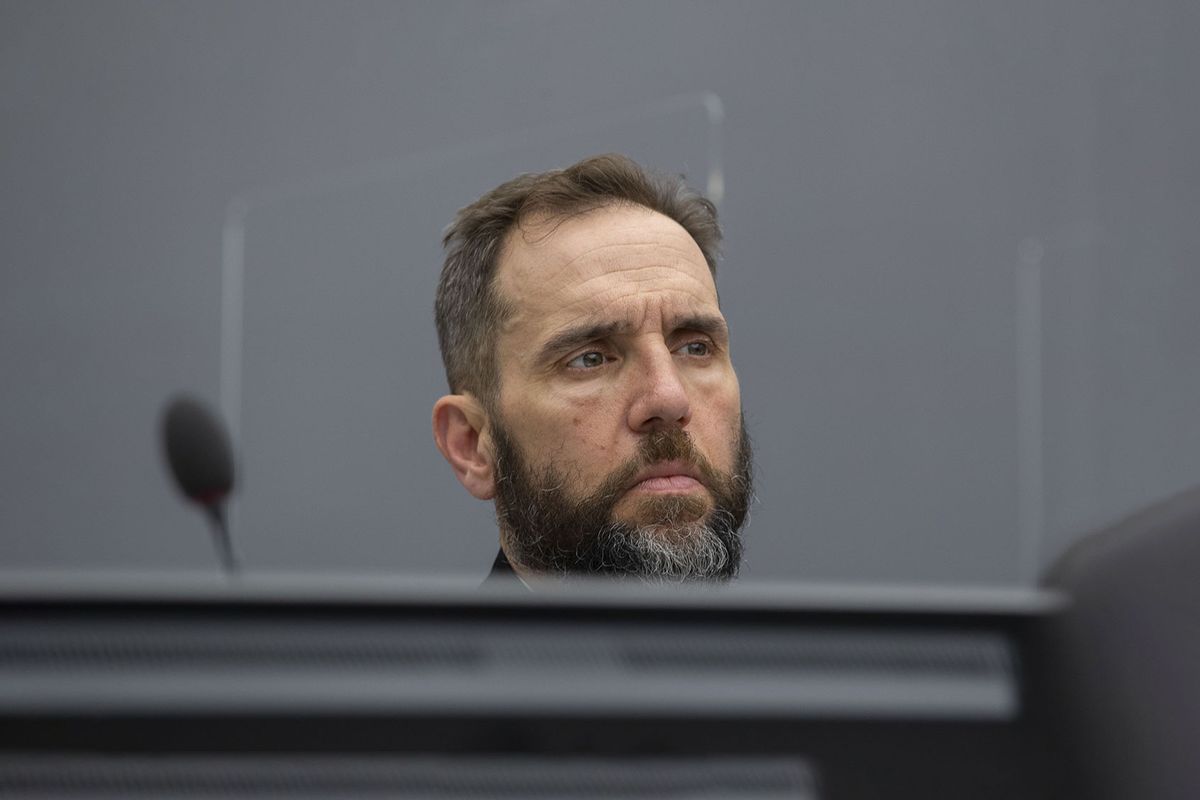 Prosecutor Jack Smith of the US waits for the start of the court session of Kadri Veseli's initial appearance at the Kosovo Specialist Chambers court in The Hague, on November 10, 2020. (PETER DEJONG/ANP/AFP via Getty Images)
--

According to a report from CNN, newly appointed special counsel Jack Smith has hit the ground running after taking over at least two criminal probes into Donald Trump's links to the Jan. 6 insurrection and his hiding of government documents at Mar-a-Lago.

As the report notes, Smith will not follow in the footsteps of former special counsel Robert Mueller in how he deals with Trump's criminality and will instead conduct in the management style of a U.S. Attorney.

CNN reports, "Smith takes over a staff that's already nearly twice the size of Robert Mueller's team of lawyers who worked on the Russia probe. A team of 20 prosecutors investigating January 6 and the effort to overturn the 2020 election is in the process of moving to work under Smith, according to multiple people familiar with the team," before adding, "According to several people familiar with his appointment, Smith will operate more like a US Attorney – managing an existing team of career prosecutors already working on the cases, and signing off on evidence they bring him – rather than as a de facto-department head like Mueller, who tapped several lawyers from outside the Justice Department to pursue parts of the Russia investigation from scratch."

Opinions among Trump lawyers vary on what to expect from the prosecutor who was recalled from Europe by Attorney General Merrick Garland to take over investigating the former president.

According to one Trump insider, some attorneys for the former president think it's a good sign Smith has been working in Europe since the Jan. 6 insurrection.

"The fact that they found a guy who has been in Europe for the past several years, without his brain marinating in the soup of January 6th coverage, that's a good thing," they explained.

That runs counter to those surrounding Trump who "are concerned that Smith's appointment signals a more aggressive stance from Attorney General Merrick Garland, characterizing him as a 'hit man' who is likely to bring a prosecution."