Cryptocurrency was always a scam — powered by white male privilege 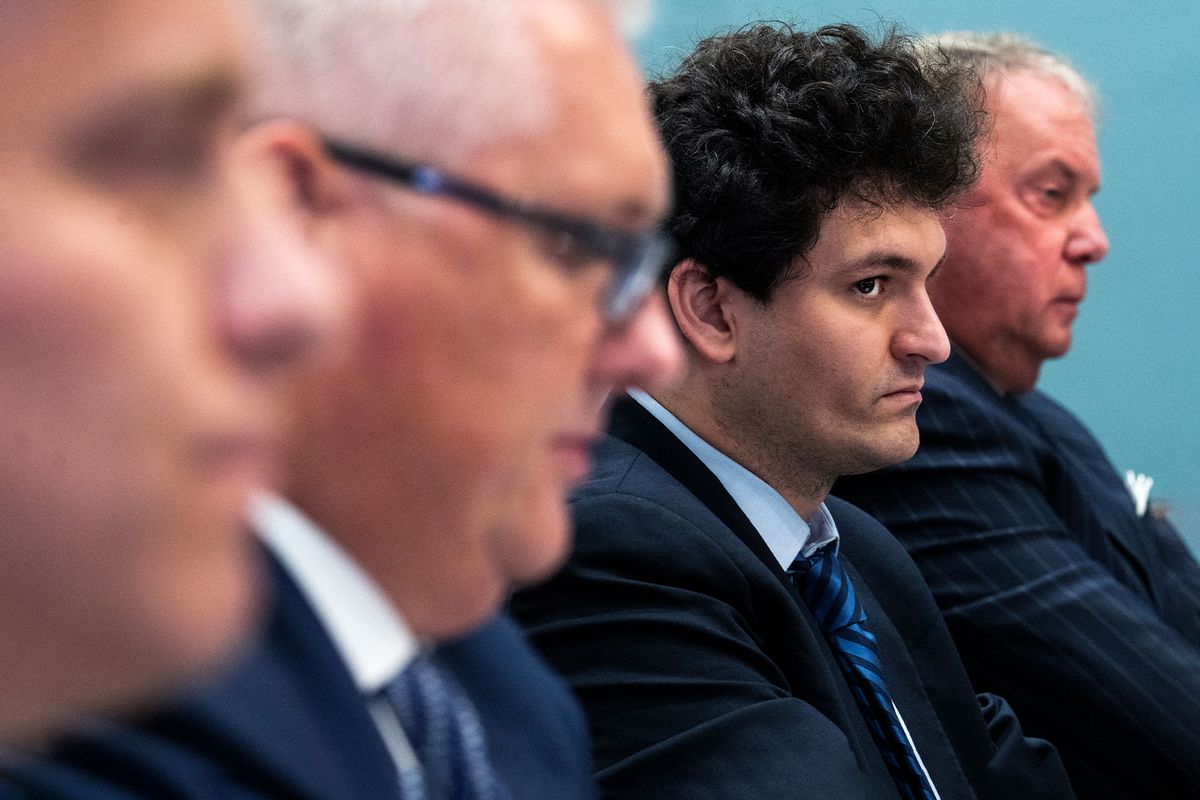 After the dramatic arrest of former FTX CEO Sam Bankman-Fried in the Bahamas on Monday night, the Department of Justice laid out a series of fraud charges against him for allegedly running a massive cryptocurrency scam. It makes for some dry reading material: Wire fraud, misleading investors, violating campaign finance laws. Less dry, however, are the details of how Bankman-Fried was living on his alleged ill-gotten gains. As Fortune reported last month, the shorts-and-T-shirt enthusiast who claimed he was "not that much of a consumer" resided in a $30 million penthouse in a Bahamian community that offers such amenities as "an 18-hole golf course designed by Ernie Els, a 71-slip mega yacht marina and eleven closed-to-the-public restaurants."

That's pretty sweet for a guy who wanted his fans to believe he didn't take showers and mostly slept in a beanbag at the office.

Reams of pixels have been shed in dissecting how Bankman-Fried purportedly told endless lies to reporters, investors and random audience members at TED Talk-style events, so we shall not recount that here. What's more important is that despite all the massive hype — and the eye-rollingly earnest Super Bowl commercials starring Matt Damon — there have been plenty of people all the way along trying to expose not just Bankman-Fried but the entire world of cryptocurrency as the scam it is. For the most part, they've been ignored.

This has been incredibly frustrating for the skeptics, because it really should have been obvious that crypto is silly nonsense. It's fake money propped up not by a government with a central bank, but by, uh, a bunch of interlocked computers. Even the assets that have been linked to crypto, in order to create a semblance of real-world value — such as NFTs — are meaningless crap, one laptop tumble into a bathtub away from getting destroyed. Yet billions of dollars keep getting dumped into this scam, over and over, despite the endless cycle of scandals and crashes that remind us on the regular that this is bad business.

How do they keep scamming people? James Block, who runs the crypto-skeptical newsletter Dirty Bubble Media, told the Atlantic that part of it is just about that old scammer trick, made-up jargon: "Crypto hides behind all this complexity, and people hear words like blockchain and get confused. You hear about decentralized networks and mining, and it sounds complicated."

Which is all true, but also, I can't help adding that if a bunch of women or people of color started talking like that, they'd be laughed into oblivion without netting a cent. Technobabble sounds convincing — to some folks, anyway — only when it comes from people who fit the stereotype of the "computer genius" that has been built up over the past few decades: White, male and slovenly.

Technobabble sounds convincing — to some folks, anyway — only when it comes from the mouths of "computer geniuses," who by definition are white, male and slovenly.

The hoodies-and-shorts "computer guy" uniform should be understood as "slob drag," and is just as much a costume as the high-femme presentation of Kim Kardashian or the high camp of Billy Porter showing up at the Met Gala draped in golden fabrics. It's an overt signal that the slob is actually a "genius" who spends too much time doing brilliant stuff in his head to care about how he looks.

But it's also about signaling white male privilege: the idea that this person is so high up the hierarchy that he need not care what others think of his looks. It's a privilege not available to anyone else. Even Theranos scammer Elizabeth Holmes, despite explicitly modeling her look on Steve Jobs, knew well enough to wear makeup and keep her clothes and hair neat and clean. Sloppy women don't look like "geniuses," just slobs.

What especially telling about Bankman-Fried is how he used high-minded language about "effective altruism" and donations to the Democratic Party to purchase a kind of trust. The fantasy of the white male savior still holds a lot of sway. One can easily see how this might appeal to well-heeled "moderates" who don't want to be associated with the Republicans — a party of bigots led by a half-literate sociopath — but would also prefer not to confront deeper questions about whether real social justice might mean redistributing more power to people who aren't rich white men. It's still more comfortable to tell a story about how the rich white guys will take care of everyone else, if we just get out of their way while they make even more money.

Of course, all of this turned out to be nonsense in Bankman-Fried's case, and not just because of the expensive real estate. He has admitted that he also gave plenty of money to Republicans under the table, because he knew that his highly profitable image of benevolence might be damaged if those donations became public. If you dig even deeper into the discourse around "effective altruism," things get even hairier. As Rebecca Watson of Skepchick pointed out in a recent video, the language of "optimizing" and "maximizing" humanity, especially when tied to the implicit assumption of white male genius, is a short leap away from arguing for eugenics. As she notes, a lot of these youthful zillionaires "also believe that their wealth and success and apparent intelligence are coded in their genes," leading them to conclude that it's their moral duty to outbreed supposedly lesser beings.

Indeed, Caroline Ellison, Bankman-Fried's close associate who used her company as cover for some of FTX's shady business deals, allegedly has a blog on Tumblr that alluded to exactly these beliefs. She reportedly wrote at length about her interest in "human biodiversity," which is white supremacist code for the idea that some races are "naturally" more intelligent than others. This blog also approvingly quoted a user who wrote, "I breathe a sigh of relief every time someone makes a racist joke or mocks social justice, because it means I'm in a safe space."

Bankman-Fried's legal troubles are playing out alongside the ongoing headline-hogging by Elon Musk, another white-guy billionaire who has coasted on racialized assumptions of his "genius" and a collective credulity toward his assertions of good intentions. Musk has also, unsurprisingly, has played a major and self-serving role in propping up the crypto illusion. As Emily Parker wrote in the Washington Post last year, Musk has a habit of manipulating crypto markets, by driving his legions of fanboys to buy or sell on command:

Not long after he announced in February that Tesla would invest $1.5 billion in bitcoin, the price of one bitcoin hit a high, crossing $50,000 for the first time. Then, this month, Musk changed tack: Citing the environmental cost of bitcoin mining's use of computing power, he announced that Tesla would no longer accept payment in the currency.

Cryptocurrency is sold to gullible investors by exploiting cynicism about existing banking systems and government regulators, which is plenty understandable after the 2008 crash. But while congratulating their marks for supposedly being smart enough to see through the faulty "full faith and credit" of the U.S. government, crypto hucksters appeal to an even shakier basis for faith: White male privilege. Their audiences trust that a young white guy who eschews clean clothes and decent haircuts must be a genius who's ready to show you the secret path to endless wealth.

All this certainly makes the marks of the cryptocurrency crash more difficult to sympathize with, but still, we should be concerned. The amount of money being lost to these scams will have shock effects well beyond the wallets of the suckers who keep on trading real money for the fake kind. Ideally, people would just get over the fantasy of the white male genius savior already. But that's unlikely to happen soon. So here's hoping that Bankman-Fried's arrest at least leads to some real movement toward regulating these shameless grifters out of existence.

about Sam Bankman-Fried and the latest crypto crash