New York Rep.-elect George Santos' alleged past employers have no record of him working there 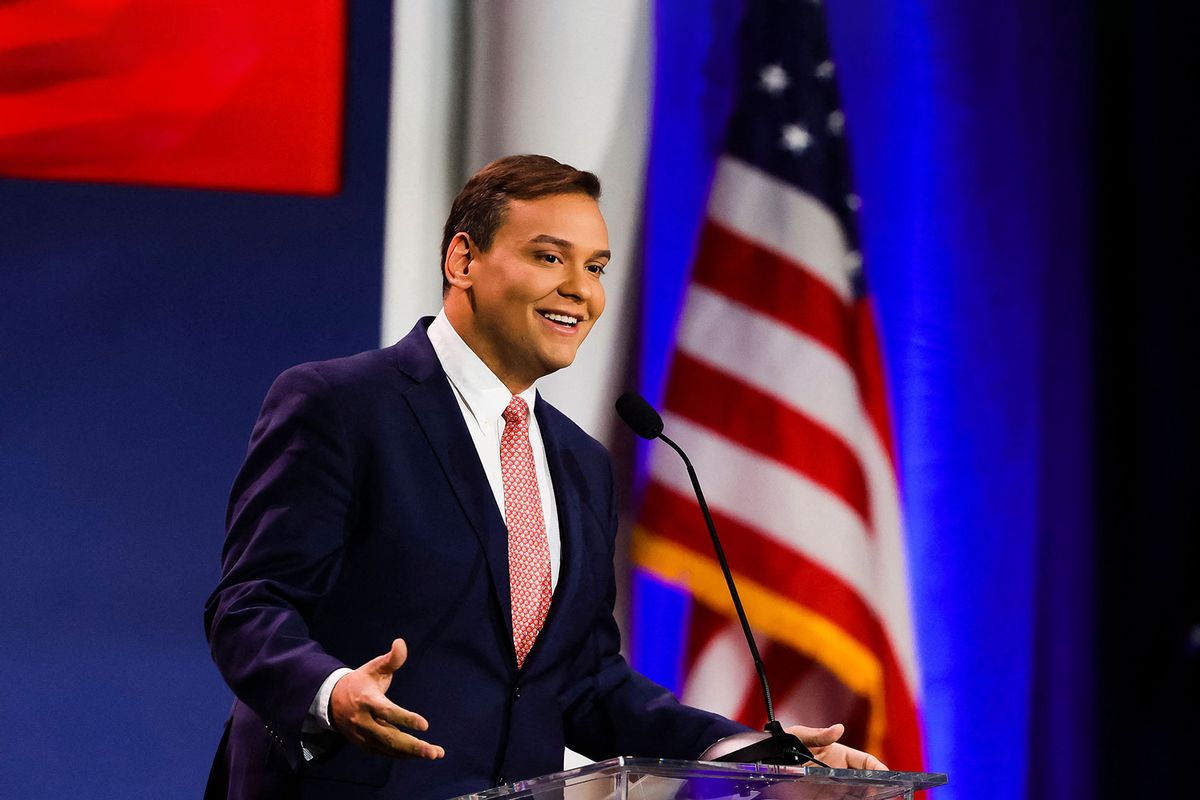 George Santos, who flipped the House seat in New York's 3rd Congressional District last month, made history as the first openly gay Republican to win a House seat as a non-incumbent, but his résumé appears to be filled with falsehoods, according to a deep dive by The New York Times.

Santos campaigned on being the "full embodiment of the American dream," and painted himself as a "seasoned Wall Street financier and investor" with an animal rescue charity that saved over 2,500 cats and dogs, The Times reported.

But his portfolio fails to hold up the fictions he sold to voters while on the campaign trail.

Santos' work history listed on his campaign biography mentions that he worked at Citigroup and Goldman Sachs, but both of the Wall Street firms told the Times "they had no record of his ever working there."

Similarly, officials at Baruch College found no record of Santos or anyone with a matching name and date of birth graduating from the college in 2010 despite Santos claiming he received a bachelor's degree in economics and finance.

The Internal Revenue Service also could not locate any record of a registered charity with the name Friends of Pets United – Santos' animal rescue group, which he claimed to run for five years.

He cited the group as proof of a history of philanthropic work while running for the seat. The group held a fundraiser with a New Jersey animal rescue group in 2017, charging $50 for entry. But the event's beneficiary never received any of the funds, according to the report.

The incoming congressman has also claimed to have a family-owned real estate portfolio of 13 properties, but The Times found no records of such properties.

Santos' history also has the potential to pose ethical and even potential legal challenges once he takes office.

Santos omitted key information on his personal financial disclosures and was charged with check fraud in Brazil, according to The Times.

Santos, whose parents emigrated from Brazil, spent some time there in 2008. When he was 19 years old, he stole the checkbook of a man his mother was caring for, according to Brazilian court records uncovered by The Times.

He then used the checkbook to make fraudulent purchases and bought a pair of shoes. Santos confessed to the crime two years later and was ultimately charged, police and court records revealed. But the case remains unresolved, the court and local prosecutor in Brazil confirmed to The Times. Santos did not respond to an official summons, and a court representative could not find him at his given address.

The time period overlapped with when Santos claims he attended Baruch College, but no evidence confirms this to be true.

The National Republican Congressional Committee, which is the House Republicans' campaign arm, claims that Santos attended New York University, but an NYU spokesman found no attendance records matching his name and birth date, The Times reported.

If his resume wasn't enough of a mystery, Santos has also added other fictional tales to his portfolio, claiming that his company "lost four employees" at the Pulse nightclub shooting in June 2016.

But none of the 49 victims appear to have worked at any of the firms named in his biography, according to a Times review of news coverage and obituaries.

Santos did not provide any documentation to refute The Times' reporting, but his lawyer Joe Murray did provide a brief statement accusing the company of "attempting to smear his good name with these defamatory allegations."