Jan. 6 assault reflected a deep American division: Whose democracy is it? 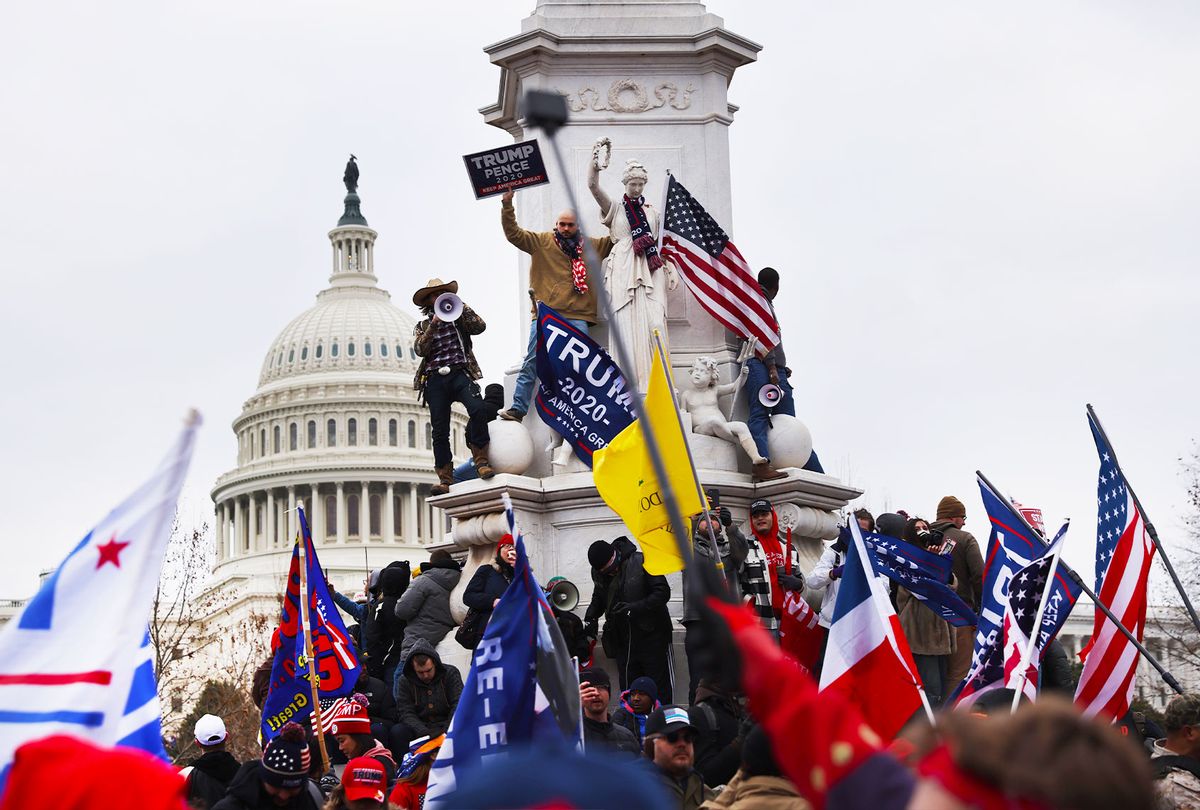 The enemies of democracy who stormed the U.S. Capitol building on Jan. 6, 2021, aiming to overturn a presidential election were in effect privileging their votes over those of the majority of voters. After their side had lost the election, as well as the various recounts and court challenges, these rioters followed the lead of the losing incumbent president in his attempt to overturn the election results by force and violence. That president has now been referred to the Justice Department for possible prosecution on a number of criminal charges, an unprecedented step taken by the House select committee investigating the insurrection, which is sure to be dissolved with the new Congress next month.

The actions of the lame-duck president's supporters and those members of Congress who voted later that night not to certify the election of Joe Biden shared an evident belief that all people are not in fact equal, and that some are more deserving of rights than others. In defiance of the law and the Constitution, these Trumpist loyalists were in effect weaponizing citizenship, in the phrase of Michael Belleisles, by "claiming a determinative right as 'real Americans,' the embodiment of the 'true America,' to place themselves in a category of citizenship enjoying certain" inalienable rights that are denied to others.

Criminal referral for Trump is coming — but it's the Jan. 6 evidence that matters

Democracy, from its Greek roots kratia, means to rule by demos or the people. More precisely, democracy refers to a polity ruled by free, as contrasted with unfree (or enslaved), people. This concept of democracy, which always embodies concepts of privilege and inequality, has its roots in the historical distinction between citizens with the franchise to vote and subjects without it. From its inception, our nation has always been something other than a democracy, as initially most members of American society were subjects of the law, not citizens or rulers of the law.

To this point, the United States has been a federal republic of states, ruled today by 51 constitutions. In its earliest years the nation was ruled by elected and appointed representatives dependent on the voting power of white male property owners. Over the course of its history, America has struggled over the expansion of the franchise as well as the contraction of privilege or inequality to become a more perfect union.

The Jan. 6 rioters were "weaponizing democracy," claiming that they signified the "true America," and possessed certain inalienable rights of citizenship correctly denied to others.

The actions of the Jan. 6 insurrectionists were rooted in a traditional division established by the Naturalization Act of 1790 that viewed citizenship as limited by ethnicity, religion and gender. More than a half-century later, Chief Justice Roger Taney declared in the 1857 Dred Scott decision that Black people could never be citizens, since the Constitution had been written by and for white men. After the Civil War, the 14th Amendment created a uniform standard of citizenship that temporarily included all males born or naturalized under the full and equal protection of law.

Subsequently, legislators, congressmen and judges "used the lesser citizenship status of women as an obvious justification for creating different legal castes" as in the imposition of segregation after the end of Reconstruction. Similarly, the Supreme Court stepped in to undermine the 14th Amendment as well, "allowing full citizenship to be used as a weapon by elites against those who failed to be born white men," most notably in Plessy v. Ferguson.

Even after the passage of the 19th Amendment granting women the right to vote, which was ratified in 1920, numerous efforts to deny women full citizenship remained in place, often preventing them from owning property, engaging in "men's work" or barring married women from holding credit cards in their own names. Likewise, the denial of basic rights to Native Americans, convict laborers and interned Japanese-Americans — and, most recently, voter suppression laws or gerrymandering targeting Black and Latino voters in particular — have constituted a citizenship caste system.

As presidential historian Michael Bellesiles, also quoted above, has written:

The concept of equality shapes definitions of citizenship. If we think that some people deserve more rights than others, then citizenship takes different forms for different groups. The January 6 insurrectionists expressed a certainty that their opinions mattered more, reflecting a heritage that has denied the full citizenship of non-whites. In some ways, their perspective is accurate, since the inequality of citizenship rights is built into our political system. The Senate and Electoral College ensure that some people always matter more than others. For instance, Wyoming's 575,000 people have the same representation in the Senate as California's 40 million … while the 700,000 residents of Washington, D.C., have no political citizenship in the Senate.

Ideally, a democracy should be one person, one vote, at least on those things that impact the commonwealth and affect all of us. To this very day, the ongoing struggle to fulfill the ideals, if not truths, held by the authors of the Declaration of Independence that all people are equal and entitled to the same unalienable rights, is still a work in progress. Likewise, the ongoing struggles to establish local, state and national governments whose democratic powers are derived from the consent of all the governed is also a work in progress. The United States will remain an imperfect union until such time as all these political struggles are realized in full measure.

Rule by equals is the keystone of democracies because of its "fundamental moral commitment" to the democratic idea that "I have no greater or lesser right to decide how we will live together than you have." When decisions are made that are binding on all women and men, then the people must decide. Democratic majorities rather than representative minorities are the best stand-in for the people. Anchoring legitimate power to the people is not an end but only the means, or a prerequisite, for making democratic equality real in everyday life. As James Madison is credited for writing in Federalist Nos. 51 and 53, "You must first enable the government to control the governed, and in the next place oblige it to control itself."

about the Jan. 6 committee's final hearing

Gregg Barak is an emeritus professor of criminology and criminal justice at Eastern Michigan University, co-founder and North American editor of the Journal of White Collar and Corporate Crime, and author of "Criminology on Trump." He is currently writing the sequel, "Criminalizing a Former President: The Case of Donald Trump and the Missing Struggle for a New Democracy."