Legal experts say Trump and his associates may be liable in Dominion's $1.6B defamation suit based on report 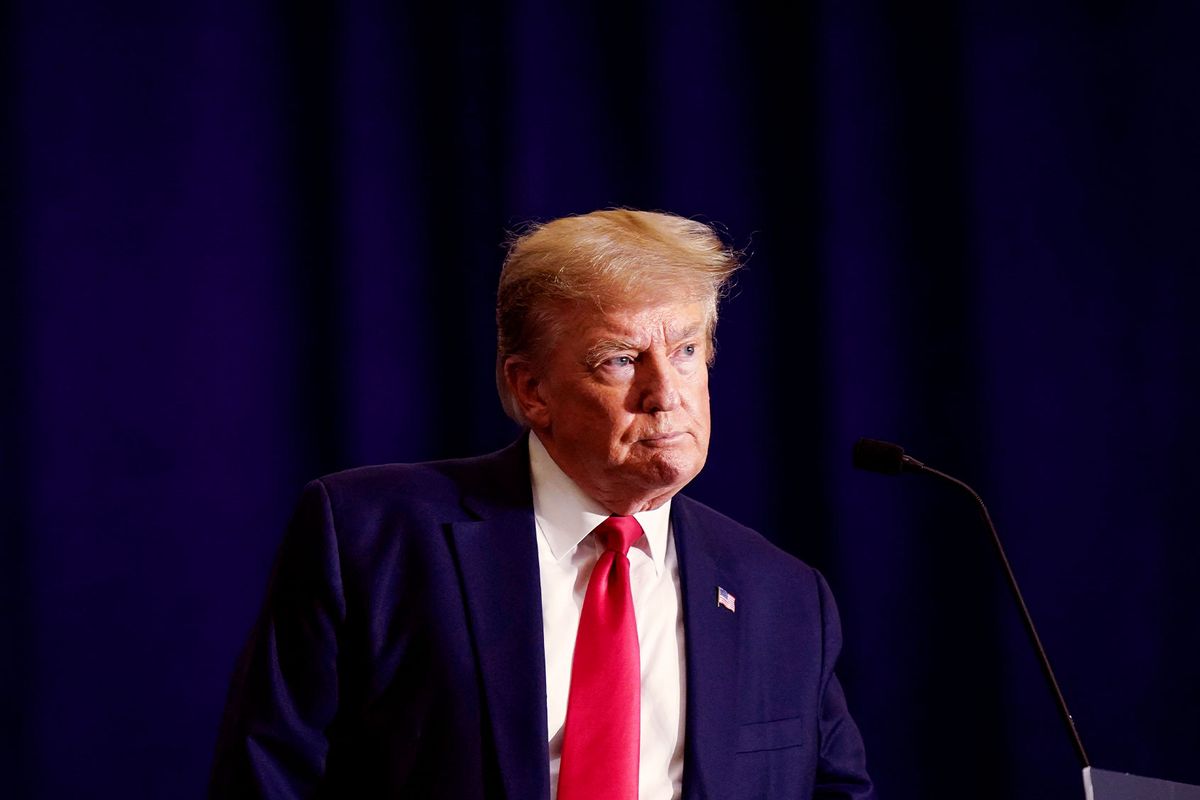 The Jan. 6 committee released its final 800-plus-page report on Thursday, calling former President Donald Trump the "central cause" of the attack on the Capitol.

Legal experts noted that in addition to four criminal referrals, the committee's report may open up other legal liabilities for Trump, including potential liability in Dominion Voting Systems' $1.6 billion defamation lawsuit against the former president's allies.

New York University Law Professor Ryan Goodman pointed out that the report "opens doors wide for Dominion Voting Systems to sue former president Trump for defamation," and that there are "hundreds of millions of [dollars] potentially at stake."

Hundreds of millions of $$$ potentially at stake.

"Trump demonstrated a conscious disregard for the facts and continued to maliciously smear Dominion."

Goodman, who has previously written on the topic, explained that "almost every expert said a defamation suit brought by Dominion against Trump would be very strong." He also noted that Dominion has done very well in other defamation cases against other Trump associates.

I previously interviewed experts on this very topic.

"Almost every expert said a defamation suit brought by Dominion against Trump would be very strong ..."

Note: Dominion has done very well so far in defamation cases against other Trump associates.https://t.co/2A6Jm31JWN

"Never understood why Trump was not included in this suit," agreed former Justice Department prosecutor Andrew Weissmann, who served on special counsel Bob Mueller's team. "It's been brilliant so far and has caused Rudy and Sidney to clam up."

Never understood why Trump was not included in this suit. It's been brilliant so far and has caused Rudy and Sidney to clam up. https://t.co/AxFY1RwMSZ

CNN legal analyst Norm Eisen wrote on Twitter that of the biggest surprises in the report, one is "how many OTHER forms of legal liability besides criminal report drives against Trump and his co-conspirators."

What are biggest surprises in the Jan 6 report? i'll join @CNN shortly to discuss with the greats @thelauracoates & @harrylitman

Experts also predict potential liabilities for other Trump associates, including the former president's chief of staff, Mark Meadows. "He's going down for this," Weissmann predicted.

And Meadows is central player. He's going down for this. https://t.co/wO3qkVXKUi

Former Attorney General Eric Holder tweeted in June that "all lawyers involved in the plot to stop the transfer of power as part of the 1/6 conspiracy must be disbarred." Harvard Law professor Laurence Tribe on Friday wrote that he "couldn't agree more."

"From Eastman and Chesebro to Giuliani and Powell and at least a half dozen others, those so-called attorneys disgrace the law and endanger democracy," Tribe wrote. "None should evade disbarment. Some should face prison terms."

I couldn't agree more. From Eastman and Chesebro to Giuliani and Powell and at least a half dozen others, those so-called attorneys disgrace the law and endanger democracy. None should evade disbarment. Some should face prison terms. https://t.co/RcL2bWY73i

Watergate lawyer Nick Akerman told CNN that from what he read of the Jan. 6 report, the evidence "proves that Donald Trump is guilty of these crimes, beyond a reasonable doubt."

Trump rages on Truth Social after Jan. 6 report blames him for Capitol riot

Akerman referenced a Dec. 31, 2020 email from John Eastman "where he writes to the other lawyers on the team, saying that they are about to file a federal lawsuit in Georgia, but they are concerned, now because they initially filed a lawsuit in Georgia state court. And Donald Trump had submitted a declaration there, basically stating that so many dead people were voting, that so many felons voted, and that a certain number of people that don't even live in the state of Georgia."

However, as Akerman explains, Trump knew that the claims were false, but the only way they could file a federal suit was to repeat the same lies.

Despite being told by Raffensperger that the issues cited weren't true, Trump still made the claims publicly the following day.

"So, you've got this evidence, and the same lies that were repeated, in Arizona, the repeated in Wisconsin," Akerman described. "When you start to put together this web of evidence, the details, the minute new details that are sprinkled throughout this report, it's from a case that can be proven beyond a reasonable doubt."

about the final Jan. 6 committee report