Why do so few adults participate in actions to encourage governments to do more about climate change? 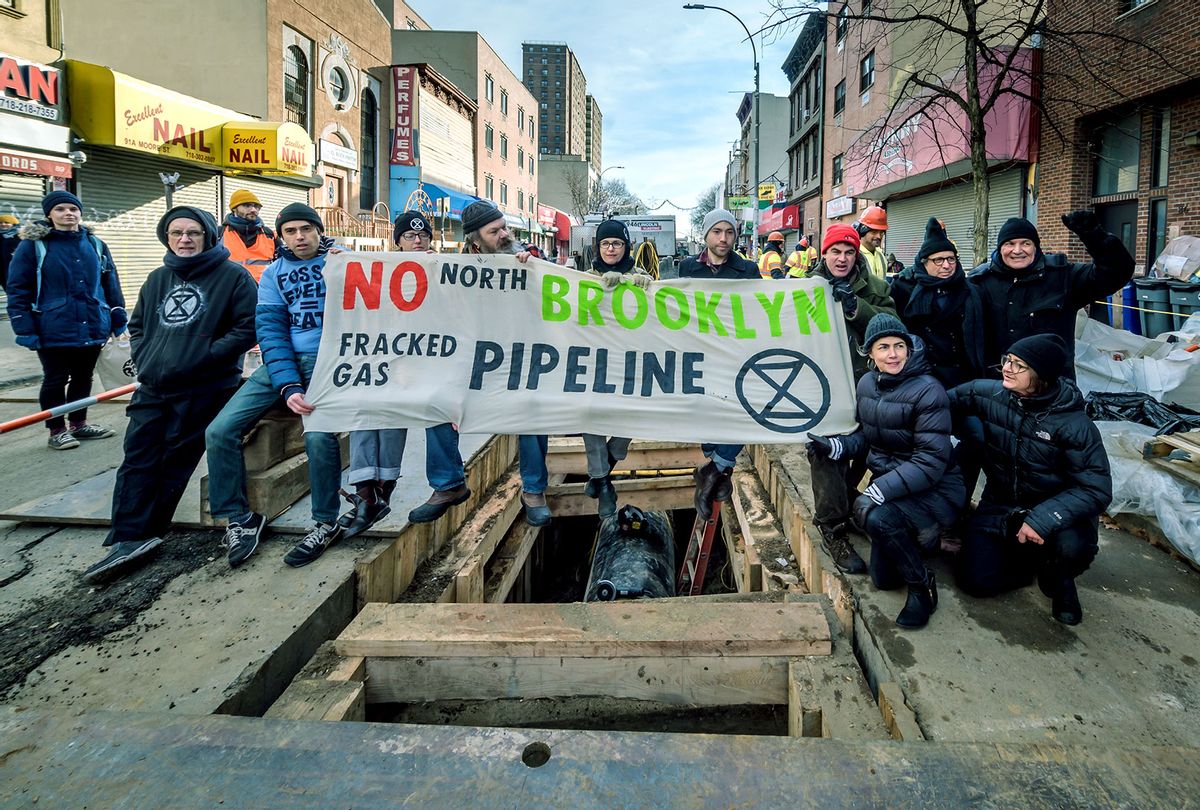 Protesters holding a banner during the construction blockade. 10 people from the climate activist group Extinction Rebellion NYC (XRNYC) were arrested in Bushwick for blocking the construction of the North Brooklyn fracked gas transmission pipeline for over 2 hours in a non-violent civil disobedience protest of this massive fossil fuel project. (Erik McGregor/LightRocket via Getty Images)
--

Global warming has increased the number of extreme weather events around the world by 400% since the 1980s. Countries know how to stop the damage from worsening: stop burning fossil fuels and shift to renewable energy, electrify transportation and industry, and reduce the carbon intensity of agriculture.

But none of this is happening fast enough to avoid warming on a catastrophic scale.

In my new book, "The Climate Crisis," I lay out the mechanisms and impacts of the climate crisis and the reasons behind the lack of serious effort to combat it. One powerful reason is the influence that the fossil fuel industry, electric utilities and others with a vested interest in fossil fuels have over policymakers.

But there's another reason for this inaction that everyone has the ability to change: response skepticism – the public doesn't believe in its own political power enough or use it.

When people speak up and work together, they can spur powerful changes. You can see this in university students demanding that their chancellor retire the campus fossil fuel power plant and switch to renewable electricity. You can also see it in ranchers in Colorado pushing their governor to enact a clean electricity standard so that they can benefit from having wind turbines on their lands. 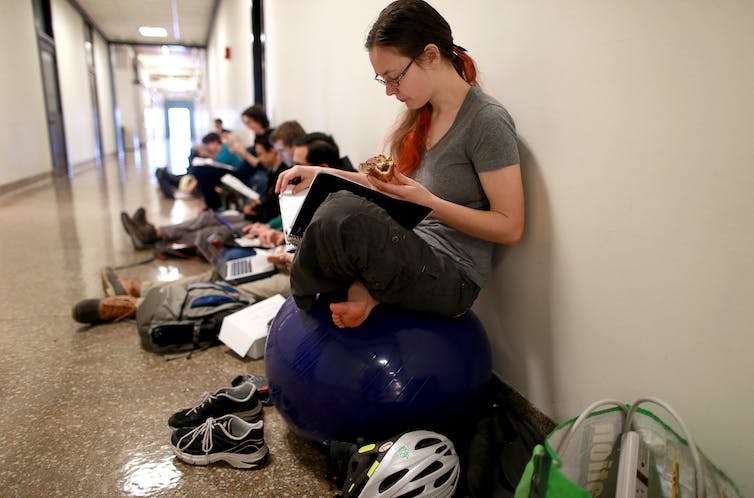 MIT students study while staging a sit-in outside the university chancellor's office in 2016 calling for the university to divest from fossil fuels. Photo by Jonathan Wiggs/The Boston Globe via Getty Images

Yet, while 70% of American adults describe climate change as an important concern, only 10% say they volunteered for an activity focused on addressing climate change or contacted an elected official about it in the previous year, according to a 2021 Pew Research Center poll.

Why do so few adults participate in actions to encourage governments and decision-makers to do more about climate change, even though surveys show they support doing so, and how can they overcome the skepticism holding them back?

What prevents people from speaking out

Polls show some people see how money from wealthy industries and individuals influences politicians and don't believe politicians listen to the public.

Others are distracted by arguments that can tamp down engagement, such as campaigns that urge people to focus on individual recycling, or ask why the U.S. should do more if other countries aren't, or argue that that there's no need to rush because future technology will save humanity. Some believe that corporate and university promises to reach carbon neutrality in the future – often far in the future – are enough.

These narratives can be seductive. The focus on recycling, for example, offers a sense of satisfaction that one accomplished something. The arguments that China emits more greenhouse gases and that future technology will fix everything appear to exonerate people from having to take any steps now.

Studies have found that participating in local climate actions may require a constellation of values, attitudes and beliefs, including believing in one's own ability, and the group's, to get things done. Some of these beliefs can be developed through practice in organizing together, which is often downright fun, and has other psychological benefits that flow from increased solidarity in an often alienating society.

What I believe is particularly important is having a local theory of change – believing that, while human-caused climate change is a global problem, it is worthwhile taking local action.

Research and history suggest that local action is more powerful than many people realize. Here are three key reasons:

First, much of the policy change that can affect climate change is local rather than national.

For example, replacing fossil fuel power plants with renewable energy technology can help lower greenhouse gas emissions. Much of this is under the control of state governments, which delegate the authority to public utility commissions. The public can pay attention to what utilities and public utility commissions do, and let their governors know that they are watching by writing letters and joining local groups that make their voices heard.

Cities can set policies to replace natural gas with electric appliances in homes and buildings, encourage homeowners to install efficient electric heat pumps and determine whether investments are made in public transit instead of freeways. When pressured, city officials do enact these policies.

Second, local wins can become contagious. In 1997, a handful of advocates in Massachusetts won their battle for a local policy under which a portion of electricity bill payments went to a not-for-profit agency that funneled money toward renewables. By 2022, this policy, known as community choice aggregation, was adopted by over 1,800 local governments across six states, affecting millions of people. Local action can also create learning curves for technology – pushing for more solar and wind turbines leads to increased manufacture and price drops.

There are many historical examples, from the suffragette movement that won U.S. women the right to vote, to the fight for a 40-hour work week. Local action in the Southern U.S. catalyzed 1960s civil rights laws. Local action for same-sex marriage, starting in San Francisco, led to state laws and ultimately to federal legislation signed in December 2022 that prohibits states from refusing to recognize out-of-state marriages based on sex, race or ethnicity.

Environmental regulation in the 1970s is a striking case. It started with public alarm about cities clouded in smog, rivers catching fire from industrial waste and beaches fouled by oil spills. Citizens organized thousands of protest actions, and municipalities responded by implementing environmental enforcement.

The lawsuits that followed were very costly for corporate interests, which then supported federal intervention as a way to have predictable rules. It was President Richard Nixon who signed some of the furthest reaching legislation ever.

In 2022, Congress passed the Inflation Reduction Act, which authorizes nearly $400 billion of climate-related spending over 10 years. I believe the youth-led Sunrise Movement can claim a major role in its success.

The group has relentlessly organized marches and demonstrations in dozens of cities since 2019 and pressured Democrats in Congress. While the result fell short of the group's vision for a Green New Deal, it went further than any previous climate-related law.

Group action targeted at local decision-makers is a time-honored tradition – and I believe necessary in the current political environment for action on climate change.